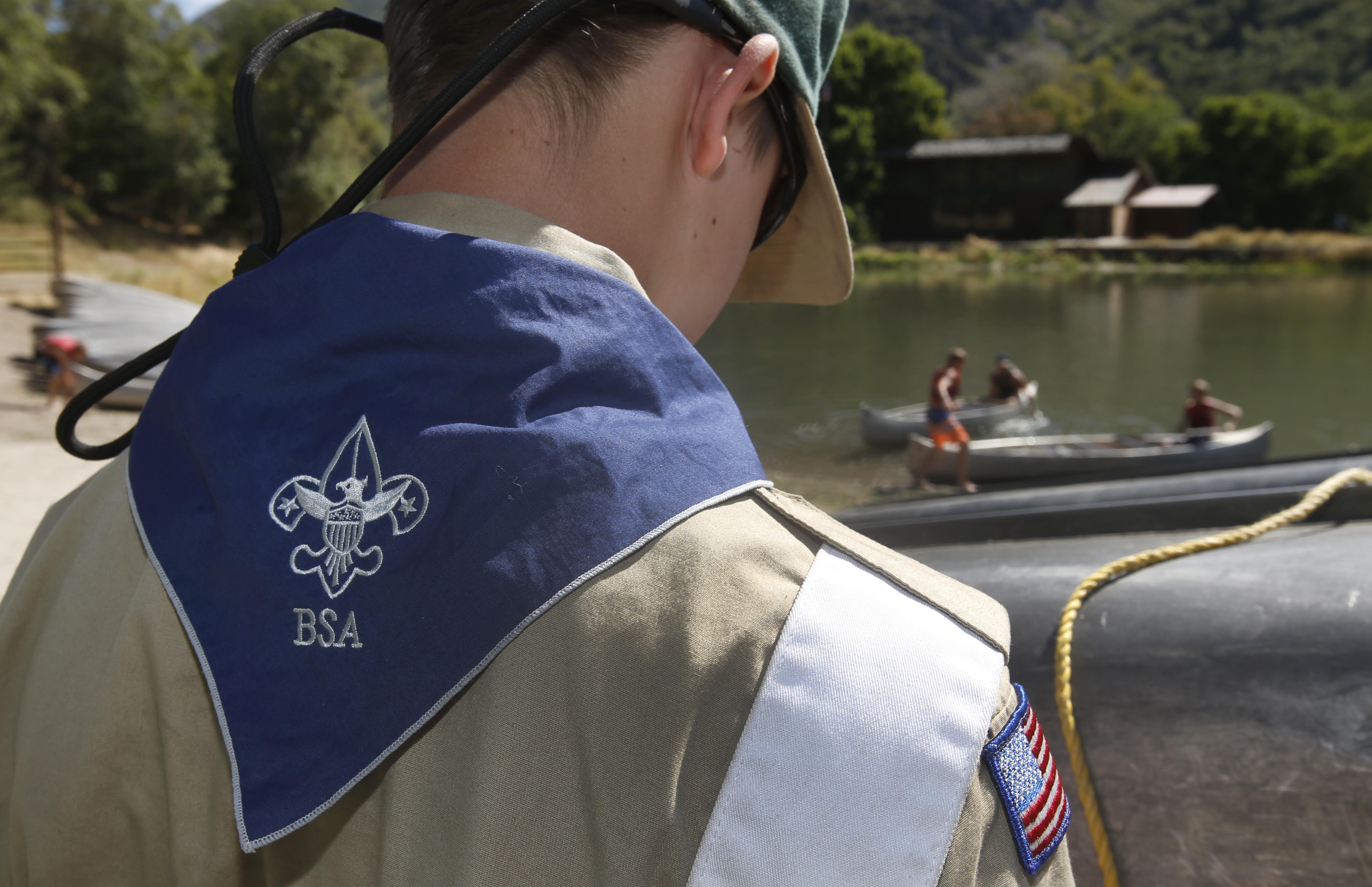 NEW YORK -- For 108 years, the Boy Scouts of America's flagship program has been known simply as the Boy Scouts. With girls soon entering the ranks, the group says that iconic name will change. On Wednesday, the organization announced a new name for its Boy Scouts program: Scouts BSA. The change will take effect next February.

Chief Scout Executive Mike Surbaugh said many possibilities were considered during lengthy and "incredibly fun" deliberations before the new name was chosen.

"We wanted to land on something that evokes the past but also conveys the inclusive nature of the program going forward," he said. "We're trying to find the right way to say we're here for both young men and young women."

The parent organization will remain the Boy Scouts of America, and the Cub Scouts -- its program for 7- to 10-year-olds -- will keep its title, as well.

The organization has already started admitting girls into the Cub Scouts, and Scouts BSA begins accepting girls next year.

Surbaugh predicted that both boys and girls in Scouts BSA would refer to themselves simply as scouts, rather than adding "boy" or "girl" as a modifier.

The program for the older boys and girls will largely be divided along gender-lines, with single-sex units pursuing the same types of activities, earning the same array of merit badges and potentially having the same pathway to the coveted Eagle Scout award.

Surbaugh said that having separate units for boys and girls should alleviate concerns that girls joining the BSA for the first time might be at a disadvantage in seeking leadership opportunities.

So far, more than 3,000 girls have joined roughly 170 Cub Scout packs participating in the first phase of the new policy, and the pace will intensify this summer under a nationwide multimedia recruitment campaign titled "Scout Me In."

The name change comes amid strained relations between the Girl Scouts and Boy Scouts of America.

Girl Scout leaders said they were blindsided by the move, and they are gearing up an aggressive campaign to recruit and retain girls as members.

Among the initiatives is creation of numerous new badges that girls can earn, focusing on outdoor activities and on science, engineering, technology and math. The organization is expanding corporate partnerships in both those areas, and developing a Girl Scout Network Page on LinkedIn to support career advancement for former Girl Scouts.

"Girl Scouts is the premier leadership development organization for girls," said Sylvia Acevedo, the Girl Scouts' CEO. "We are, and will remain, the first choice for girls and parents who want to provide their girls opportunities to build new skills ... and grow into happy, successful, civically engaged adults."

The Girl Scouts and the BSA are among several major youth organizations in the U.S. experiencing sharp drops in membership in recent years. Reasons include competition from sports leagues, a perception by some families that they are old-fashioned and busy family schedules.

The Boy Scouts began as a movement in England in the early 20th century. It took off in America almost immediately as a way to keep young men (as the Scout Oath puts it) "physically strong, mentally awake and morally straight." Tens of millions of American boys have taken that oath, and only the most determined attain scouting's highest rank: Eagle Scout, an elite group of American men, from billionaires like Michael Bloomberg to presidents like Gerald Ford.

Since the early 1970s, the Boy Scouts have lost two-thirds of their annual membership -- some four million boys. And that's a tradition they want to change while still preserving almost everything else.

The overall impact of the BSA's policy change on Girl Scouts membership won't be known any time soon. But one regional leader, Fiona Cummings of Girl Scouts of Northern Illinois, believes the BSA's decision to admit girls is among the factors that have shrunk her council's youth membership by more than 500 girls so far this year.

She said relations with the Boy Scouts in her region used to be collaborative and now are "very chilly."

"How do you manage these strategic tensions?" she asked. "We both need to increase our membership numbers."

"If the best fit for your girl is the Girl Scouts, that's fantastic," he said. "If it's not them, it might be us."