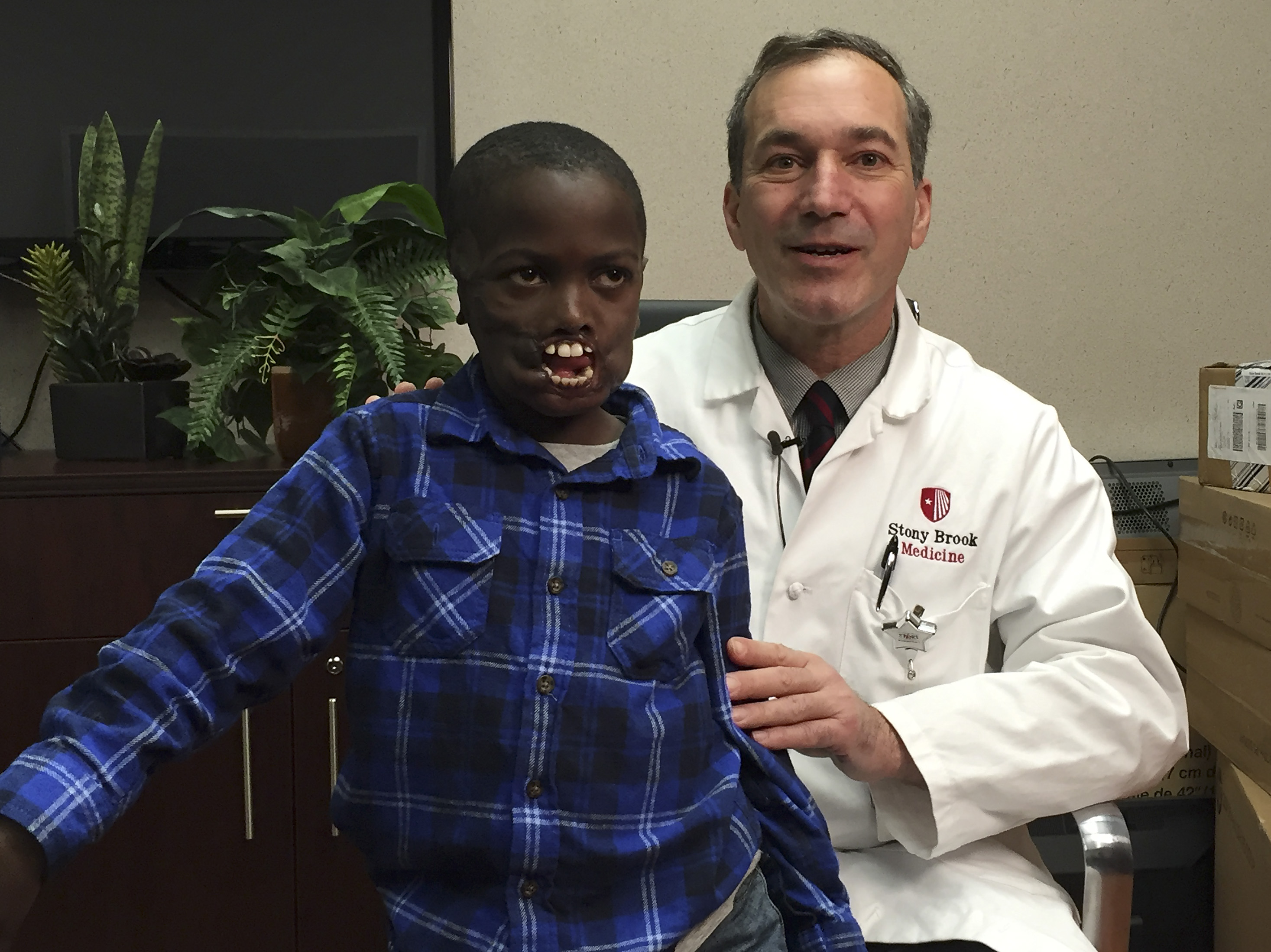 A Congolese boy who was left severely disfigured after being attacked by wild chimpanzees in his native country will undergo rare facial reconstruction surgery at a hospital on New York's Long Island.

Eight-year-old Dunia Sibomana was attacked by a group of chimpanzees two years ago while playing with his brother and cousin near a nature preserve in the Congo. Dunia's 4-year-old brother and cousin were killed. Dunia survived, but his lips were ripped from his face and one cheek was torn apart. He also lost a finger and part of his ear.

The boy struggles with difficulty eating and speaking, and drools a lot because of his disfigurement.

"He was shunned by the villagers there. He attempted to go to school but it was too painful for him," Dr. Leon Klempner of Stony Brook Children's Hospital, where the procedure will take place, told CBS New York's Dr. Max Gomez.

Dunia is living with a host family in Long Island, where he's been welcomed by the kids in the family, as well as the teachers and children at the local elementary school. He has picked some English. He told CBS New York through a Swahili-speaking interpreter that he enjoys American food and the gifts he received for Christmas.

Dr. Alexander Dagum, Chief of Plastic Surgery at Stony Brook, explained the surgical plan to restore Dunia's lips. "We take the radial forearm skin, with a blood vessel and with a sensory nerve, and we bring it up here to give him new tissue for his lips," he said.

This is challenging, but the most difficult part is getting the new lips to have sensation and the ability to move. "They function when we speak and they also allow us to feed and eat and prevent us from drooling," Dagum explained.

Dagum is hopeful that his team will be able to give Dunia functioning, cosmetically acceptable lips. The process will likely take three or four operations over the next six to eight months.