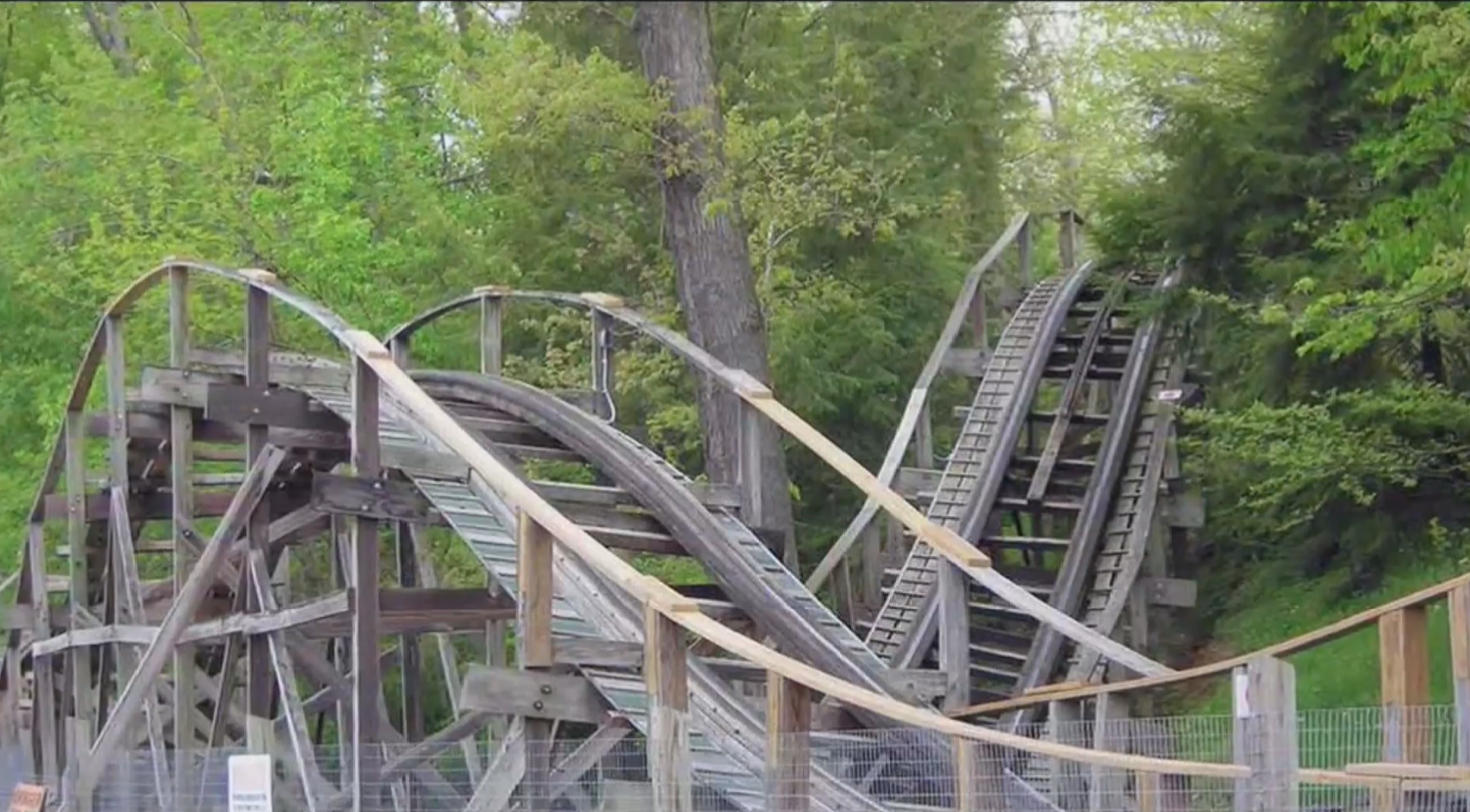 A young boy is in the hospital after falling off of a roller coaster at the Idlewild and SoakZone amusement park Thursday in Pennsylvania.

The accident happened on a ride called "Rollo Coaster," which was built in 1938 and does not have seat belts. Instead, it uses a lap bar to secure riders, reports CBS News correspondent Vinita Nair.

According to police sources, the three-year-old was riding the wooden roller coaster with his older brother, when he was ejected on the last turn of the ride, falling from a height of around 12 feet and landing on the tracks near a fence.

It's unknown how severe his injuries are and his family has requested privacy. But the child was reportedly talking to family members as he was taken to the hospital.

"The boy was conscious while being treated on site and airlifted to a local hospital," said Jeff Croushore, a spokesperson for the amusement park.

This latest incident comes just days after two other accidents involving amusement park rides. On Monday, three girls - ages six, 10 and 16 - were hospitalized, after falling more than 30 feet from a Ferris wheel at a county fair in Greeneville, Tennessee.

"The smallest child fell right beside me. The other two came right behind her," said a witness.

And on Sunday, 10-year-old Caleb Schwab - the son of Kansas State Representative Scott Schwab - died while riding down a 17-story water slide at Schlitterbahn Water Park in Kansas City, Kansas.

Rules and regulations over rides at fairgrounds, amusement parks and water parks vary from state to state. The recent rash of incidents is raising questions of safety and oversight.

"There are no federal requirements for oversight or reporting as far as injuries or fatalities for this industry," said Deborah Hersman, president and CEO of the National Safety Council.