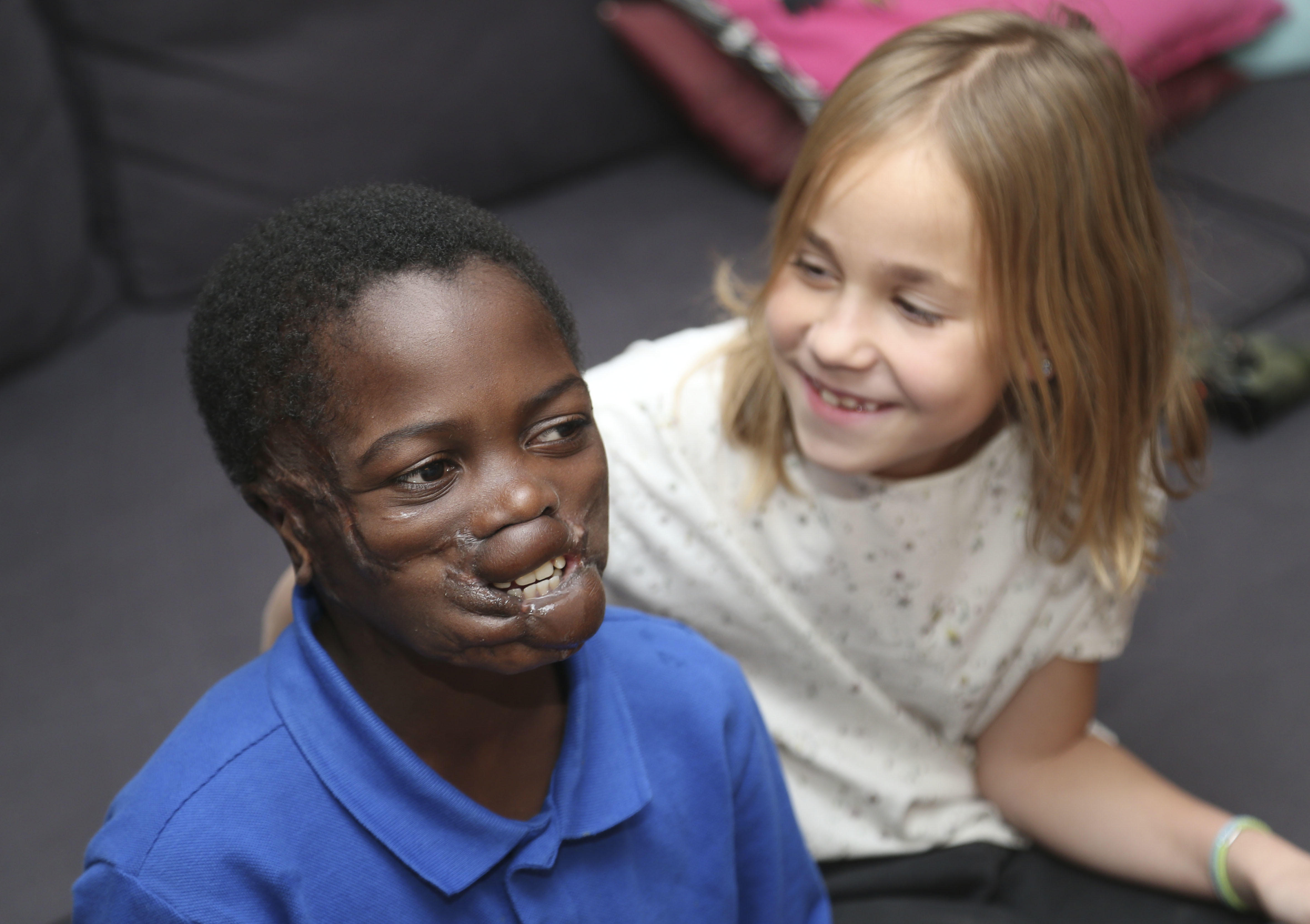 NEW YORK -- A 9-year-old Congolese boy who was severely disfigured in a chimpanzee attack is marveling doctors with his resiliency a year after undergoing reconstructive surgery in New York.

Dunia Sibomana was the lone survivor three years ago when chimpanzees attacked him and two playmates near a preserve in Congo.

His lips were ripped off and his cheek was torn apart, leaving it hard for him to swallow or communicate. He also lost a finger and part of his ear.

In January, he underwent surgery at Stony Brook Children’s Hospital to recreate his lips. At that time, Dr. Alexander Dagum, Chief of Plastic Surgery at Stony Brook, explained to CBS New York how the surgery would work. “We take the radial forearm skin, with a blood vessel and with a sensory nerve, and we bring it up here to give him new tissue for his lips,” he said.

This is challenging, but the most difficult part is getting the new lips to have sensation and the ability to move. “They function when we speak and they also allow us to feed and eat and prevent us from drooling,” Dagum explained.

Nearly a year later, Dunia is thriving with a host family in Brooklyn.

He’s learned English, plays on a soccer team and has learned to surf.

His host father, Kim Chaix, says Dunia was shy and withdrawn when he arrived, but is now flourishing socially.