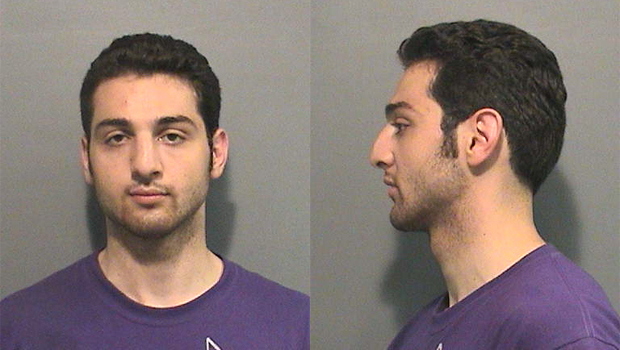 WASHINGTON Russian authorities secretly recorded a telephone conversation in 2011 in which one of the Boston bombing suspects had a conversation with his mother of a radical nature, officials confirmed to CBS News correspondent Bob Orr Saturday, days after the U.S. government finally received details about the call.

In another conversation, the mother of now-dead bombing suspect Tamerlan Tsarnaev was recorded talking to someone in southern Russia who is under FBI investigation in an unrelated case, officials told The Associated Press.

The conversations are significant because, had they been revealed earlier, they might have been enough evidence for the FBI to initiate a more thorough investigation of the Tsarnaev family.

As it was, Russian authorities told the FBI only that they had concerns that Tamerlan and his mother were religious extremists. With no additional information, the FBI conducted a limited inquiry and closed the case in June 2011.

Two years later, authorities say Tamerlan and his brother, Dzhohkar, detonated two homemade bombs near the finish line of the Boston Marathon, killing three and injuring more than 260. Tamerlan was killed in a police shootout and Dzhohkar is under arrest.

On Saturday, authorities ended their two-day search of a landfill 60 miles south of Boston, near where Dzokhar attended college.

Investigators believe the brothers were influenced by the online preachings of Islamic radicals, including Anwar al-Awlaki, Quijano reports.

In the past week, Russian authorities turned over to the United States information it had on Tamerlan and his mother, Zubeidat Tsarnaeva. The Tsarnaevs are ethnic Chechens who emigrated from southern Russia to the Boston area over the past 11 years.

Even had the FBI received the information from the Russian wiretaps earlier, it's not clear that the government could have prevented the attack.

In early 2011, the Russian FSB internal security service intercepted a conversation between Tamerlan and his mother of a radical nature, officials confirmed to Orr.

The two discussed the possibility of Tamerlan going to the Palestinian territories, but he told his mother he didn't speak the language there, officials, who reviewed the information Russia shared with the U.S., told the AP.

In a second call, Zubeidat Tsarnaeva spoke with a man in the Caucasus region of Russia who was under FBI investigation, the AP reports. Jacqueline Maguire, a spokeswoman for the FBI's Washington Field Office, where that investigation was based, declined to comment.

There was no information in the conversation that suggested a plot inside the United States, officials said.

It was not immediately clear why Russian authorities didn't share more information at the time. It is not unusual for countries, including the U.S., to be cagey with foreign authorities about what intelligence is being collected.

Nobody was available to discuss the matter early Sunday at FSB offices in Moscow.

Jim Treacy, the FBI's legal attache in Moscow between 2007 and 2009, said the Russians long asked for U.S. assistance regarding Chechen activity in the United States that might be related to terrorism.

"On any given day, you can get some very good cooperation," Treacy said. "The next you might find yourself totally shut out."

Zubeidat Tsarnaeva has denied that she or her sons were involved in terrorism. She has said she believed her sons have been framed by U.S. authorities.

But Ruslan Tsarni, an uncle of the Tsarnaev brothers and Zubeidat's former brother-in-law, said Saturday he believes the mother had a "big-time influence" as her older son increasingly embraced his Muslim faith and decided to quit boxing and school.

After receiving the narrow tip from Russia in March 2011, the FBI opened a preliminary investigation into Tamerlan and his mother. But the scope was extremely limited under the FBI's internal procedures.

After a few months, they found no evidence Tamerlan or his mother were involved in terrorism.

The FBI asked Russia for more information. After hearing nothing, it closed the case in June 2011.

In the fall of 2011, the FSB contacted the CIA with the same information. Again the FBI asked Russia for more details and never heard back.

At that time, however, the CIA asked that Tamerlan's and his mother's name be entered into a massive U.S. terrorism database.

Authorities have said they've seen no connection between the brothers and a foreign terrorist group. Dzhohkar told FBI interrogators that he and his brother were angry over wars in Afghanistan and Iraq and the deaths of Muslim civilians there.

Family members have said Tamerlan was religiously apathetic until 2008 or 2009, when he met a conservative Muslim convert known only to the family as Misha. Misha, they said, steered Tamerlan toward a stricter version of Islam.

Two U.S. officials say investigators believe they have identified Misha. While it was not clear whether the FBI had spoken to him, the officials said they have not found a connection between Misha and the Boston attack or terrorism in general.