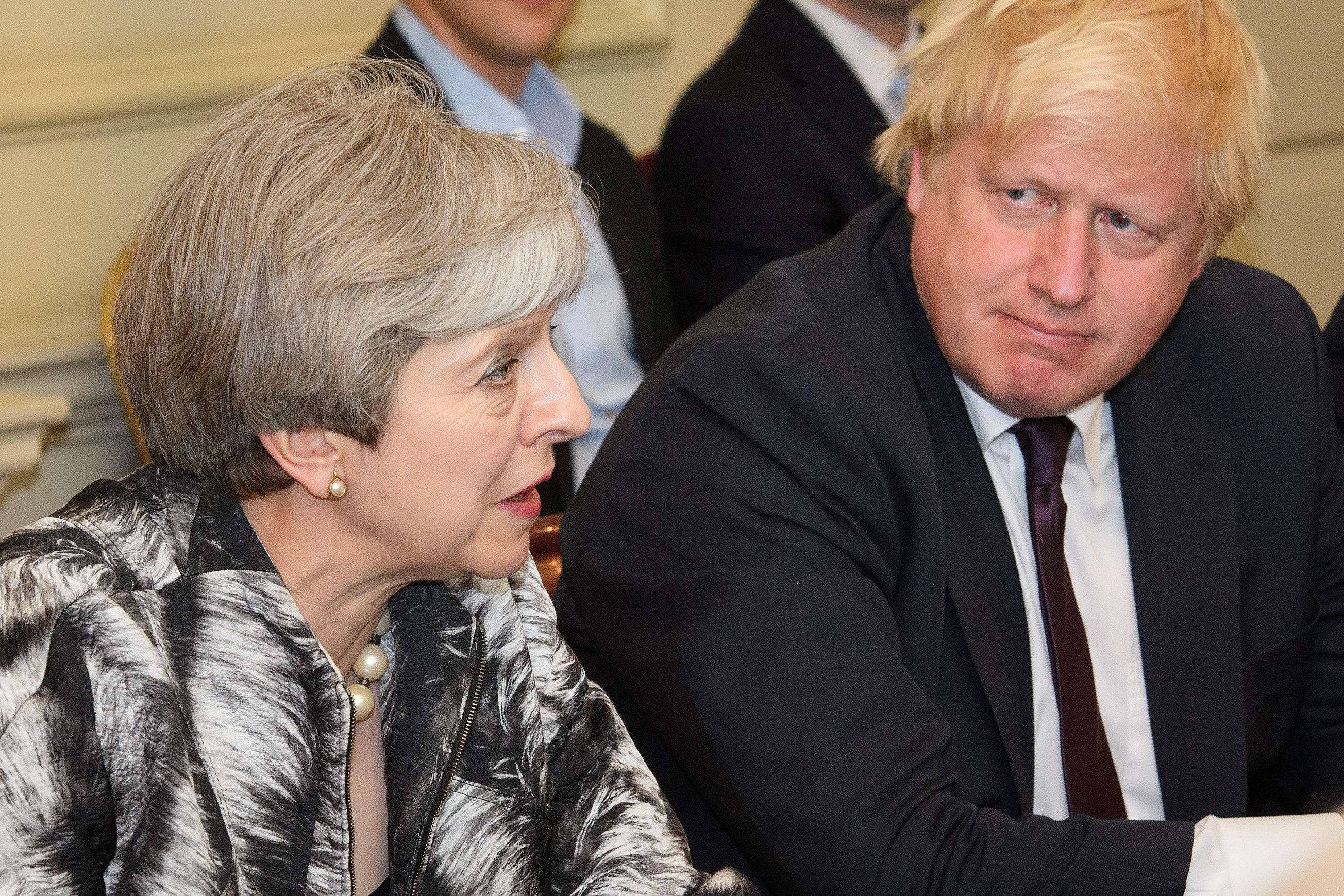 LONDON -- Brexit tensions roiled the British government for the second time in two days Friday after Foreign Secretary Boris Johnson was quoted as saying compromises may bind the U.K. to the European Union for years to come. In a recording obtained by BuzzFeed news, Johnson said Brexit opponents, particularly in the Treasury, are so afraid of short-term problems that they may sacrifice long-term benefits such as Britain's ability to negotiate international trade deals and develop its own regulations.

There is a real danger that Britain may sign an agreement that leaves it "locked in orbit around the EU, in the customs union and to a large extent still in the single market," Johnson said. "So not really having full freedom on our trade policy, our tariff schedules, and not having freedom with our regulatory framework either."

The comments were recorded during a speech Johnson delivered Wednesday to a small group of Conservative activists. Johnson also praised U.S. President Donald Trump and offered his views on nuclear talks with North Korea and May's leadership.

"I am increasingly admiring of Donald Trump," Johnson is heard saying in the recording. "I have become more and more convinced that there is method in his madness."

"Imagine Trump doing Brexit," Johnson joked. "He'd go in bloody hard… There'd be all sorts of breakdowns, all sorts of chaos. Everyone would think he'd gone mad. But actually you might get somewhere. It's a very, very good thought."

Johnson said that he had spoken with U.S. Secretary of State Mike Pompeo about the situation in North Korea, and his American counterpart asked Britain to "use our nuclear expertise to dismantle Kim Jong Un's nuclear missile."

He also revealed that May intends to use this weekend's G7 meeting in Canada to propose a "rapid response unit to identify Russian malfeasance ... whether it's cyber warfare, assassinations, calling it out and identifying it."

The threat is caused by the aggressive policies of Russian President Vladimir Putin, Johnson said.

"Putin feels a deep sense of shame that he's leader of a country that has been so greatly reduced in its global importance," he said. "When I was a kid, Russia really mattered. It's now got an economy about the size of Australia."

But it was Johnson's remarks about Britain's negotiations with the EU that drew the most attention at home, a day after Prime Minister Theresa May offered an end date for any interim customs agreement to quiet opposition from hardline Brexit supporters.

The EU is playing hardball to discourage any of the remaining 27 member states from pondering their own departure, he said.

"I think Theresa is going to go into a phase where we are much more combative with Brussels," Johnson said. "You've got to face the fact there may now be a meltdown. OK? I don't want anybody to panic during the meltdown. No panic. ... It's going to be all right in the end."

The Foreign Office did not immediately comment on the recordings.

Asked at a German family business conference in Berlin about Johnson's reported prediction of a "meltdown" and speculation about how Mr. Trump would approach Brexit talks, Treasury chief Philip Hammond said it was necessary to engage with other countries.

"My experience has been that a collaborative approach is generally more productive than a confrontational approach," he said.

"And certainly my advice to my colleagues is that the way to address the challenges that there undoubtedly are of reaching a good Brexit solution is to engage with our European partners, to understand their concerns and their anxieties about the future, to know their red lines, and then to work together to try to find mutually beneficial solutions."

He didn't mention Johnson by name.

Michael Howard, a former Conservative Party leader, described the comments as part of the "spills and thrills" of the EU withdrawal negotiations.

"He's certainly right to say we shouldn't panic," Howard said. "I don't know about a meltdown. I'm not as close to the negotiations as Boris is."