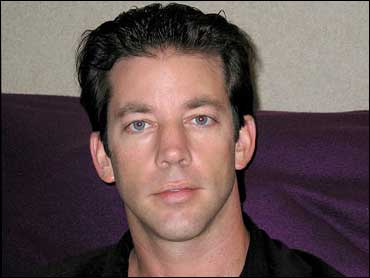 A congressional investigation into officials' inability to stop a tuberculosis patient from leaving the country found significant security gaps, heightening concern about vulnerability to potential cases of pandemic flu or smallpox.

A report on the May incident involving an Atlanta lawyer who caused an international health scare found that the Centers for Disease Control lacks a sound way to prevent someone infected with a biological agent from entering or leaving the United States.

The review by the House Homeland Security Committee's Democratic staff was to be released Monday, one day before the sixth anniversary of the 2001 terrorist attacks against the U.S.

Since the Sept. 11 strikes, the government has focused on all types of possible threats and sought to find ways to best detect and counter biological agents.

"How we address these gaps now will serve as a direct predictor of how well we will handle future events, especially those involving emerging, re-emerging, and pandemic infectious diseases," according to the report obtained by The Associated Press.

The committee chairman, Rep. Bennie Thompson, D-Miss., added: "If we can't counter TB, how can we counter terrorism?"

The case involving Andrew Speaker involved a series of notification delays and a lack of streamlined reporting systems, according to the congressional report.

Speaker was able to fly out from Atlanta to Europe for his wedding and honeymoon despite warnings from public health officials.

Once he was in Europe, the CDC determined Speaker could not be transported back to the U.S. because the agency did not have the equipment to safely do so for a flight longer than eight hours.

The CDC asked the Transportation Security Administration to place Speaker on its "no-fly" list so he could not re-enter the country. But there was a four-hour delay between the request and the listing.

Speaker got back into the U.S. through Canada, despite instructions to Customs and Border Patrol officers not to allow him in. The 18-year veteran inspector who ignored the warning has retired.

"This was a real world incident and there was a breakdown at the intersection of homeland security and public health," Thompson said. "The government has numerous plans and policies in place to secure our communities, but they just didn't follow the playbook."

CDC spokesman Tom Skinner said the agency continues to learn lessons from the incident and is completing its own review.

"Preparedness is a process and not an event, and people need to realize that we are light years ahead of where we were six years ago," Skinner said. Each instance, such as the one last May, is a way to test and exercise the government's systems, he said.