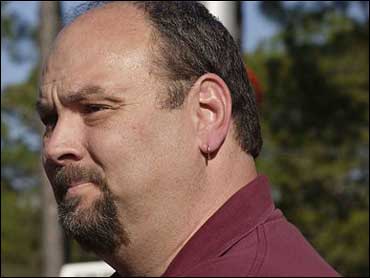 The teenager beaten by guards in a state-run boot camp for juvenile delinquents died from internal bleeding caused by a blood disorder and not from any injuries he may have suffered while being restrained, a medical examiner reported Thursday.

"It was a natural death," Siebert said. "The trait caused red blood cells to sickle and change shape, casing a whole cascade of events that led to bleeding and hemorrhaging."

However, there was no indication on the facility's intake form that the youth or his family were aware of the disorder that affects about one of every eight black Americans, Siebert said. The sickle cell disorder would not show up in routine blood work, he said.

Siebert said there were some bruises and abrasions on the body, but he attributed them to attempts to resuscitate the youth.

"Unbelievable," said Republican state lawmaker Gus Barreiro. "It still does not justify the type of treatment this kid received in this boot camp."

A videotape that allegedly shows guards beating Anderson will be made public Friday by the Florida Department of Law Enforcement in response to a lawsuit brought by The Miami Herald and CNN.

Last week, Barreiro viewed the tape of the events leading to the youth's death.

"He was so limp and not about to go anywhere and you see a guard punching his arm, a knee to the back of the leg to knock him back down to the ground and choking him," Barreiro said.

There were also some minor cuts behind Anderson's ears, possibly as a result of efforts by guards to gain control of the 140-pound youth, Siebert said. No drugs were discovered by the autopsy.

Anderson died Jan. 6 at a Pensacola, Fla., hospital where he was taken from the Panama City camp after he had become uncooperative and was restrained by guards, according to the Bay County sheriff's office. The 14-year-old boy's mother, Gina Jones, contends that her son was murdered by guards who beat him to death.

Meanwhile, the U.S. Justice Department said it has opened an investigation into the death.

The investigation will focus on whether Anderson's rights were violated through use of excessive force or "indifference to serious medical need" by guards at the camp, said U.S. Attorney Gregory R. Miller of Tallahassee, Fla.