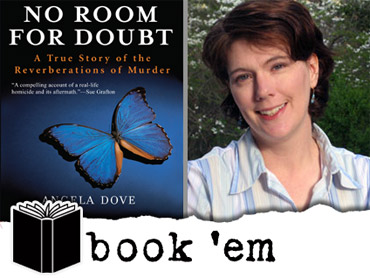 (CBS/Berkley Trade)
No Room for Doubt: A True Story of the Reverberations of Murder

On March 25, 1988, Debi Whitlock was brutally murdered in her Modesto, California home. The event shattered her family and sent her loved ones careening on radically different paths.

Debi's mother, Jacque MacDonald, wanted answers. But police were at an impasse: there was no forced entry into Debi's home, no sign of struggle, and her young daughter, sleeping only a few feet away, went unharmed. Over the next nine years, Jacque courageously fought what others called a losing battle. She learned how to deal with the authorities, the media, and the public so that her daughter's killer would not go unpunished. In 2007, Jacque received the National Crime Victims' Service Award for her efforts as a victims' rights advocate.

But Debi's husband, Harold, took a tragic path. Police investigators focused their suspicions on him time and time again; suspicions that echoed through California's Central Valley, and even within Debi's family. And the once funny, intelligent, and fiercely loyal man fell into a spiral of guilt, anger, and alcoholism.

Written by Angela Dove, the last person to see Debi Whitlock alive, NO ROOM FOR DOUBT is the account of a terrible murder, the dogged investigation that followed, the unforeseen repercussions, and a renewed sense of purpose and hope in a mother's life.

Explain your personal connection to this case, and how did it affect your approach to writing about it?

Dove: When California victims' advocate and television host Jacque (pronounced "Jackie") MacDonald asked me to write the story of how she found her daughter's killer, I had no intention of revealing my relationship to the case: that the victim, Debi Whitlock, was my stepmother, who was married to my father at the time of her murder. 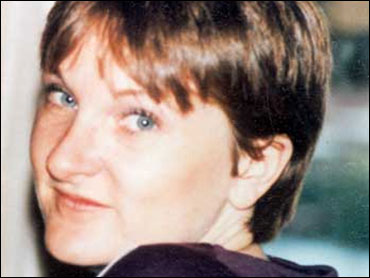 (AngelaDove.com)
Family photo of Debi Whitlock, taken a year before she was murdered.

Instead, I wanted to share Jacque's experience as a way to help and inspire other survivors looking for their own answers. Later, when I realized my father had been the top suspect in the case, and that some people still believe he killed his wife . . . well, at that point I realized I had to tell his story and, reticently, my own.

My writing technique needed to mirror the various versions of the "truth" of the case—scenarios built by the cadre of law enforcement personnel, reporters, attorneys, and others. I decided it would be best to speak of my father in the first person only for my perspective, and to use third person for other people. Each of us saw events from an understandable bias—that's true for every homicide case.

What's the most compelling or surprising aspect of this story that you can reveal?

Dove: What surprised me most as a daughter was realizing my father had not been completely truthful with me. He told me he had been at a bachelor party at the time Debi was killed, when he had actually left the party to go to his girlfriend's house. I understand his hesitancy to divulge that secret (and others) to a teenager, and in retrospect I realize how many times he almost told me as an adult. Unfortunately, he died before we had that conversation.

As a writer and researcher, I was astounded that the effects of this crime continue to ripple across uncountable lives in unquantifiable ways. Everyone who touched this case was changed by it. And Jacque continues to reach out to survivors through her television and radio show, "The Victim's Voice."

What fascinating forensics or investigation details came to light?

Dove: The Modesto, California Police Department's Crime Scene Investigative (CSI) Unit was formed in direct response to the manner in which this crime scene was handled. The men and women on scene that morning were very sincere and dedicated, but the violence of the scene, and the fact that my baby sister was found alive and unharmed in the house, really rattled some of the detectives. Unfortunately, several key pieces of evidence were never collected and others were never tested. The detective responsible for reviewing that scene and creating new CSI protocols told me our house that morning was a pandemonium of good intentions.

Is there a hero?

Dove: One hero of this story is my stepmother, the victim, Debi Whitlock. Her three-year-old daughter was asleep in the next room, and even in the worst of circumstances, Debi did not cry out. My half-sister never awoke, never cried out, never alerted the killer to her presence. He left without harming her.

After her daughter's death, Jacque MacDonald showed heroic perseverance in the face of incredible odds. As a retired nurse with no financial, political, or media clout, Jacque launched a one-woman crusade that some thought preposterous. But she found her daughter's killer, and in doing so, she cleared my father's name. Now she dedicates her time to helping other victims.

Do you ever have nightmares because of this story?

Dove: When I first took on this project, I fully expected to revisit my grief over losing Debi. However, understanding Jacque's grief meant transferring it to my own role as a mother. I had nightmares where I would chase after my children in that too-slow manner of dreams, unable to cry out as they ran unknowingly off high cliffs, into traffic, all manner of horrible, sudden tragedies that would rob me of my children forever. Sometimes I watched them sleeping, afraid to leave. It was hell, but eventually it dissipated

What question should CRIMESIDER have asked you that we didn't... and what's the answer?

Dove: Question: What's been the most unexpected outcome of publishing this book?
Answer: Suddenly I find myself talking to groups of law enforcement, policy makers, and advocates at conferences and training sessions. I'm asked to tell our story at women's conferences designed to empower and inspire. I never saw this part of the journey coming, but I'm so glad it's here! What a joy to talk with others who have also experienced the transformation of 'one brief moment,' and who know that with hope, good can come from even the worst of circumstances.

(AngelaDove.com)
ABOUT THE AUTHOR
Angela Dove is an award-winning journalist who lives near Asheville, North Carolina. She taught university writing and literature courses before trading in her chalk for a keyboard, and writes for an arts and entertainment magazine near her home in the Smoky Mountains.