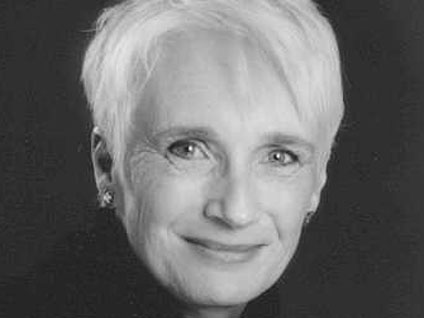 Devil's Knot: The True Story of the West Memphis Three by Mara Leveritt investigates the 1993 murders of three 8-year-old boys, Stevie Branch, Chris Byers and Michael Moore, and the subsequent trials of the three teenagers convicted of the killings: Damien Echols, Jason Baldwin and Jessie Misskelley. They would come to be known as the "West Memphis Three."

Leveritt contends the guilty verdicts were returned despite stunning investigative blunders, a confession riddled with errors, and an absence of physical evidence linking any of the accused to the crime. She asserts the three teens were wrongfully convicted amid a fear -- unfounded -- of occult ritual slayings. Echols was sentenced to death; the others got life in prison.

The 'West Memphis Three' are now all in their 30's, still incarcerated, and in various stages of appealing their convictions. Leveritt unravels a case that seems to conjure up medieval times.

What drew you to this story?

Leveritt: I had two teenagers of my own and was living on a farm at about the time of the murders. I knew that my son and his friends could not go near our creek and come back to the house without tracking in all kinds of "evidence" that they'd been there. When I heard about these murders, I could not imagine how three teenagers, none of whom drove, could kill three children and submerge their bodies in a muddy creek, then walk to their homes - all in different directions and about four miles away - and not leave a trace.

In addition, this crime occurred just as the panic about "occult ritual slayings" was beginning to wane in the U.S. I'd done some reporting on that scare and knew of the FBI report stating that they could find no evidence of such murders having happened. So my interest was further aroused when the police leaked to the media that these murders were somehow part of an "occult ritual."

Finally, when the police files became available after the convictions, I read for the first time the transcripts of Jessie's so-called confession. That was right before Halloween 1994. I went back to the office and wrote a column about it that began: "I'm going to tell you the scariest story I know." I was stunned, as so many have been since, that three people, in the United States at the end of the 20th Century, could be convicted of murder in trials that harkened to the Inquisition.

How confident are you that the wrong people are in prison?

Leveritt: I'd bet my career on it - which I pretty much have.

What do you consider the most significant evidence that the jury got it wrong?

Leveritt: Actually, in my opinion, two juries got it wrong. I think they were handicapped by an abysmal police investigation, misled by the prosecution, and thwarted by a judge who made some unconscionable rulings. Weak defense teams didn't help either. The evidence that the jurors arrived at the wrong verdicts may best be put in the form of a question: If these trials were held today, with the world watching, what evidence would prosecutors present? The convoluted "confession" of a mentally slow 17-year-old, who was questioned for hours without a parent or lawyer present, who couldn't decide whether the murders took place in the morning, at mid-day, or in the evening, and who couldn't say correctly what had been used to bind the boys? "Microscopic fiber" evidence, which might have impressed a jury in 1993 but that would be laughed out of court today? A jailhouse snitch who claimed that Jason Baldwin, whom he barely knew and who had not spoken about the crime to anyone, had for some reason confided in him? The knife that police divers happened to pull out of a lake just weeks before the trials began? The whole, "full-moon," "three is an occult number," "Damien wears black" routine? Their so-called "occult expert" with his degree from a mail order university? What?

Even at the time of the trials, the prosecutors knew that they had no real evidence against Damien, Jason and Jessie. In fact, in his opening statement to one of the juries, then-Prosecuting Attorney John Fogleman said that, "some of this evidence is going to be what we call - I guess you call it 'negative evidence.' It doesn't really show a connection to anybody ...And you may wonder why we're putting on evidence of a negative, but we'll explain that to you later." Fogleman never did explain why the state's evidence was so devoid of substance.

And, lacking a motive, since none of the three accused could be shown to ever even have known the victims, he resorted to the inflammatory idea that the killings had been part of an "occult" or "satanic ritual." The extent to which Fogleman substituted religious fears for evidence is made clear in his closing remarks to the jury, when, after citing certain books that Damien read, the music he listened to, and the fact that Damien wore black - all of which had been introduced as evidence - Fogleman acknowledged that none of those established guilt. "No, ladies and gentlemen," he said. "Each item of this, in and of itself, doesn't mean somebody would be motivated to murder - not in and of itself. You look at it together and you get - you begin to see inside Damien Echols. You see inside that person. And you look inside there and there's not a soul in there."

Evidence that has become available since the trials would make new prosecutions even harder. I believe the state would have a hard time overcoming the facts that DNA belonging to the stepfather of one of the murdered boys was found on the bindings of another of the victims; that DNA belonging to a friend of that stepfather, who was with him on the night of the murders, was also found at the crime scene; that no DNA from any of the convicted men was found at the crime scene; and that witnesses who lived near one of the victims have testified that, contrary to the stepfather's statements, he was with the boys shortly before they disappeared.

What element of the entire case do you find most troubling?

Leveritt: Most troubling is what was done to Christopher, Michael and Stevie, the three murder victims. Their last moments of life were horrific. If, as I believe, they were murdered by someone they knew, they must have suffered an additional, unimaginable sense of betrayal. Beyond that, I am most troubled by the actions of Arkansas officials, some of whom I believe knew that they didn't have a case and that legal corners would have to be cut to convict three innocent teenagers. Since the trials, I've been profoundly saddened by the behavior of the Arkansas Supreme Court, which, to date, has found no problem with either of the trials.

Do you see parallels to any other cases in American justice?

Leveritt: Unfortunately, I do. This case has attracted tremendous attention, but there are countless others - everywhere - that have resulted in unfair convictions because of similar laziness, ineptitude or corruption.

Leveritt: So glad you asked. In my view, Jason Baldwin stands head and shoulders above everyone else in this saga. Imagine! At 16 years old, he was charged with murdering three children and thrown into jail, where he was held for nine months. Then, weeks before a trial in which he knew that Fogleman would ask the jury to sentence him to death, Jason was offered a chance to avoid the death penalty and even to get out of prison early - if he'd just testify against Damien. (The only reason the state made this offer was to bolster a case it knew was weak.) Jason refused. And when the state came back with a second, even sweeter deal, he indignantly refused again, saying that his mother had raised him better than that. In putting his life on the line for a principle, Jason put his own prosecutors to shame.

Do you ever have nightmares because of this case?

Leveritt: Do you expect Damien, Jason and Jessie to be freed?

Yes, I do. Unfortunately, I don't see that coming soon. Damien's case is presently headed to a showdown in the Arkansas Supreme Court, which could order a new trial. But if precedent holds, it won't. At that point, Damien's appeal will go before a federal circuit judge, where reason, for the first time, might prevail. Jason and Jessie also have claims on appeal. If any one of them is recognized by a court, the flimsy threads holding the state's case together will be strained. Eventually - inevitably - it will snap. I'm just terribly sorry that Arkansas officials, who once sought to execute all three, continue to battle even now to carry out that sentence on Damien and to keep Jason and Jessie in prison.

About the Author
Mara Leveritt has won several awards for investigative journalism, including Arkansas's Booker Worthen Prize twice for her books The Boys on the Tracks and Devil's Knot. A contributing editor to The Arkansas Times, she lives in Little Rock.