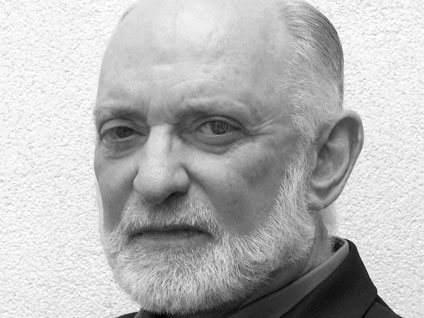 NEW YORK (CBS) Blood patterns at a crime scene have become a familiar, even indispensable element of criminal investigation. It wasn't always so.

When Rod Englert began his career in law enforcement in the 1960s, virtually no police force in the world knew how to correctly interpret blood spatter. Englert spent years studying and testing how blood behaves--often using cow blood at his farm--pioneering a vital new tool that is now a part of most any criminal investigation.

BLOOD SECRETS reveals how blood spatter analysis is used to determine the type of weapon, how the weapon was used, the location of victim and attacker, and even the identity of the killer. Englert shares what he's learned in cases varying from obscure but puzzling murders in remote towns, to the highest-profile celebrity trials--including O.J. Simpson, Robert Blake, and others. Ann Rule writes in her introduction to the book: "Englert offers remarkable insights into what the dead can tell us, even after they can no longer speak."

Texas, through his often harrowing years as an undercover narcotics officer and a homicide detective, and then into the nitty-gritty, and spellbinding world, of blood spatter analysis.

What got you into the field of forensic blood spatter analysis?

Englert: When I was a young police officer in California in the early 1960s, I didn't understand the blood I saw at crime scenes. One night I walked into a room where a man had bled to death from ruptured ulcers, and I made the mistake of calling the case an axe murder because of the blood he vomited everywhere before he died. My colleagues had a good laugh over that one. It was so embarrassing that I swore to myself, "I'm going to learn everything I can about blood patterns." But it took years for me to develop a solid understanding of the basic blood patterns you see at crime scenes. It doesn't come easily. You have to look at a lot of dead bodies.

Does your expertise typically make you a "prosecution guy"?

Englert: Not at all. Bloodpattern analysis doesn't favor any side. No matter who I work for, my analysis of the blood patterns at a crime scene will be the same. Whenever anyone asks me to consult on a case, I explain ahead of time that the blood evidence might work in their favor and it might work against them. There's no way to know until you examine it. I read the blood patterns; I don't take sides.

What's the toughest case you ever had?

Englert: The toughest was probably the case of an elderly Portland woman who was murdered 25 years ago and whose body was repositioned to mislead us. I understand the blood patterns from the crime scene, but solving the case has been very challenging. It's like a ghost: You think you've got it, but then it slips away. I've worked on that case for decades. I'm still working on it now as part of a cold case team. I think we're finally getting close to solving it.

As an experienced expert witness, is there anything you would change about the way expert testimony is handled?

Englert: This will probably tick a lot of people off, but in my opinion the system would be improved if judges were the only ones who could hire experts. If lawyers weren't involved, there would be no "sides." I know it would take away certain people's income, but justice would be better served by that kind of impartiality.

Are criminals learning what you know to try to mislead investigators?

Englert: It does occur, especially when it comes to planting DNA. That's not uncommon. But it's much, much harder to fabricate blood patterns, so you don't see that done much at crime scenes. When I teach, I often set up staged crime scenes where I try to replicate realistic blood patterns for my students to analyze. Believe me, it's hard to do.

During the O.J. Simpson case it was suggested that the LAPD planted blood evidence. I spent months examining that evidence and flew to L.A. no fewer than 15 times to analyze it. I can assure you, those blood patterns were so complex, so subtle, and so varied that it would have been impossible even for an expert to fabricate them.

What's coming next to improve the science of forensic blood analysis?

Englert: When I started out as a police officer, there was no such thing as blood pattern analysis. Blood was just something you stepped around at a crime scene. Young people getting into the discipline today will obtain a much deeper understanding of crimes because the field of blood pattern analysis has evolved so far. Of course that doesn't mean we've discovered all there is to know about blood pattern analysis. Just recently I found a pattern I'd never seen before. The field is constantly evolving. People are doing research and making new discoveries all the time.

In terms of what's ahead, DNA technology is evolving incredibly fast. I foresee instantaneous DNA analysis that will allow a police officer to take a saliva swab from a person at, say, a traffic stop to collect DNA then run the sample through a national database to identify the person and see if his or her DNA matches to a major crime.

Fingerprint technology is improving quickly, too. We can now retrieve fingerprints from surfaces like cloth, where we never could before.

What question should Crimesider have asked you that we didn't...and what's the answer?

Englert: People often ask me what I would do differently if I had my career to do over. The answer is, I wouldn't change a thing--not even the infamous "vomit case" that I misidentified as an axe murder all those years ago. It's been an incredibly fascinating and rewarding career--and I still learn every day, from every case.

Rod Englert is a qualified court expert in crime scene reconstruction and blood pattern analysis in 26 states. He's a 44-year veteran of law enforcement, and a graduate of the FBI National Academy, where he was President of the 159th Session. He is also a member of the International Homicide Investigators Association. Englert has consulted in over 375 homicide cases in the United States and Canada, and appeared on television shows including 48 Hours and 20/20. He lives in Oregon.