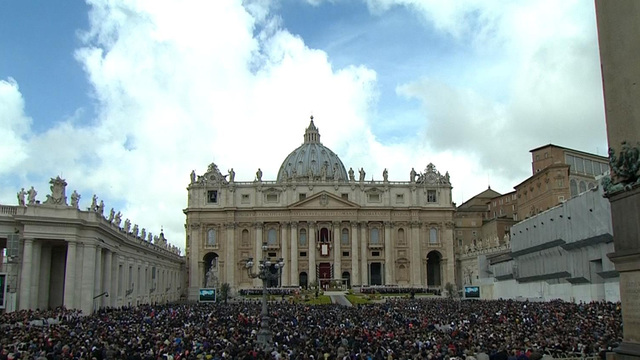 The author of a new book accusing powerful members of the Vatican of greed and financial mismanagement is defending his explosive allegations.

Allegations of this kind aren't new, but the book portrays Pope Francis as a lonely crusader battling against powerful vested interests to clean up epic financial mismanagement and corruption at the Vatican, reports CBS News correspondent Elizabeth Palmer.

"This pope is trying to make sweeping changes and it's going to take a long time," said Gianluigi Nuzzi, author of "Merchants in the Temple."

That, he says, is because the mess is such a big one. According to the book, one example of waste and deceit in the Vatican administration is a real estate portfolio that's worth seven times as much as the Vatican shows on its books.

Another is donations from churches around the world intended for the poor, which went into a slush fund to pay Vatican-running costs.

The revelations are based in part on leaked secret recordings of meetings the pope held with senior cardinals.

Behind all the magnificence, the two new books say, lies a financial mess.

Palmer asked Emiliano Fittipaldi the author of "Avarice," if it is incompetence inside the Vatican or if it it corruption.

"Both," said Fittipaldi. "And at the highest levels."

The book -- for example -- zeroes in on one of the churches charities. Catholics from around the world donated money to help the needy. But for every $10,000 that came in, eight went to funding the Vatican bureaucracy -- and only two went to the poor.

In a statement, the Vatican said "such actions are a serious betrayal of trust granted by the Pope."

But Pope Francis's quest for transparency and accountability may actually have been given a huge boost by all the publicity.

The pontiff indirectly responded to the matter -- through a tweet by his chief of staff -- saying only: "Onward - with serenity and determination."

Meanwhile -- the Vatican's pension fund is $800 million in the hole. On Wednesday, the Vatican said the book's facts and figures are out of date.