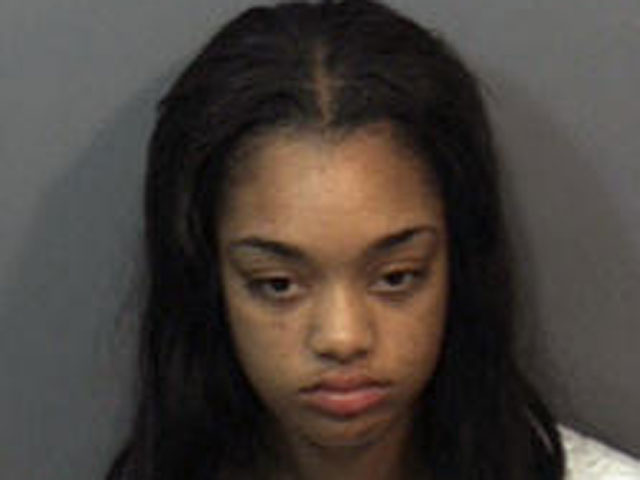 Simpson was charged Friday with first and second degree murder and first degree assault in the stabbing death of 18-year-old Dominique Frazier. Police say the incident occurred after the two women argued about music playing from an iPod.

According to charging documents, Simpson shut off an iPod Thursday night belonging to Frazier as the women and other students were preparing for a school sponsored comedy show. The iPod had been playing music from a speaker system from inside the women's shared bathroom.

Police say Frazier emerged from her bedroom and the two women began arguing in the hallway. Simpson produced what other students said appeared to be a knife and began making swinging motions at Frazier. She then clutched her bleeding throat, staggered into the hallway and collapsed, police said. She was pronounced dead at the hospital.

"I didn't mean to do it, you all don't know what I've been thru (sic), you all jumped me," Simpson said, according to a Maryland State Police statement.

Simpson reportedly fled the campus after the stabbing, which was reported shortly after 8 p.m. She then turned herself in to police around midnight.

According to local station WJLA, Simpson's attorney Michael Worthy says his client was as acting in self-defense when she attacked Frazier. Worthy reportedly says Simpson was alone in a room against multiple people during the incident that claimed the life of Dominique Frazier.

Simpson will remain locked up on no bond status. WJLA reports that she has a preliminary hearing scheduled for Oct 14.