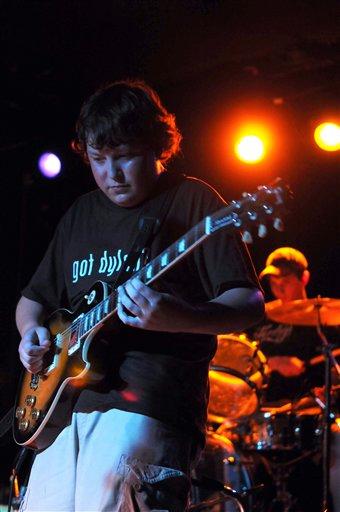 Sen. John Kerry charged President Bush with "dodging and bobbing and weaving" on explanations for how hundreds of tons explosives went missing in Iraq. Mr. Bush responded that Kerry was making "wild charges" without knowing the facts.

The exchange came Wednesday as both campaigns intensified their efforts to shape the outcome of next Tuesday's election – in speeches, in TV ads, in telephone appeals and in courtrooms across the nation.

With their agendas laid out all summer and fall, Mr. Bush and Sen. Kerry were trying to create an aura of excitement in get-out-the-vote rallies, hoping to snag the dwindling pool of voters who haven't taken sides.

Kerry hit hard at this week's revelation that nearly 400 tons of powerful explosives had disappeared from an outpost in Iraq.

"The missing explosives could very likely be in the hands of terrorists and insurgents, who are actually attacking our forces now 80 times a day on average," Kerry said at a rally in Sioux City. "But now today we've learned even more. What we're seeing is a White House that is dodging and bobbing and weaving in their usual efforts to avoid responsibility, just as they've done every step of the way in our involvement in Iraq."

Kerry said Vice President Dick Cheney "is becoming the chief minister of disinformation" while the president remains silent on the matter.

Mr. Bush did bring up the matter a few minutes later, in a speech in Lititz, Pa.

"Now the senator is making wild charges about missing explosives when his top foreign policy adviser admits, quote, 'we do not know the facts,"' said Mr. Bush.

"Think about that — the senator's denigrating the action of our troops and commanders in the field without knowing the facts. Unfortunately, that's part of a pattern of saying almost anything to get elected."

Mr. Bush was referring to remarks made by Kerry adviser Richard Holbrooke Tuesday in an interview with Fox News. Holbrooke said "the U.N. inspectors had told the American military this was a major depot." He added: "I don't know what happened. I do know one thing — in most administrations the buck stops in the Oval Office."

Kerry also appealed to middle class voters in the election homestretch Wednesday, saying Mr. Bush had sold them out to help the wealthy and now wanted "four more years so that he can keep up the bad work."

The president, meanwhile, put together a campaign endgame that included persistent appeals for Democratic votes and a rarely used weapon in this bruising campaign — a positive commercial.

Both sides were turning to big name friends for last-minute help on the campaign trail. Rockers Bruce Springsteen and Jon Bon Jovi were set to appear with Kerry in key battleground states, while California Gov. Arnold Schwarzenegger was bringing his star power — and moderate GOP reputation — to Mr. Bush's campaign.

The president turned to the iconoclastic Democratic Sen. Zell Miller of Georgia to accompany him Wednesday to Pennsylvania and Ohio events, in keeping with his late-breaking appeals to Democrats who aren't sold on their own party's nominee.

In Pennsylvania, Mr. Bush said, "I want to remind the American people that if Senator Kerry had his way ... Saddam Hussein would still be in power, he would control all those weapons and explosives" and could have shared them with America's terrorist enemies.

"For a political candidate to jump to conclusions without knowing the facts is not a person you want as your commander in chief," Mr. Bush said.

Kerry was focusing on economic troubles in the Sioux City speech Wednesday before stumping in Minnesota and back in Iowa, at a Cedar Rapids event. Aides saw that speech and one Friday that will blend his campaign's economic and foreign policy proposals as his "closing arguments" for change. The speeches were added to his schedule after aides had said earlier that a speech Tuesday on homeland security was to be his last of the campaign.

After ripping Kerry for weeks as a flip-flopper, Mr. Bush planned to close the contest with a 60-second commercial meant to show him as steady, trustworthy and compassionate in dangerous times.

The ad shows an emotional president telling the Republican National Convention about meeting the children and parents of slain U.S. soldiers, as well as wounded servicemen and women.

"These four years have brought moments I could not foresee and will not forget," Mr. Bush says. "I've learned firsthand that ordering Americans into battle is the hardest decision, even when it is right." The commercial will be seen by a limited audience, given that it will run only on a couple national cable news networks.

Still, neither campaign was going upbeat, nor were their supporters.

Hard-hitting leaflets lined mailboxes in a dozen or so hotly contested states. A glossy mailing by the Pennsylvania Democratic State Committee showed burning roadside wreckage in Iraq, with U.S. soldiers looking on, and the headline "Wrong Choices ... Less Secure."

Kerry's latest ad accuses the Bush administration of failing to secure the explosives that disappeared from a military installation south of Baghdad around the time U.S. forces were toppling Saddam Hussein's government.

New state polls suggested the race was deadlocked in Florida, Ohio and Pennsylvania, the three most important battlegrounds in the race for 270 Electoral College votes.

With the possibility of another inconclusive election night looming, lawyers were already deep in courtroom entanglements in a variety of states over problems either anticipated or already experienced in states with heavy early voting.

In one example, a federal judge in Miami ruled against Democrats in saying Florida election officials will not be required to process incomplete voter registration forms.