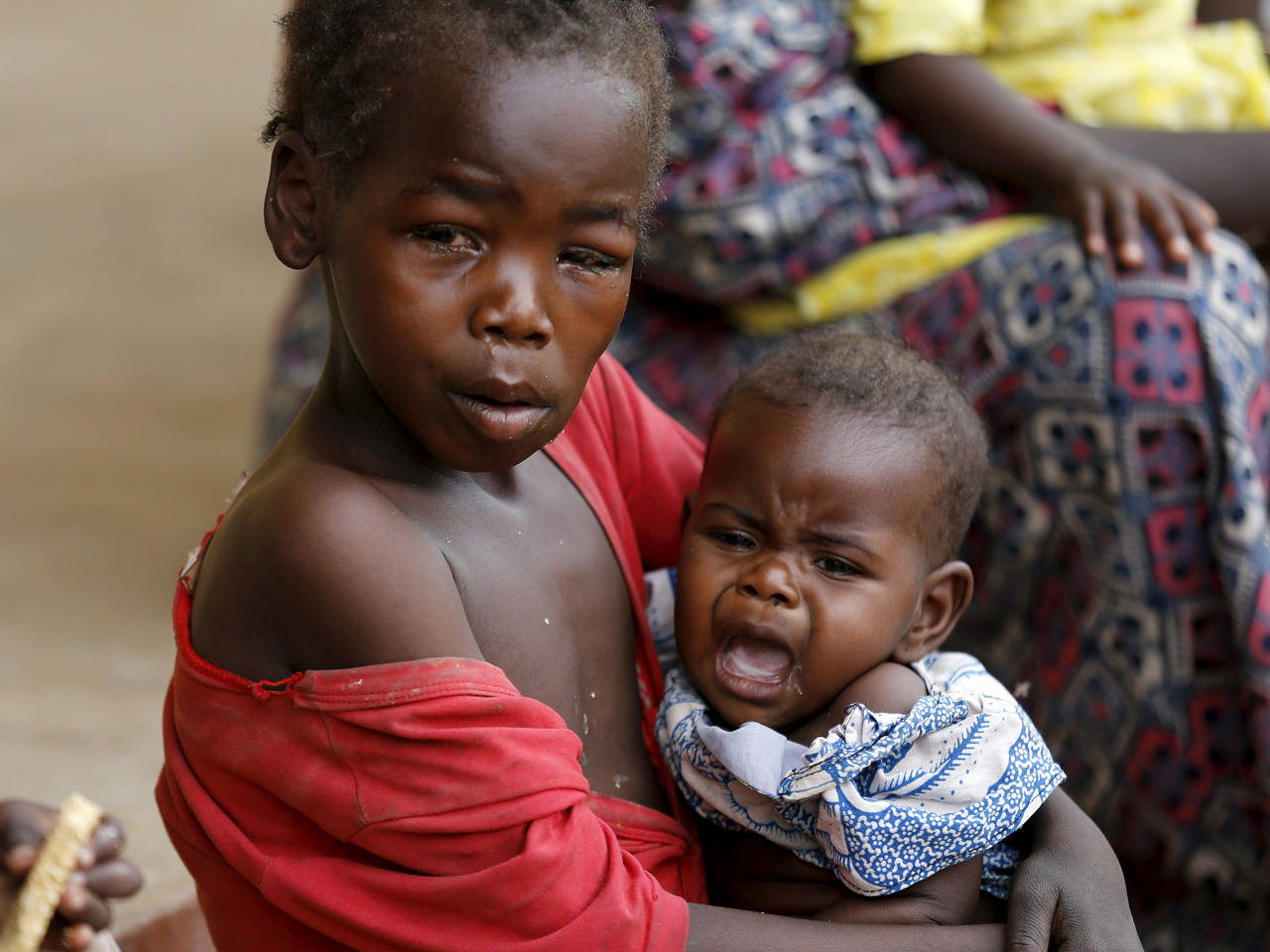 YOLA, Nigeria - Boko Haram fighters stoned some of their captives to death as Nigeria's military approached to rescue the women, survivors told The Associated Press on Sunday.

Several women died when they were crushed mistakenly by a Nigerian military armored car.

And three were blown up by a land mine as they were walking to freedom.

These tragic stories come from girls and women brought to a refugee camp here, still finding it hard to believe they are safe, some after more than a year in the hands of Nigeria's homegrown Islamic extremists.

"We just have to give praise to God that we are alive, those of us who have survived," said Lami Musa, 27, as she cradled her 5-day-old baby girl.

She is among 275 children, girls and women, many bewildered and traumatized, who were getting medical care and being registered Sunday on their first day out of out of Nigeria's war zone.

Nigeria's military said it has freed nearly 700 Boko Haram captives in the past week. Musa was in the first group to be transported by road over three days to the safety of Malkohi refugee camp, a dust-blown deserted school set among baobab trees on the outskirts of Yola, the capital of northeastern Adamawa state.

Musa had just given birth to her yet-to-be-named babe last week when the crackle of gunfire hinted rescuers might be nearby.

"Boko Haram came and told us they were moving out and said that we should run away with them. But we said no," she explained from a bed in the camp clinic.

"Then they started stoning us. I held my baby to my stomach and doubled over to protect her."

She and another survivor of the stoning, Salamatu Bulama, said several girls and women were killed, but they do not know exactly how many.

The horrors did not end once the military arrived. A group of women were hiding under some bushes. They could not be seen by the soldiers in an armored personnel carrier who drove right over them.

"I think those killed there were about 10," said Bulama.

Other women died from stray bullets, she said, naming three she knew.

Bulama shielded her face with her veil and cried when she thought about another death in the camp: Her only son, a toddler of two who died of an illness she said was aggravated by malnutrition two months ago.

"What will I tell my husband?" she sobbed. She heard Sunday from other survivors using borrowed cell phones to try and trace relatives that her husband is alive and in the northern town of Kaduna.

Musa said her husband, the father of the new baby, was killed by Boko Haram when they abducted her from her village of Lassa in December. She doesn't know the fate of their three other children.

At the camp, 21 girls and women with bullet wounds and fractured limbs were taken to the city hospital after they arrived Saturday evening.

On Sunday, officials were collating details of the rescued 61 women and 214 children, almost all girls.

Health workers put critically malnourished babies on intravenous drips, babies whose rib cages and shoulder blades protruded like skeletons were given packs of therapeutic food to suck from.

Through interviews, officials have determined that almost all those rescued are from Gumsuri, a village near the town of Chibok. It does not appear that any of those released are from the group of nearly 300 Chibok schoolgirls kidnapped by Boko Haram a year ago in a mass abduction that outraged many around the world.

"Based on registration we have carried out so far, none of them is from Chibok," said Zakari Abubakar, Malkohi camp team leader for the National Emergency Management Agency.

The women and children were rescued by the military from the Sambisa Forest, the last stronghold of the Islamic extremists, and had to travel for three days on the open backs of military trucks to reach the safety of Malkohi Camp.

More than 677 women and girls were freed when soldiers destroyed more than a dozen insurgent camps in the forest, Nigeria's military said.

Many said they had been taken captive in the past nine months, when Boko Haram had seized a large swath of northeastern Nigeria and declared it an Islamic caliphate. Then, Nigerian troops ran away from the extremists' advances, complaining they were not given enough ammunition or food to fight, and leaving civilians with no defense against an uprising that killed as many as 10,000 people last year. Some 1.5 million people have been driven from their homes.

The tide has turned in the past nine weeks with a new infusion of armory including helicopter gunships, and a coalition with neighboring countries that brought in troops from Niger, Chad and Cameroon.