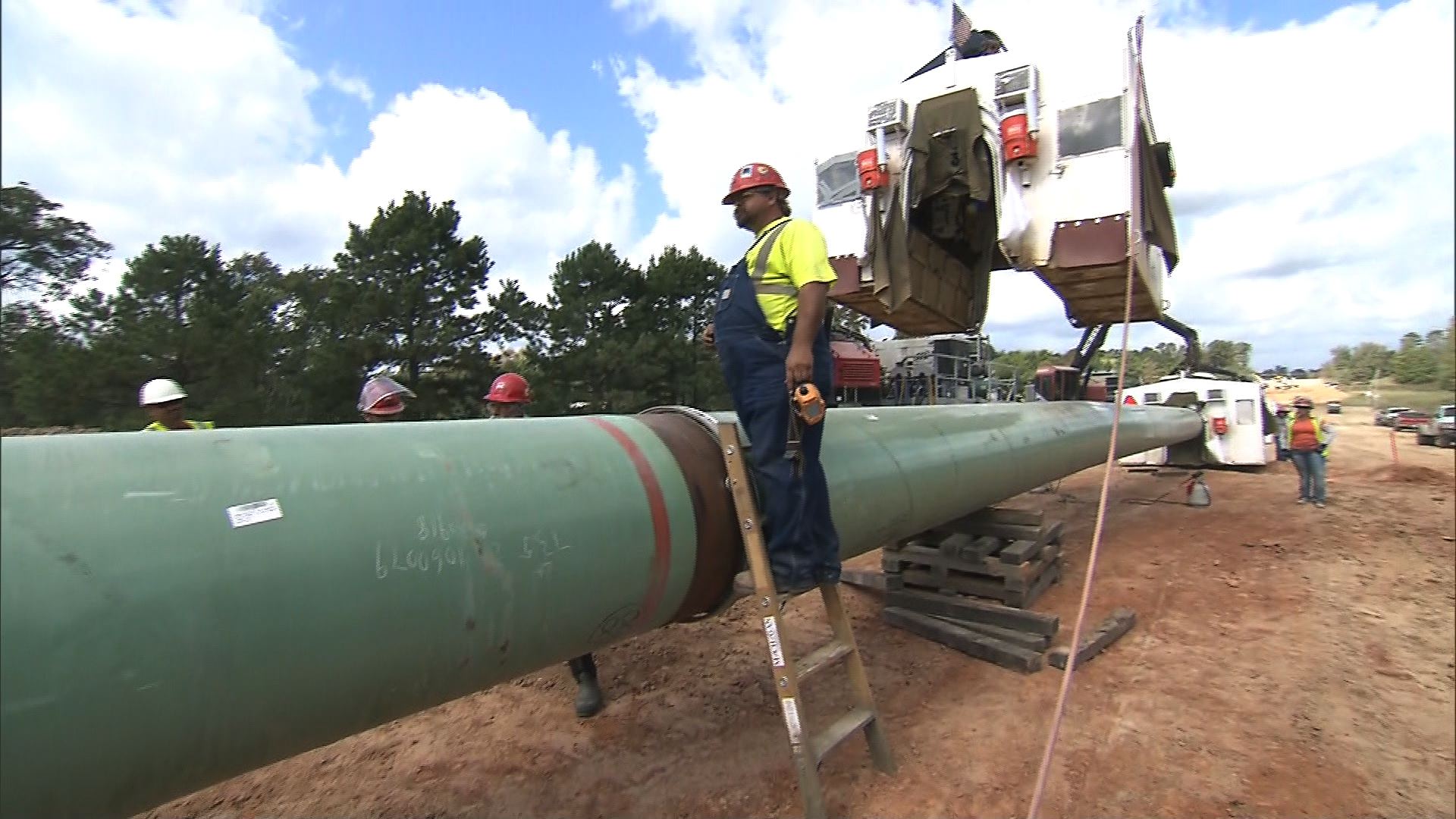 WASHINGTON A new State Department report is the latest evidence that the long-delayed Keystone XL oil pipeline from Canada should be approved, supporters say.

The draft report, issued Friday, finds there would be no significant environmental impact to most resources along the proposed route from western Canada to refineries in Texas. The report also said other options to get the oil from Canada to Gulf Coast refineries are worse for climate change.

The new report "again makes clear there is no reason for this critical pipeline to be blocked one more day," said House Speaker John Boehner, R-Ohio. After four years of what he called "needless delays," Boehner said it is time for President Barack Obama "to stand up for middle-class jobs and energy security and approve the Keystone pipeline."

They say it was inadequate and failed to account for climate risks posed by the pipeline. The report also is based on a false premise, opponents say -- namely, that tar sands in western Canada will be developed for oil production regardless of whether the Keystone XL pipeline is approved.

"Americans are already suffering from the consequences of global warming, from more powerful storms like Hurricane Sandy to drought conditions currently devastating the Midwest and Southwest," said Daniel Gatti of the group Environment America. Production of oil from Canadian tar sands could add as much as 240 billion metric tons of global warming pollution to the atmosphere, Gatti said, a potential catastrophe that would hasten the arrival of the worst effects of global warming.

Gatti and other opponents said development of the vast tar sands is far from certain, despite assurances by the project's supporters.

"Tar sands can be stopped, and we are stopping it," Gatti said, citing a rally in Washington last month attended by an estimated 35,000 people. Project opponents also have blocked construction in Texas and Oklahoma and have been arrested outside the White House gate.

The pipeline plan has become a flashpoint in the U.S. debate over climate change. Republicans and business and labor groups have urged the Obama administration to approve the project as a source of jobs and a step toward North American energy independence. Environmental groups have been pressuring the president to reject the pipeline, saying it would carry "dirty oil" that contributes to global warming. They also worry about a spill.

The lengthy report says Canadian tar sands are likely to be developed, regardless of whether the U.S. approves the Keystone XL pipeline, which would carry oil through Montana, South Dakota, Kansas, Nebraska and Oklahoma.

The report acknowledges that development of tar sands in Alberta would create greenhouse gases but makes clear that other methods of transporting the oil -- including rail, trucks and barges -- also pose a risk to the environment.

The State Department analysis for the first time evaluated two options using rail: shipping the oil on trains to existing pipelines or to oil tankers. The report shows that those other methods would release more greenhouse gases that contribute to global warming than the pipeline. The Keystone XL pipeline, according to the report, would release annually the same amount of global warming pollution as 626,000 passenger cars.

A scenario that would move the oil on trains to mostly existing pipelines would release 8 percent more greenhouse gases such as carbon dioxide than Keystone XL. That scenario would not require State Department approval because any new pipelines would not cross the U.S border.

Another alternative that relies mostly on rail to move the oil to the Canadian west coast, where it would be loaded onto oil tankers to the U.S. Gulf Coast, would result in 17 percent more greenhouse gas emissions, the report said.

In both alternatives, the oil would be shipped in rail cars as bitumen, a thick, tar-like substance, rather than as a liquid.

The State Department was required to conduct a new environmental analysis after the pipeline's operator, Calgary-based TransCanada, changed the project's route though Nebraska. The Obama administration blocked the project last year because of concerns that the original route would have jeopardized environmentally sensitive land in the Sand Hills region.

The administration later approved a southern section of the pipeline, from Cushing, Okla., to the Texas coast, as part of what Obama has called an "all of the above" energy policy that embraces a wide range of sources, from oil and gas to renewables such as wind and solar.

The draft report issued Friday begins a 45-day comment period, after which the State Department will issue a final environmental report before Secretary of State John Kerry makes a recommendation about whether the pipeline is in the national interest.

Kerry has promised a "fair and transparent" review of the plan and said he hopes to decide on the project in the "near term." Most observers do not expect a decision until summer at the earliest.

Canadian Natural Resource Minister Joe Oliver said Friday that Canada will respect the U.S. review process and noted the importance of the pipeline to the Canadian economy.

Obama's initial rejection of the pipeline last year went over badly in Canada, which relies on the United States for 97 percent of its energy exports.