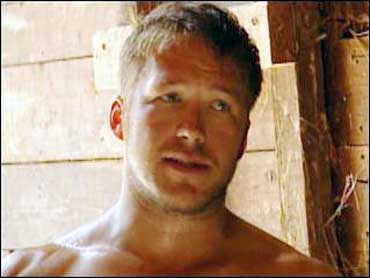 Overall World Cup champion Bode Miller apologized Thursday for comments he made about skiing and drinking in a 60 Minutes interview that aired last Sunday.

The apology came after Miller spoke to United States Ski and Snowboard Association President and CEO Bill Marolt. The USSA was swamped with angry phone calls from team donors and corporate sponsors after Miller said during the interview with correspondent Bob Simon that it's not easy "to ski when you're wasted."

"The most important thing is that I wanted to come straight out and apologize to mostly my family, friends," Miller said Thursday. "But also we have a lot of people who supported me along the way, through my team and even just family and friends who have supported me, who I think are subject to only what the media puts out in America."

"And because of the way I made those comments in the '60 Minutes' interview it caused a lot of confusion and pain for all those people and obviously that's nothing I want to do so firstly I'd like to apologize to them," Miller said.

Miller angered ski officials, team staff and sponsors when he told Simon that "there's been times when I've been in really tough shape at the top of the course."

"Talk about a hard challenge right there. I mean, if you ever tried to ski when you're wasted, it's not easy. Try and ski a slalom when the gates are," Miller said in the interview. "You hit a gate less than every one a second, so it's risky, you know. You're putting your life at risk there. It's like driving drunk only there's no rules about it in ski racing."

Asked if the risk meant he would never ski drunk again, the 28-year-old Miller replied, "No, I'm not saying that."

Marolt traveled to Wengen following Sunday's airing of the show to meet with Miller and "work with him to both recognize the seriousness of his comments and to reach a positive outcome."

Miller is currently in Switzerland to take part in the Lauberhorn weekend, the longest-running Alpine ski event. On Thursday, Miller tied for third during training for a World Cup downhill on the 2.8-mile course, with Canada's Erik Guay finishing first and Italy's Peter Fill second.