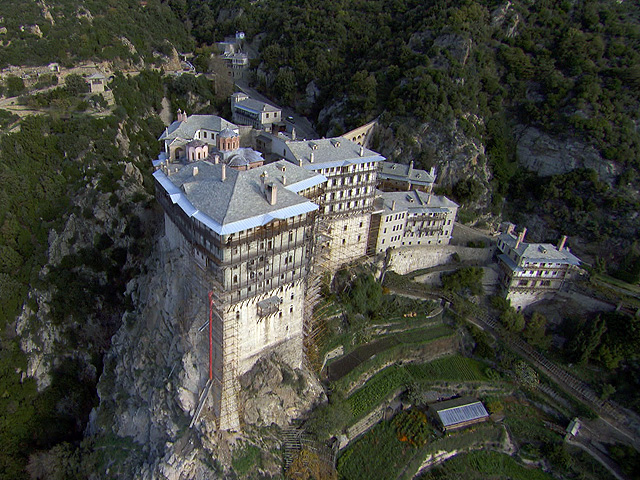 Hear the late Bob Simon talk about one of his favorite 60 Minutes reports called "Mount Athos," which was first broadcast in April 2011. Simon received rare access to the monasteries at Mt. Athos on a remote peninsula in northern Greece, considered to be one of the most sacred places in Christianity.

Mt. Athos is as far away from the 21st century as you can imagine, and the monks say there is no place closer to heaven. Yet they're not taking that for granted, and every day they pray for at least a dozen hours in order to move closer and closer to God - prayer that ranges from beautiful harmonic chanting to near-silent whispers.

Bob and producers Harry Radliffe and Michael Karzis came back from this adventure with a magnificent two-part segment and we think you'll find that "Mount Athos" --- the piece and the place -- are out of this world.