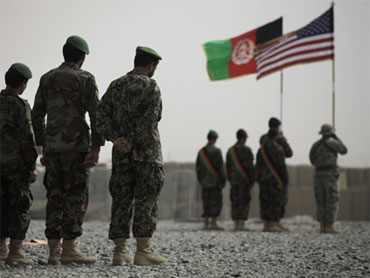 Robert Blake was acquitted of murder and solicitation Wednesday after long jury deliberations because he is no Scott Peterson and because his slain wife Bonnie Bakley was no Laci Peterson. He was acquitted because two key prosecution witnesses against him were not credible enough to convince jurors that Blake was actively seeking to murder his wife. He was acquitted because the physical case against him wasn't convincing and because the eyewitness testimony was ambiguous, at best. Sometimes there is no mystery in a verdict. This is one of those times.

The problem for prosecutors was that there was no single part of their case that was strong enough to overcome the many weak links in the chain of proof and persuasion. Even the images and appearances and reputations at trial favored the defense. Unlike Scott Peterson, Blake was a reasonably sympathetic figure, a loving father, an older man, a familiar face. And unlike Laci Peterson, Bakley was not exactly a paragon of innocence and virtue. Defense attorneys thus were able to suggest to jurors that plenty of other men might have wanted to kill her for the "lonely hearts" racket. This dynamic didn't push jurors toward the prosecution's case and it certainly didn't help convince jurors that Blake's purported motive for killing was strong enough, in the absence of good other evidence, to justify a conviction and life sentence.

And if even those on the panel were so inclined, there were plenty of problems with the evidence against Blake. Take Gary "Whiz Kid" McLarty and Ronald "Duffy" Hambleton, two stuntmen whom prosecutors say Blake approached because he was looking for someone to murder Bakley. Murder-for-hire prosecutions are successful all the time, mostly because the person solicited has the good sense to turn state's evidence and reel in the solicitor. But in this case, the two witnesses ended up being the Cheech and Chong of the trial. Blake's attorneys got McLarty to admit to chronic cocaine use and a 2004 psychotic break when he admitted himself into a psychiatric ward. And they got Hambleton to admit to a methamphetamine addiction which apparently led to hallucinations. Surely this is the stuff of reasonable doubt.

When it came to the physical evidence against Blake, his attorneys did what defense attorneys almost always do -- they attacked as shoddy the procedures the police used in gathering information. Also, Blake's lawyers criticized police and prosecution motives, saying that the case came about because law enforcement tried to justify its early -- and in the defense view inaccurate -- conclusions that Blake must have murdered Bakley.

But even if jurors don't buy into the defense theory that the police ignored other investigative avenues because Blake was an easy and obvious target, the physical evidence just wasn't that strong. Certainly it wasn't strong enough to shore up all the other weaknesses in the case.

The gun found on Blake is not the gun used in the murder. And the gun used in the murder was not linked to Blake. Gun residue found on Blake could have come from the moment when he discovered Bakley, shot while she waited in their car, and a defense expert testified that Bakley's shooter should have had more residue on her than was found on Blake's hands when he was tested that night. Meanwhile, the defense during closing arguments gave jurors another option for reasonable doubt. If Blake truly had shot his wife, they argued, then why didn't he make sure she was dead so she couldn't identify him before leaving the scene? Bakley was alive when the paramedics found her.

Even the eyewitnesses who saw the couple that night, both before and after the shooting, weren't able to conclusively support the prosecution's version of events. A few witnesses who saw the couple at the restaurant they dined in before the shooting said Blake was acting normal. And although prosecution witnesses testified that they saw Blake acting strangely in the moments after he says he discovered Bakley shot, defense witnesses said that he acted appropriate even after the shooting -- that he showed a reasonable amount of shock and sadness at discovering Bakley. A dispute like this between disinterested witnesses usually has to cut the way of the defense -- the way a tie goes to the runner in baseball -- and it appears that in this case it did.

If you are still looking for a further evaluation of the structural weakness in the prosecution's case, you also might consider what Blake's trial judge did immediately after verdicts were announced. Superior Court Judge Darlene Schempp promptly dismissed the one murder solicitation charge upon which the jury had deadlocked. This precludes prosecutors from trying to prosecute Blake again on that charge and it suggests that the trial itself convinced Judge Schempp that no reasonable jury ever could convict Blake upon the evidence presented. Her ruling, post-verdict, was the insult added to the prosecution's injury.

Moreover, even if Blake had been convicted he quite likely would have won a reversal on appeal based upon the discovery earlier this week of a videotape taken by a freelance photographer on the night Bakley was murdered. The videotape apparently was in the possession of the police but never disclosed either to prosecutors or the defense -- which, if true, is a textbook constitutional violation. It purportedly showed Blake vomiting and being consoled by the police, evidence that went directly to the highly relevant (and disputed) issue of Blake's demeanor post-shooting. Had the tape come into evidence when it should have, the jury might not have taken so long to give Blake his freedom. And if Blake had been convicted without the presence of the tape at trial, no appellate court in the country would have upheld his verdict. Blake was acquitted, in other words, even though he didn't get the fairest trial to which he was entitled.

A sympathetic defendant. A victim with plenty of potential enemies. Goofy prosecution witnesses. A lack of direct evidence. Conflicting eyewitnesses. If Blake's stunning acquittal were a movie script, the studios might have sent it back for being too obvious and too predictable. But fortunately for the former television star, life did more than imitate art today. He gets to ride off into the sunset, into the rest of his life.