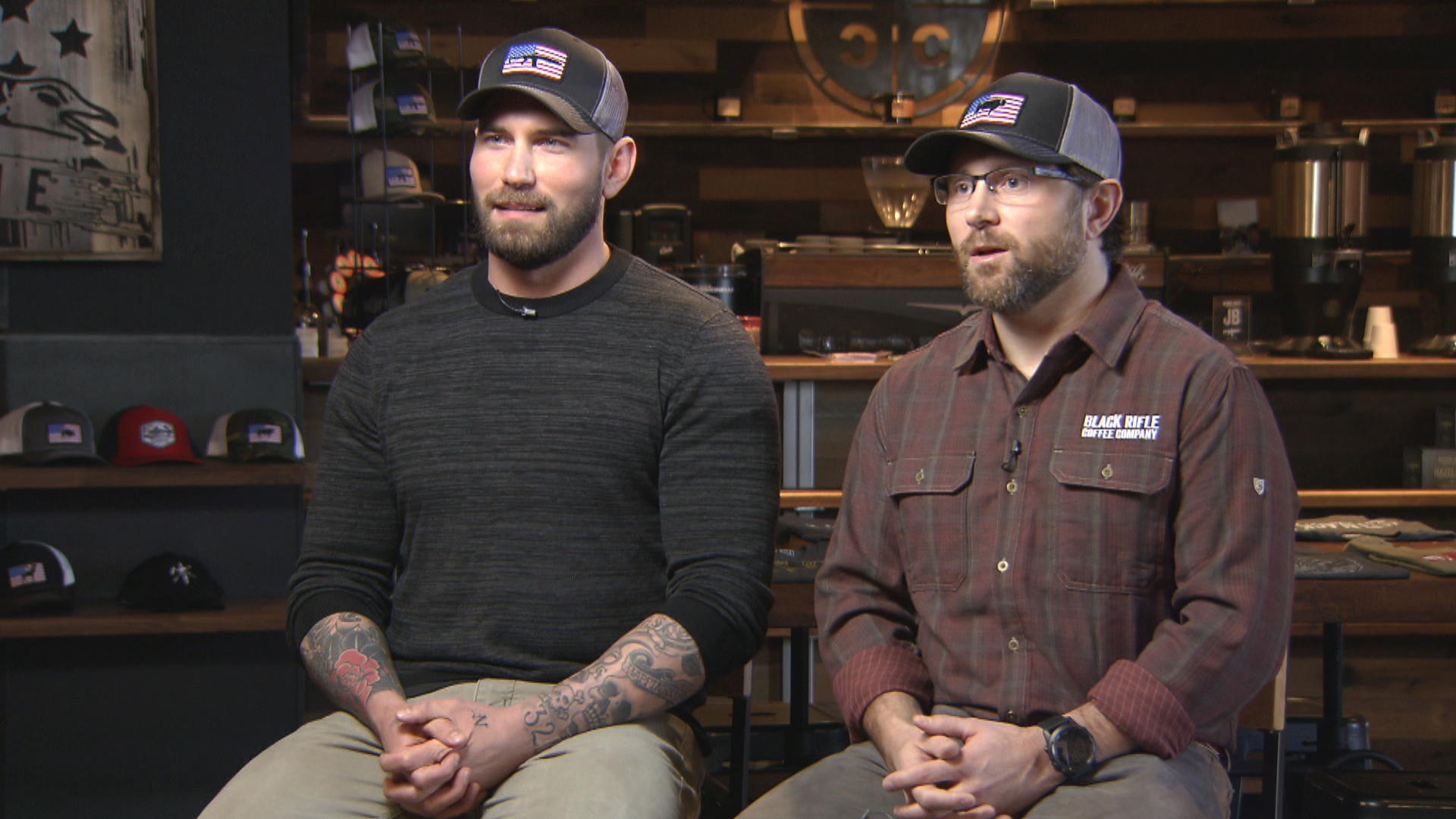 Evan Hafer isn't your typical coffee connoisseur. He's been roasting his own special blends for over a decade in the most unusual places.

"I was deployed back-and-forth from places like Iraq and Afghanistan at the time ... and I couldn't find a good cup of coffee," said Hafer. "Most of the time you are restricted to chow hall, or dining facility coffee. It is horrible. As a guy that truly loves coffee I was just looking to find a great solution to what I thought was kind of a problem."

"He came to my other business partner and said, 'Hey, do you guys want to do coffee?' And I said 'I don't really know coffee but it sounds like a great idea.'"

According to Hafer, Black Rifle Coffee Company has no competitors in the crowded coffee field.

"Name me another CEO that's carried a saw through an alley at three o'clock in the morning in Baghdad, Iraq. There isn't one," said Hafer.

To them, selling a great cup of joe meant selling people on the culture of the company itself.

"It's like family, community, constitutional rights and civil liberties and community for us is the veteran community. And everybody that does, really the grind that makes America what it is and sacrifice their own personal life for the benefit of their communities," Best said.

Provocative videos have been their primary marketing tool. Controversial, unconventional and tongue-in-cheek, the videos have racked up millions of clicks.

"Essentially we're taking a satirical approach to our values, right? I'm a pro-gun guy, very pro-gun, but obviously it's way over the top in the videos," said Best.

But it was two other moves that put Black Rifle Coffee on the map last year. The first: a plug tweeted out by Donald Trump Jr. after coffeemaker Keurig pulled ads from Sean Hannity's Fox News show during the Alabama Senate race.

"Absolutely we'll take it," said Best. "This is the problem I think, people divide too much on the left and right. If someone on the political spectrum that you necessarily don't agree with wants to support a cause that I am devoting my whole entire life to, you're absolutely right that I'm going to be very happy that he is spreading the message."

Black Rifle also made headlines when the company pledged to hire 10,000 veterans in response to Starbucks' promise to hire 10,000 refugees on the heels of the president's travel ban.

"We are the fastest-growing coffee company in America," said Hafer. He plans to open 100 stores over the next five years. "Franchise opportunities are where it's going to happen," he said.

"There is a war on freedom right now which is this politically correct culture where, you know, you're so worried about stepping on an offensive mine even in your own office …. you can't take the men and women who have been doing the most unpolitically correct act in the history of mankind -- war -- and then swing them in a matter of weeks back into a corporate infrastructure and allow them to fit in perfectly."

Black Rifle Coffee has an over 50 percent veteran hiring rate, according to Hafer.

"We have no less than five conversations a week about PTSD," he said. "Every day we have great conversations about how we can be a more proactive and responsible steward of our subculture."

Those conversations, they say, started with the very founding of the nation itself. Odes to service dating back to the rebels behind the Boston Tea Party hang everywhere in the company's Salt Lake City headquarters.

To Hafer and Best, honoring patriots means honoring immigrants like Mohammad Wali Tasleem. The Afghan commando served alongside some Black Rifle employees on their tours, fighting the Taliban, ISIS and al Qaeda for 13 years. The Black Rifle Coffee team of 102 employees includes 47 veterans and 30 women, several of whom are senior level executives.

Hafer said typical coffee culture is "a funny mix of pseudo intellectualism and kind of conformity," with baristas who "look like they should be chopping wood but they don't have the calluses to prove it."

"That's kind of the difference," Hafer said, laughing. "We'll make a great cup of coffee and we could also beat you up."