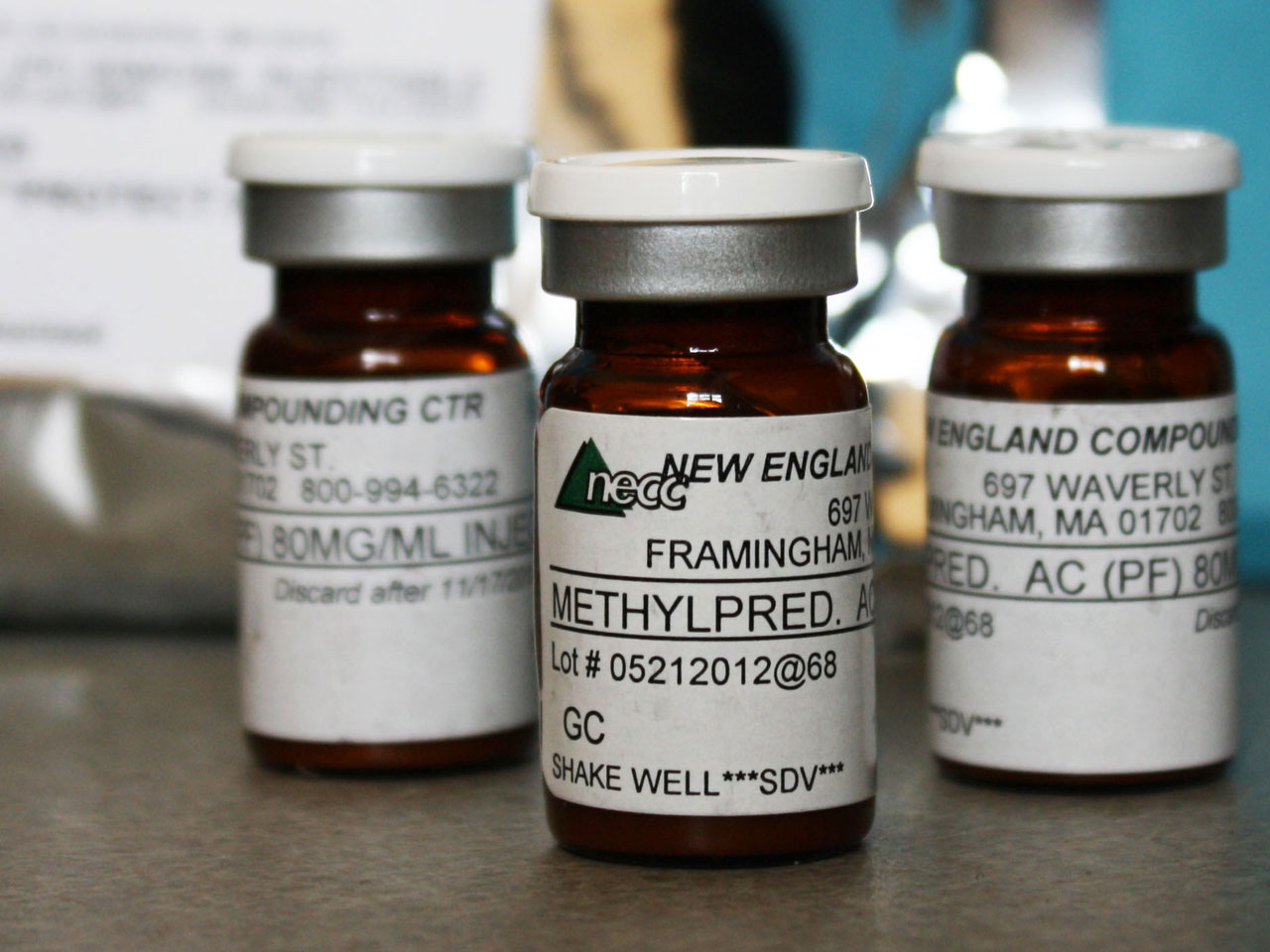 The New England Compounding Center, at the heart of the meningitis outbreak that has resulted in the deaths of 23 people nationwide, has a history of complaints, poor health and safety standards and a failure to test for possible contamination, state officials revealed Tuesday.

The investigation of the NECC facility disclosed black specks of fungus floating in steroid vials, dirty floor mats and a leaking boiler in the room adjacent to the sterile area where the vials of contaminated steroids were assembled, officials said.

Furthermore, NECC was not functioning as a specialty compounding pharmacy serving individual patients but as a manufacturer without the required oversight, officials said.

The preliminary findings of the state investigation were disclosed by Massachusetts Gov. Deval Patrick and State Health Commissioner Dr. Madeleine Biondolillo at a news conference.

Documents were also released Monday by the state department of public health showing the pharmacy was aware of what standards and protocol needed to be followed.

A 2003 letter from the NECC's lawyer to the Massachusetts Division of Professional Licensure indicated that it was the company's standard operating procedure that "sterile suspensions must be tested for fungal growth."

But on 13 separate occasions NECC shipped vials from the contaminated lots before first testing the vials for sterility, officials said.

However, once the tests came back they showed the vials that were tested were clean, officials said.

"Examination of NECC records indicated a failure of the facility to sterilize products for even the minimum amount of time necessary to ensure sterility," said Biondolillo.

The contaminated steroid methylprednisolone acetate -- which is believed to have caused the deaths -- has posed problems for NECC as far back as October, 2002 when an FDA investigator informed state officials that there was an "incident" with the steroid, according to state records.

NECC provided CBS News with an email statement from its attorney Paul Cirel:

"It has always been the company's practice to provide the Board with full and complete access to its facility and its records. As is standard practice in the health care industry, the Board had numerous opportunities, including as recently as last summer, to make first-hand observations of the NECC's facilities and operations."

"Based on that history, it is hard to imagine that the Board has not been fully apprised of both the manner and scale of the company's operations. NECC's transparency in dealing with the Board since inception in 1998 demonstrates its good faith intention to operate in compliance with the requirements of its license."

"Furthermore, the company's intention and best efforts at compliance are equally applicable in every other state in which it has been licensed."

One of the owners of NECC, Barry Cadden, a pharmacist, faced four prior complaints since 1999 for not having specific prescriptions for each drug that went out the door, a violation of state law according to state health officials.

In 2004, a director of a Wisconsin pharmacy wrote the Massachusetts Board of Pharmacy expressing concern that an employee from NECC said he would need a prescription for a product and suggested that the pharmacy "could use the name of a staff member if we wanted to."

The pharmacist said the NECC technician added, "other institutions have used a nurse's name."

In a 2004 letter to the Massachusetts Board of Pharmacy, a lawyer for NECC lays out what they have done to resolve ongoing complaints about the company calling the response to both the FDA and Mass Board of Pharmacy a "success story". But he cautions that if the company were subjected to a "disciplinary sanction" then the "collateral consequences...would be potentially fatal to the business."

The Board issued a consent agreement in 2006 related in part to the company's handling of methyprednisolone acetate that lasted for six months. Afterwards, the company was allowed to return to regular business.

About a dozen employees were in the sales force and traveled all over the country pitching NECC's products to hospitals and surgical centers.

Former sales representatives for NECC and its sister company Ameridose who did not want to be named described an aggressive sales pitch that boasted a quick turn around and a spotless "clean room" where drugs were mixed. Sales people often invited potential customers to take tours of the clean room in person.

Potential customers were told that NECC had rigid sterility testing in place to ensure that contaminated drugs did not go out the door.

A sales strategy of NECC was to look for opportunities in the marketplace for drug shortages and then quickly act to fill in the gap by making their own product according to two former sales people.

Officials indicated that beyond health and safety violations in the pharmacy, they are also looking into the proximity of a large recycling business located in the same building and owned by the same owners of NECC.

CBS News has learned that there have been local complaints about the recycling center's smell and accumulation of debris outside the business.

A large fire just outside the recycling business in September 2009, captured in this Youtube video shows large clouds of black smoke billowing up from the back of the building that also held the compounding center.