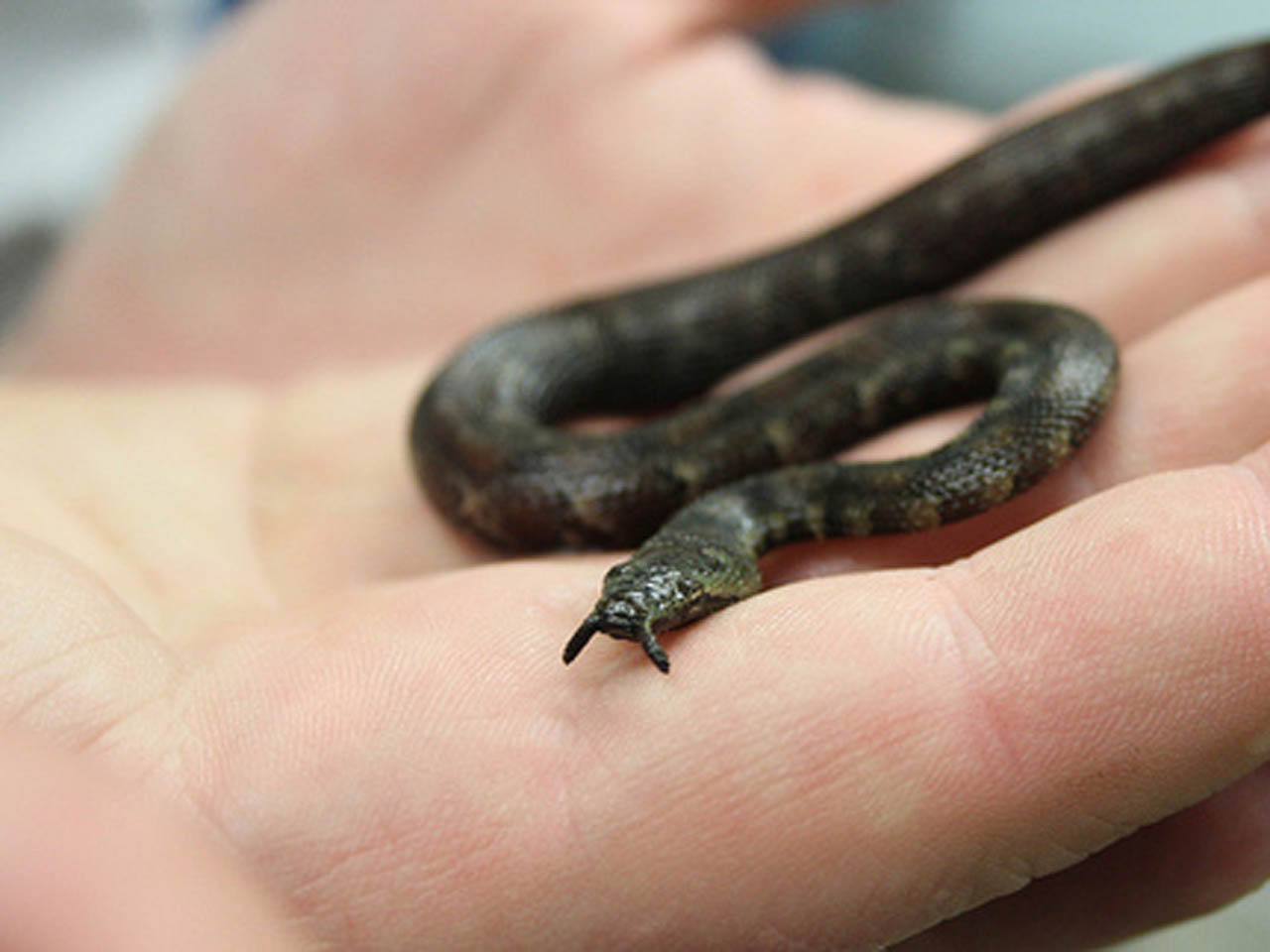 For the first time in more than a decade, a group of tentacled snakes was born at the Smithsonian's National Zoo.

The eight baby snakes, which sport little feelers on their noses, were born Oct. 21 after four years of unsuccessful breeding attempts, the zoo announced Thursday (Nov. 8).

The unusual aquatic species from Southeast Asia is not endangered, but researchers say it's poorly understood. The creatures, referred to as Erpeton tentaculatus in the scientific community, are relatively small, growing to about 20-35 inches in length, and they're the only snakes with two short tentacles on their snouts, which allow the reptiles to sense vibrations from fish that swim by.

Tentacled snakes spend their lives in water and use their tails to steady themselves as they wait to ambush their prey. Recent research has focused on how the snakes use their sharp hunting skills to scare fish right into their mouths. A study detailed in the journal PLoS ONE in 2010 showed that the adept predators have evolved a mechanism to capture spooked prey that end up parallel to their heads instead of in front of the snake's open jaws. Apparently, their nervous systems allow them to predict where a fish prey will end up when startled.

The tentacled snakes also develop at an astonishingly fast rate, which staff at the zoo in Washington, D.C., witnessed firsthand.

"Within a few hours of being born, the snakes were already acting like adults," Matt Evans, a keeper at the Smithsonian's Reptile Discovery Center, said in a statement. "Instincts took over and they were hunting. We don't know much about this cryptic species, but we're already learning so much just watching them grow."

The snake babies will likely be sent to other zoos when they get older, Smithsonian officials said. Four adult tentacled snakes, meanwhile, are on display at the zoo's Reptile Discovery Center.