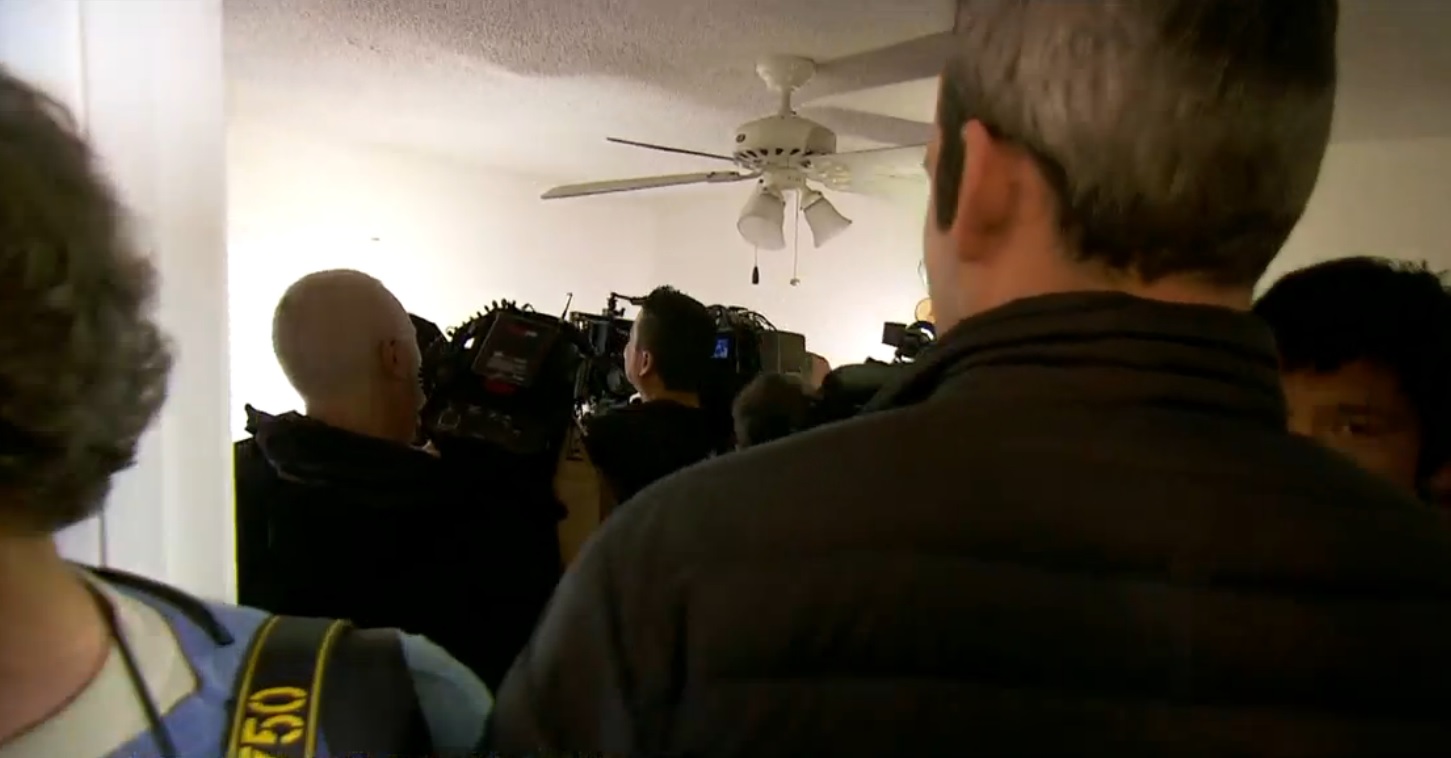 The owner of the home where alleged terrorists Syed Rizwan Farook and Tashfeen Malik lived pried away plywood blocking the front entrance Friday, and allowed media to enter.

A veritable stampede went inside the Redwoods, Calif., home, filming and photographing every inch of a space that just a day before had been a crime scene associated with one of the country's deadliest mass shootings in more than a decade.

"It looked like a garage sale. They rushed (in)," the home's owner, Doyle Miller, said to a CBS News reporter. Miller later clarified that he did give the media permission to enter.

How did this happen at what was a key crime scene?

David Bowdich, assistant director of the FBI's Los Angeles office, was asked Friday if the crime scene had been compromised by the media. He shrugged and said the FBI had cleared the scene.

But it was a strange sight that made even veteran journalists cringe, as they watched a private home subjected to a horde of reporters -- gathering around a baby's empty crib, using iPhones to snap shots of personal photos, competing for space with TV cameras as they rifled through the left-behind lives of the country's newest terror suspects.

"What the hell just happened?" asked the author of a post on "The Atlantic," within minutes of the spectacle.

It was a questioned echoed by journalism ethics experts contacted Friday by CBS News.

"What the hell happened here?" asked Kelly McBride, Vice President of Academic Operations at the Poynter Institute for Media Studies. "Group think, it looks like."

McBride said the decision to go into the home, once it was cleared as a crime scene and the owner allowed access, was a reasonable one. But she said certain coverage appeared "super irresponsible" and "voyeuristic."

One media outlet apologized late Friday for showing "images of photographs and identification cards that should not have been aired without review."

McBride said journalists are supposed to gather information, footage and images, and vet that information before broadcasting or publishing it. It's a process that can be compromised when a scene is swarmed.

"I saw (Farook and Malik's) dishes were dirty, and I heard one person say, 'Oh, it looks like they left in a hurry,'" McBride said. "Talk to their family, maybe they were fastidious, that would give those dishes a level of context. Or you might find they just always had dirty dishes around."

Both McBride and John Watson, director of the Journalism Division at the American University School of Communications, questioned the need to air the images instantly.

Said Watson: "The only information I need to know right this instant is there's a tornado heading toward me, or there's a shooter in the building."