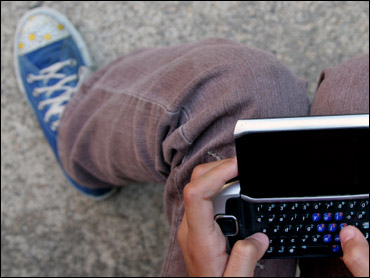 Roman Catholic bishops in Italy are urging the faithful to go on a high-tech fast for Lent, switching off modern appliances from cars to MP3 players and abstaining from surfing the Web or text messaging until Easter.

The suggestion gives a modern twist to traditional forms of abstinence in the period Christians set aside for fasting and prayer ahead of Easter. And it shows the Church's increasing focus on the use of technology as well as its perceived abuses.

Dioceses and Catholic groups in Modena, southern Bari and other cities have called for a ban on text messaging every Friday in Lent, which began last week with Ash Wednesday.

"It's a small way to remember the importance of concrete and not virtual relationships," the Modena diocese said in a statement. "It's an instrument to remind us that our actions and lifestyles have consequences in distant countries."

The diocese said the "no SMS day" seeks to draw attention especially to years of conflict in Congo fueled in part by the struggle for control of coltan mines. The mineral is an essential material in cell phones.

The Turin diocese is suggesting the faithful not watch television during Lent. In the northeastern city of Trento the church has set up a "new lifestyles" calendar that proposes different changes in everyday life for each of the period's five weeks.

Some ideas include: Leave cars at home and hop on a bike or a bus; refrain from throwing chewing-gum on the street and start recycling waste; enjoy the silence of a week without the Internet and iPods.

Italian laity and clergy have reacted cautiously to the proposals, with some saying Lenten abstinence should be a personal matter and others contending that people who need technology to work shouldn't be asked to do without.

"I have to decide how to experience the Lent period. I should give up something if I really feel it, not because the Church says so," said 26-year-old Angelo Dente.

"What does giving up mean? If the use is capricious then abstinence is welcome, but if technology is needed for work it makes no sense," said the Rev. Giancarlo Angelo Andreis, a priest at a Rome basilica.

And where could many of these appeals for abstinence be found? On the Web sites of various dioceses, highlighting the Church's increasing appreciation of the reach of modern communication even as it remains wary of new media.

In January the Vatican launched its own YouTube channel, with an inaugural address by Pope Benedict XVI who welcomed viewers to this "great family that knows no borders."

Benedict praised social networking sites such as Facebook and MySpace for forging friendships and understanding, but cautioned that online networking could isolate people from real social interaction.

The 81-year-old pope has also warned about what he has called the tendency of entertainment media to trivialize sex and promote violence.