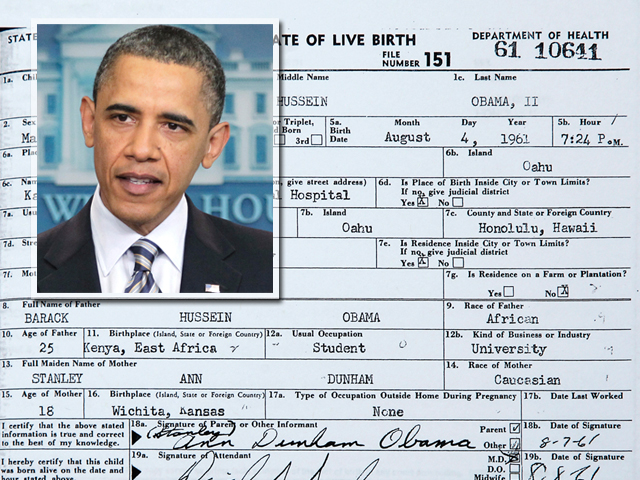 President Obama's surprise decision to release his long-form birth certificate has many in Washington shaking their heads.

At first blush, it looks like the move was a response to real-estate mogul Donald Trump's recent push on the so-called "birther" issue. As Trump mulls a run for the White House himself, he's been making Mr. Obama's citizenship and place of birth an issue, one that's getting more attention as Trump soars in early polls.

But Donald Trump is not the only birther proponent out there. In fact, Republicans have pushed the birther issue in more than a dozen state houses nationwide -- many pushing bills that would require candidates for president to submit birth certificates to state election officials.

Recently, Arizona Gov. Jan Brewer vetoed that state's just-passed birther law that would have allowed the State Secretary of State to judge the qualifications for candidates and would have required candidates to submit "early baptismal or circumcision certificates" to the state. "This measure creates significant new problems while failing to do anything constructive for Arizona," wrote the governor in her veto message.

Another such bill was introduced in Michigan this week. According to the Detroit Free Press, Michigan State Rep. Mike Callton introduced a bill to "clarify a constitutional question that has arisen about a number of presidential candidates," by requiring candidates for president to submit a legal copy of his or her birth certificate.

According to the paper, Callton said that he didn't introduce the bill to continue to birther issue, but to end it.

"I introduced this bill to end the birther debate. If this bill becomes law, the debate will end once and for all in September 2012," he said.

But with the vitriol of the birther movement happening around the country, the White House hopes the action it took today will do more than any of the state house proposals to do just that -- end the debate.