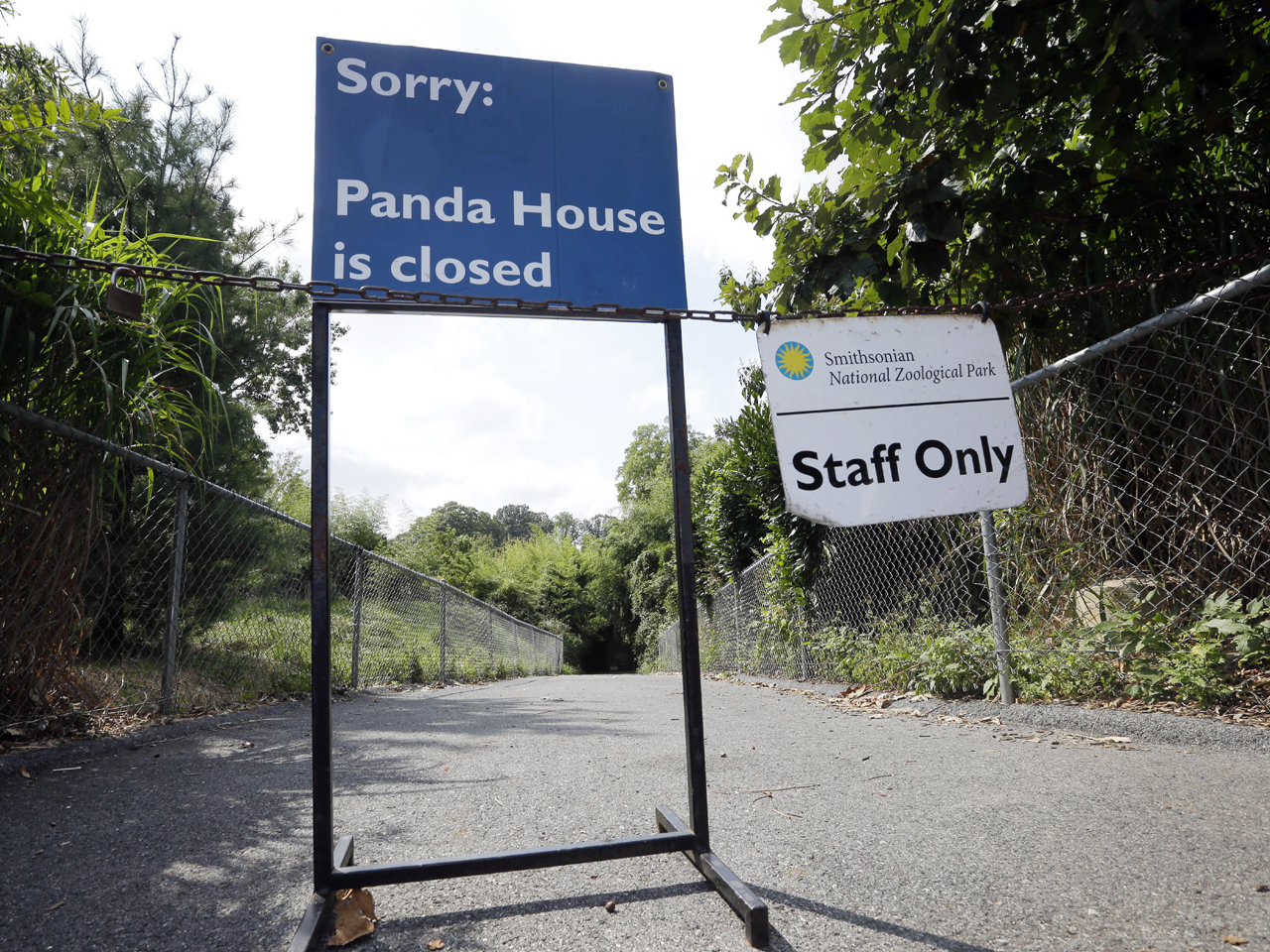 (CBS News) Mei Xiang, the National Zoo's female panda, delivered a surprise late Sunday - a cub. Not yet visible, because he or she is so tiny - but very audible, making an easily identifiable squeaking noise.

Nicole MacCorkle, a panda keeper at the zoo, told CBS News, "We saw - or heard - squeals that are indicative of a cub. It's a very distinctive noise that panda cubs make - kind of a squeal and some grunts."

MacCorkle says the new cub weighs in at no more than four ounces.

After Mei Xiang gave birth over the weekend, so many people went to the zoo's website that it crashed.

The panda house at the National Zoo is closed, turned into a maternity ward. And that's good news for mama bear Mei Xiang. When CBS News visited three weeks ago, the zoo wasn't even sure she was pregnant. And she faced the threat of being sent back to China and being replaced by a younger, more fertile female.

The mother and cub will not be seen for several weeks - and it may take longer than that for zoo veterinarians to get a good look and determine the cub's gender. The new arrival won't go on public view until late this year or early next.

Washington's new panda has no name yet - the custom is to wait a while. Dennis Kelly, director of the National Zoo, said the zoo will follow the Chinese tradition of waiting for 100 days to name the cub.

All the pandas in the U.S. are leased from China, and under the terms of the agreement, the new cub will go back to China after four years. Until then, look for him or her on the zoo's panda cam.