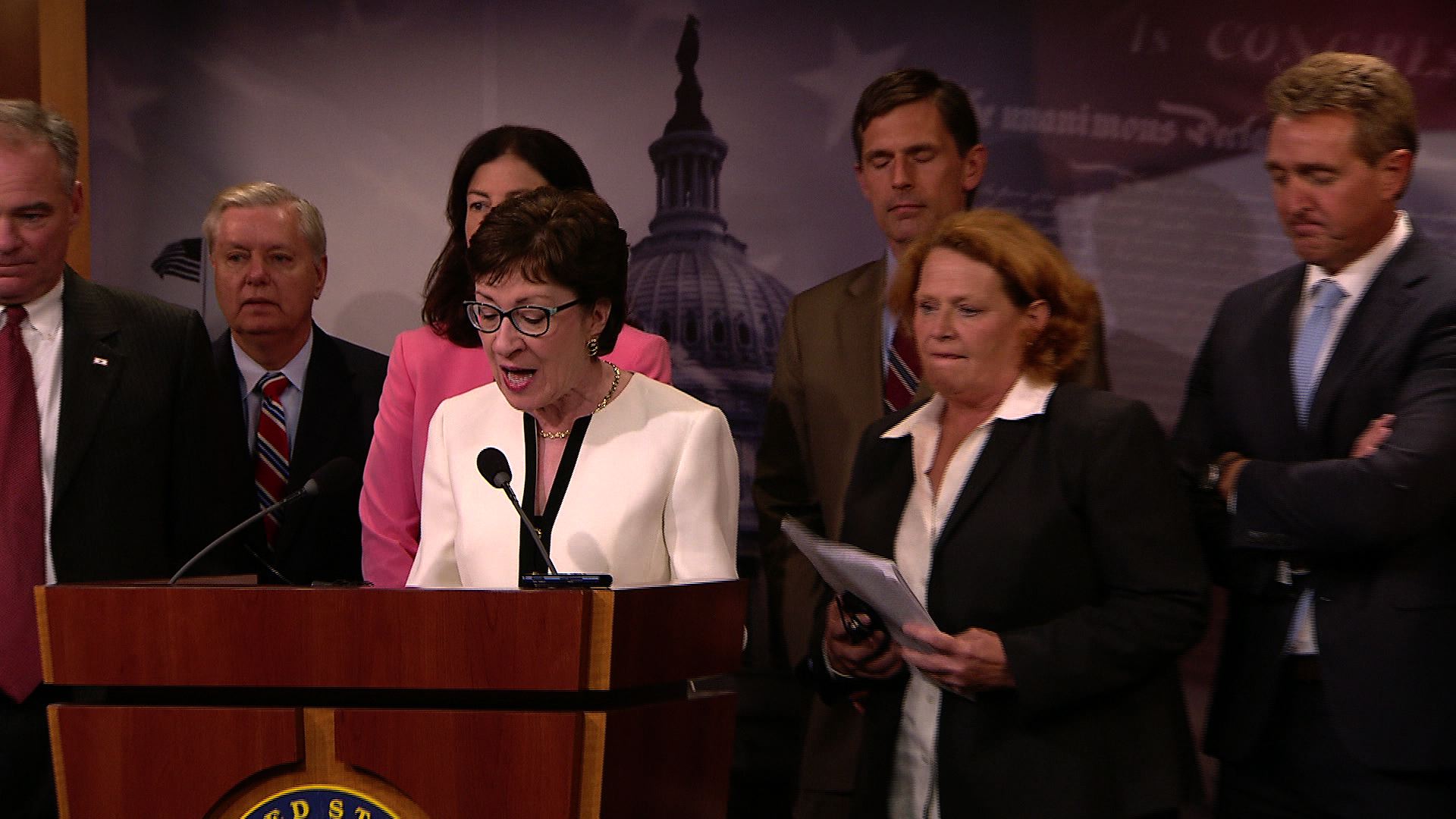 The Senate on Thursday voted against tabling a bipartisan proposal aimed at keeping suspected terrorists from purchasing guns, meaning the measure will advance further in the Senate.

First, the Senate voted 46-52 against setting aside the bipartisan proposal from Sen. Susan Collins, R-Maine, which would prevent individuals on the federal no-fly list from purchasing guns. The proposal will now advance after winning a simple majority, though it's worth noting it will eventually need 60 votes to overcome a filibuster.

Collins' proposal was put together after two similar competing measures, one from Sen. Dianne Feinstein, D-California, and another from Sen. John Cornyn, R-Texas, failed in the Senate Monday night.

The second vote Thursday was on an alternative proposal from Sen. Ron Johnson, R-Wisconsin. His measure was designed to authorize the U.S. Attorney General to delay or deny the purchase of firearms to suspected terrorists; it was tabled by a 67-31 vote.

Thursday's votes come shortly after House Democrats ended their nearly 26-hour sit-in on the House floor demanding action on gun control legislation and the week after Sen. Chris Murphy, D-Connecticut, launched a nearly 15-hour filibuster on the Senate floor. On Monday night, the Senate voted on four gun-related proposals, all of which failed.

Wisconsin GOP sued for submitting their own electors in 2020 election