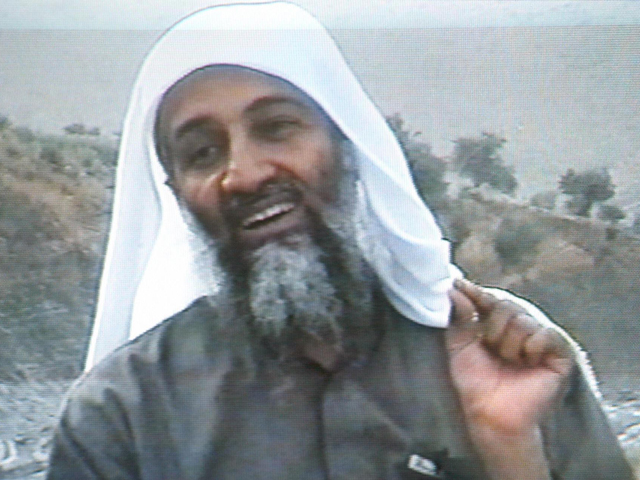 WASHINGTON - The Obama administration used DNA testing and other means to confirm that elite American forces in Pakistan had in fact killed Osama bin Laden, the mastermind behind the Sept. 11, 2001 terrorist attacks, officials said Monday, as the world absorbed the stunning news.

The officials said the DNA testing alone offered a "99.9 percent" certainty that bin Laden was shot dead in a daring U.S. military operation. Detailed photo analysis by the CIA, confirmation by other people at the raid site and matching physical features like bin Laden's height all helped confirmed the identification.

One of the women in the compound was one of bin Laden's new wives, a Yemeni woman who identified him postmortem, sources tell CBS News. She was left behind.

One official said there should be no doubt in anybody's mind that the person killed was bin Laden.

The officials spoke on condition of anonymity given the sensitivity of the matter.

Still, it was unclear if the world would ever get visual proof. Bin Laden's body was quickly buried at sea, and administration officials were weighing the merit and appropriateness of releasing a photo of bin Laden, who was shot in the head.

The face of global terrorism was killed in a firefight with American forces. As spontaneous celebrations and expressions of relief gave way to questions about precisely what happened and what comes next, U.S. officials warned that the campaign against terrorism is not nearly over — and that the threat of retaliation was real.

"The fight continues and we will never waver," Secretary of State Hillary Rodham Clinton said Monday. Her comments had echoes of former President George W. Bush's declaration nearly a decade ago, when al Qaeda attacks against America led to war in Afghanistan and changed the way Americans viewed their own safety.

Turning to deliver a direct message to bin Laden's followers, she vowed: "You cannot wait us out."

President Barack Obama himself delivered the news of bin Laden's killing in a dramatic White House statement late Sunday. "Justice has been done," he said.

The president was expected to address the topic again in a Medal of Honor ceremony shortly before noon EDT.

The military operation that ended bin Laden's life took mere minutes, and there were no U.S. casualties.

U.S. Blackhawk helicopters ferried about two dozen troops from Navy SEAL Team Six, a top military counter-terrorism unit, into the compound identified by the CIA as bin Laden's hideout — and back out again in less than 40 minutes. Bin Laden was shot in the head, officials said, after he and his bodyguards resisted the assault.

The compound is about a half-mile from a Pakistani military academy, in a city that is home to three army regiments and thousands of military personnel. Abbottabad is surrounded by hills and with mountains in the distance.

Critics have long accused elements of Pakistan's security establishment of protecting bin Laden, though Islamabad has always denied it, and in a statement the foreign ministry said his death showed the country's resolve in the battle against terrorism.

The U.S. official who disclosed the burial at sea said it would have been difficult to find a country willing to accept the remains. Obama said the remains had been handled in accordance with Islamic custom, which requires speedy burial.

"I heard a thundering sound, followed by heavy firing. Then firing suddenly stopped. Then more thundering, then a big blast," said Mohammad Haroon Rasheed, a resident of Abbottabad, Pakistan, after the choppers had swooped in and then out again.

"We have rid the world of the most infamous terrorist of our time," CIA director Leon Panetta declared to employees of the agency in a memo Monday morning. He warned that "terrorists almost certainly will attempt to avenge" the killing of a man deemed uncatchable. "Bin Laden is dead. Al Qaeda is not," Panetta said.

Retaliatory attacks against the U.S. and Western targets could come from members of al Qaeda's core branch in the tribal areas of Pakistan, al Qaeda franchises in other countries, and radicalized individuals in the U.S. with al Qaeda sympathies, according to a Homeland Security Department intelligence alert issued Sunday and obtained by The Associated Press.

While the intelligence community does not have insight into current al Qaeda plotting, the department believes symbolic, economic and transportation targets could be at risk, and small arms attacks against other targets can't be ruled out.

As news of bin Laden's death spread, hundreds of people cheered and waved American flags at ground zero in New York, the site where al Qaeda hijacked jets toppled the twin towers of the World Trade Center. Thousands celebrated all night outside the White House gates.

As dawn came the crowd had thinned yet some still flowed in to be a part of it. A couple of people posed for photographs in front of the White House while holding up front pages of Monday's newspapers announcing bin Laden's death.

The development seems certain to give Obama a political lift as the nation swelled in pride. Even Republican critics lauded him.

But its ultimate impact on al Qaeda is less clear.

The greatest terrorist threat to the U.S. is now considered to be the al Qaeda franchise in Yemen, far from al Qaeda's core in Pakistan. The Yemen branch almost took down a U.S.-bound airliner on Christmas 2009 and nearly detonated explosives aboard two U.S. cargo planes last fall. Those operations were carried out without any direct involvement from bin Laden.

The few fiery minutes in Abbottabad followed years in which U.S. officials struggled to piece together clues that ultimately led to bin Laden, according to an account provided by senior administration officials who spoke on condition of anonymity because of the sensitivity of the operation.

Based on statements given by U.S. detainees since the 9/11 attacks, they said, intelligence officials have long known that bin Laden trusted one al Qaeda courier in particular, and they believed he might be living with him in hiding.

Four years ago, the United States learned the man's identity, which officials did not disclose, and then about two years later, they identified areas of Pakistan where he operated. Last August, the man's residence was found, officials said.

"Intelligence analysis concluded that this compound was custom built in 2005 to hide someone of significance," with walls as high as 18 feet and topped by barbed wire, according to one official. Despite the compound's estimated $1 million cost and two security gates, it had no phone or Internet running into the house.

By mid-February, intelligence from multiple sources was clear enough that Obama wanted to "pursue an aggressive course of action," a senior administration official said. Over the next two and a half months, the president led five meetings of the National Security Council focused solely on whether bin Laden was in that compound and, if so, how to get him, the official said.

Obama made a decision to launch the operation on Friday, shortly before flying to Alabama to inspect tornado damage, and aides set to work on the details.

Panetta was directly in charge of the military team during the operation, according to one official, and when he and his aides received word at agency headquarters that bin Laden had been killed, cheers broke out around the conference room table.

Administration aides said the operation was so secretive that no foreign officials were informed in advance, and only a small circle inside the U.S. government was aware of what was unfolding half a world away.

In his announcement, Obama said he had called Pakistani President Asif Ali Zardari after the raid, and said it was "important to note that our counter-terrorism cooperation with Pakistan helped lead us to bin Laden and the compound where he was hiding."