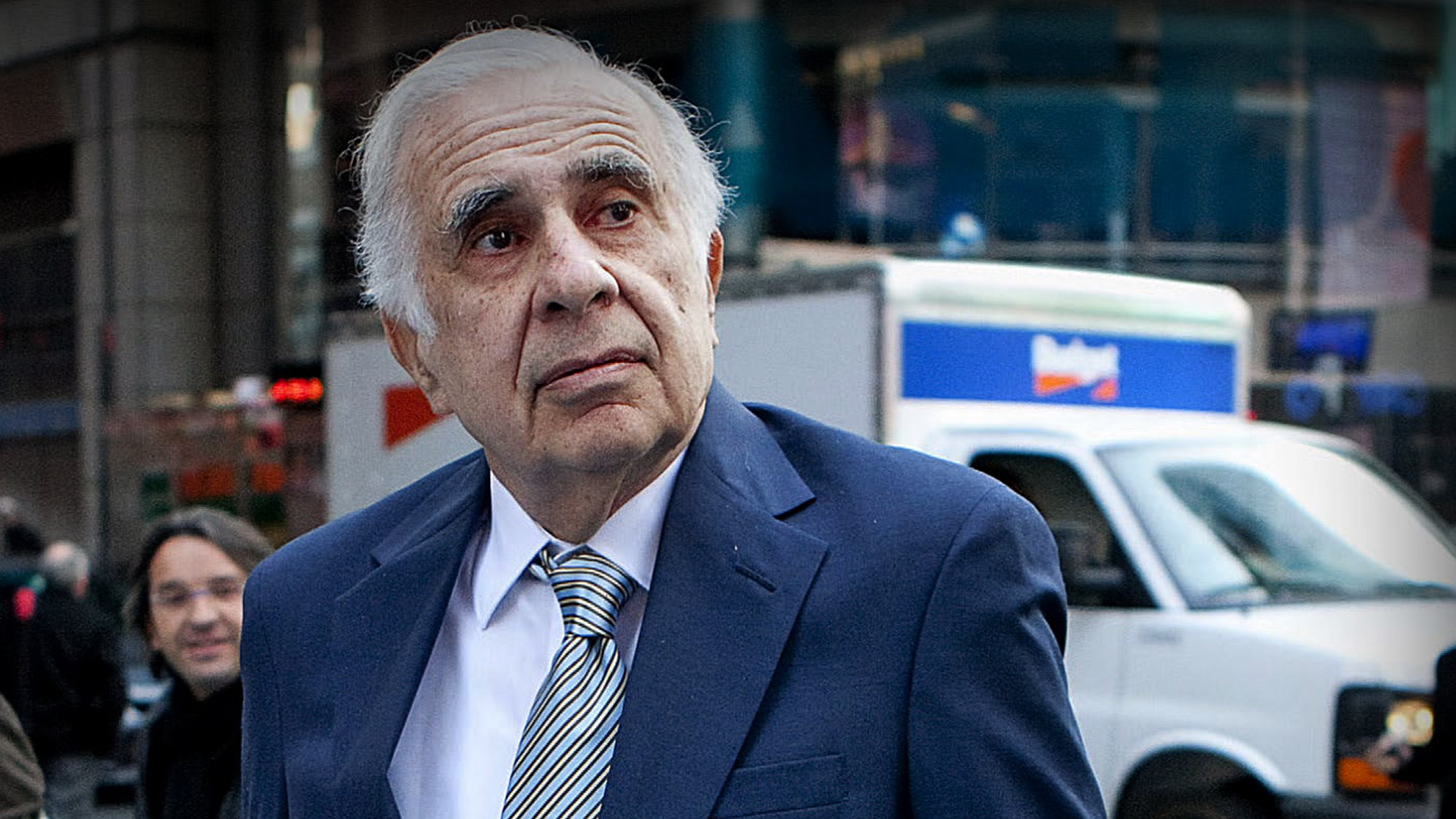 Billionaire investor Carl Icahn announced Friday he is leaving his informal role as an adviser to President Trump on regulatory reform issues, and said he is doing so with Mr. Trump's "blessing."

Icahn publicly released a letter he says he submitted to the president, based on an agreement he and the president reached Friday that he would "cease to act" as a special adviser on regulatory matters. Icahn said he chose to end the arrangement to avoid "partisan bickering" about his role clouding the administration's work, after Mr. Trump recently appointed Neomi Rao to be the administrator of the Office of Information And Regulatory Affairs.

Icahn's letter distances himself from any substantial involvement in the White House, saying not only did he never have a "formal position," but he, "had no duties whatsoever." Icahn said the only issues he discussed with the president were broad ones involving public information, and he didn't profit from his post.

His departure came as The New Yorker magazine was preparing to publish an investigative report detailing a regulatory change Icahn pushed for that could have enriched him personally. The story details potential conflicts of interest and even possible criminal law violations involving obscure rules that require oil refineries to blend ethanol into gasoline. Icahn reportedly pushed for an executive order reversing regulations which were pivotal to one of his investments, but in the end did not succeed in getting the policy changed.

Icahn's lawyer told The New Yorker there was "nothing unusual or inappropriate" about Icahn's trading, and denied that Icahn had any ability to influence policy at the White House.

Here is the body of Icahn's resignation letter in full:

"As I discussed with you, I've received a number of inquiries over the last month regarding the recent appointment of Neomi Rao as Administrator of the Office of Information and Regulatory Affairs (or "regulatory czar," as the press has dubbed her) – specifically questions about whether there was any overlap between her formal position and my unofficial role. As I know you are aware, the answer to that question is an unequivocal no, for the simple reason that I had no duties whatsoever.

I never had a formal position with your administration nor a policymaking role. And contrary to the insinuations of a handful of your Democratic critics, I never had access to nonpublic information or profited from my position, nor do I believe that my role presented conflicts of interest. Indeed, out of an abundance of caution, the only issues I ever discussed with you were broad matters of policy affecting the refining industry. I never sought any special benefit for any company with which I have been involved, and have only expressed views that I believed would benefit the refining industry as a whole.

Nevertheless, I chose to end this arrangement (with your blessing) because I did not want partisan bickering about my role to in any way cloud your administration or Ms. Rao's important work. While I do not know Ms. Rao and played no part in her appointment, I am confident based on what I've read of her accomplishments that she is the right person for this important job.

I sincerely regret that because of your extremely busy schedule, as well as my own, I have not had the opportunity to spend nearly as much time as I'd hoped on regulatory issues. I truly appreciate the confidence you have in me and sincerely hope that the limited insights I shared have been helpful to you. I love our country which has allowed me to achieve so much and I thank you for the informal opportunity you have given me to aid it."

Icahn, like Trump, is a business giant from New York. He is the founder of Icahn Enterprises, a holding company involved in several sectors, including real estate and gaming. Mr. Trump had frequently touted his friendship with Icahn on the campaign trail in 2016.

Icahn's departure comes amid a slew of other departures of White House officials and advisers. Mr. Trump disbanded two business advisory councils and nixed his infrastructure council before it was even formed this week after multiple business leaders left their advisory roles over his comments about Charlottesville, Virginia. Mr. Trump was criticized for saying "both sides" were to blame for the violence, and there were "very fine people" among the white nationalist protesters.