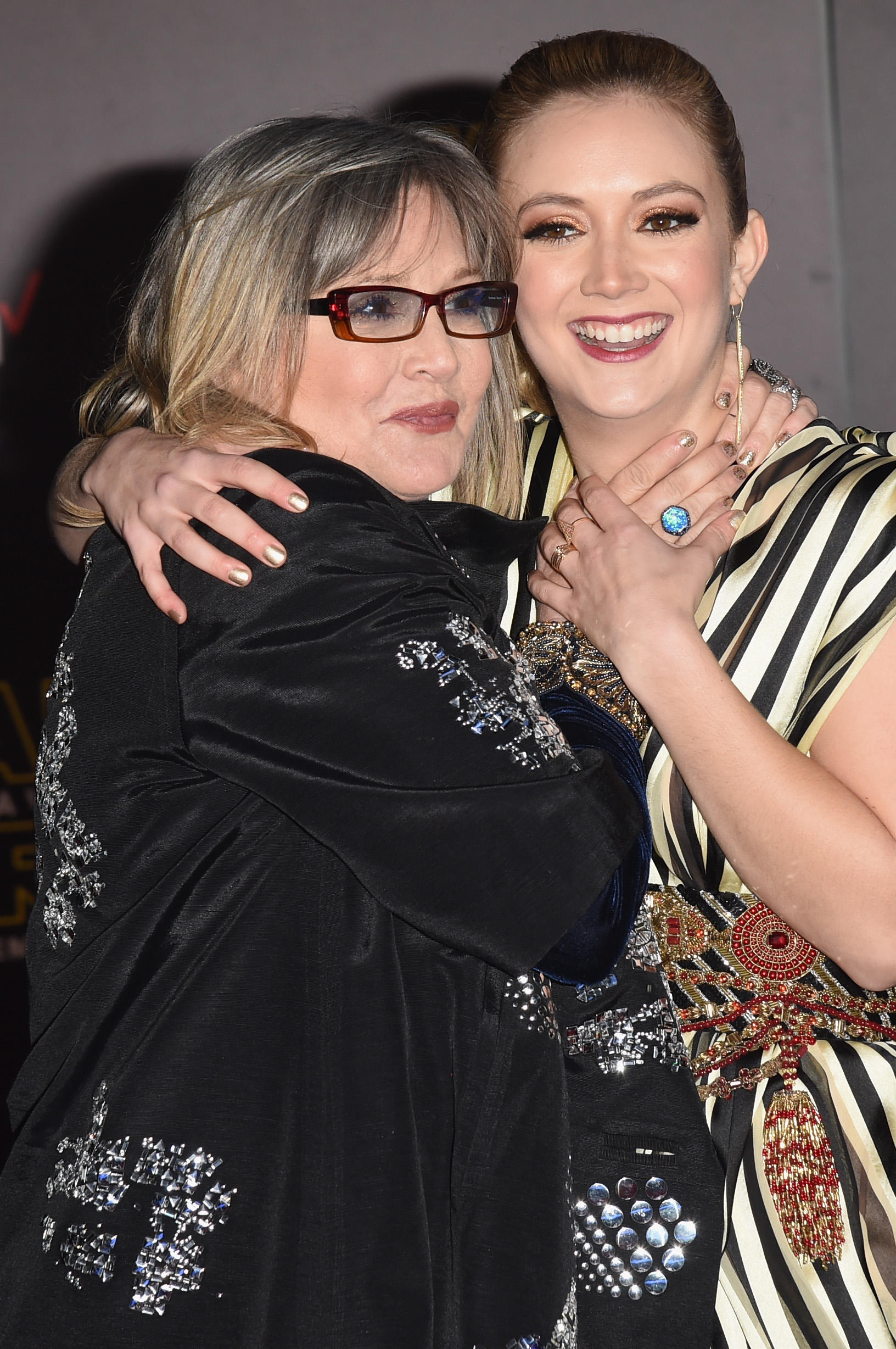 Billie Lourd broke her silence on social media after the deaths of her mother, Carrie Fisher, and grandmother, Debbie Reynolds.

Fisher and Reynolds died last week on Tuesday and Wednesday, respectively. Fisher’s brother and Reynolds’ son Todd Fisher said of his mother, “She’s now with Carrie and we’re all heartbroken,” and announced that the two will have a joint funeral and be buried together.

Lourd, who is an actress on “Scream Queens,” took to Instagram to pay tribute to her mother and grandmother. She posted a throwback photo of herself with the two of them that showed her as a young child sticking her tongue out.

She also thanked her fans: “Receiving all of your prayers and kind words over the past week has given me strength during a time I thought strength could not exist,” she wrote. “There are no words to express how much I will miss my Abadaba and my one and only Momby. Your love and support means the world to me.”

Tragically, Todd said the stress of his sister’s death on Tuesday “was too much” for Reynolds. Carrie Fisher had been hospitalized since Friday after falling ill on a flight from London to Los Angeles. She suffered cardiac arrest and died at 60.

Lourd just recently talked about how close she was with her mother and grandmother.

“First of all, she gets really upset when I get called ‘Carrie Fisher’s daughter.’ She wants people to call me ‘Debbie Reynolds’ granddaughter.’ It’s very offensive to her,” Lourd joked on “Late Night with Seth Meyers.”  “She does not like to be cut out -- not at all. She started it. It’s her fault [that I’m an actress.]”