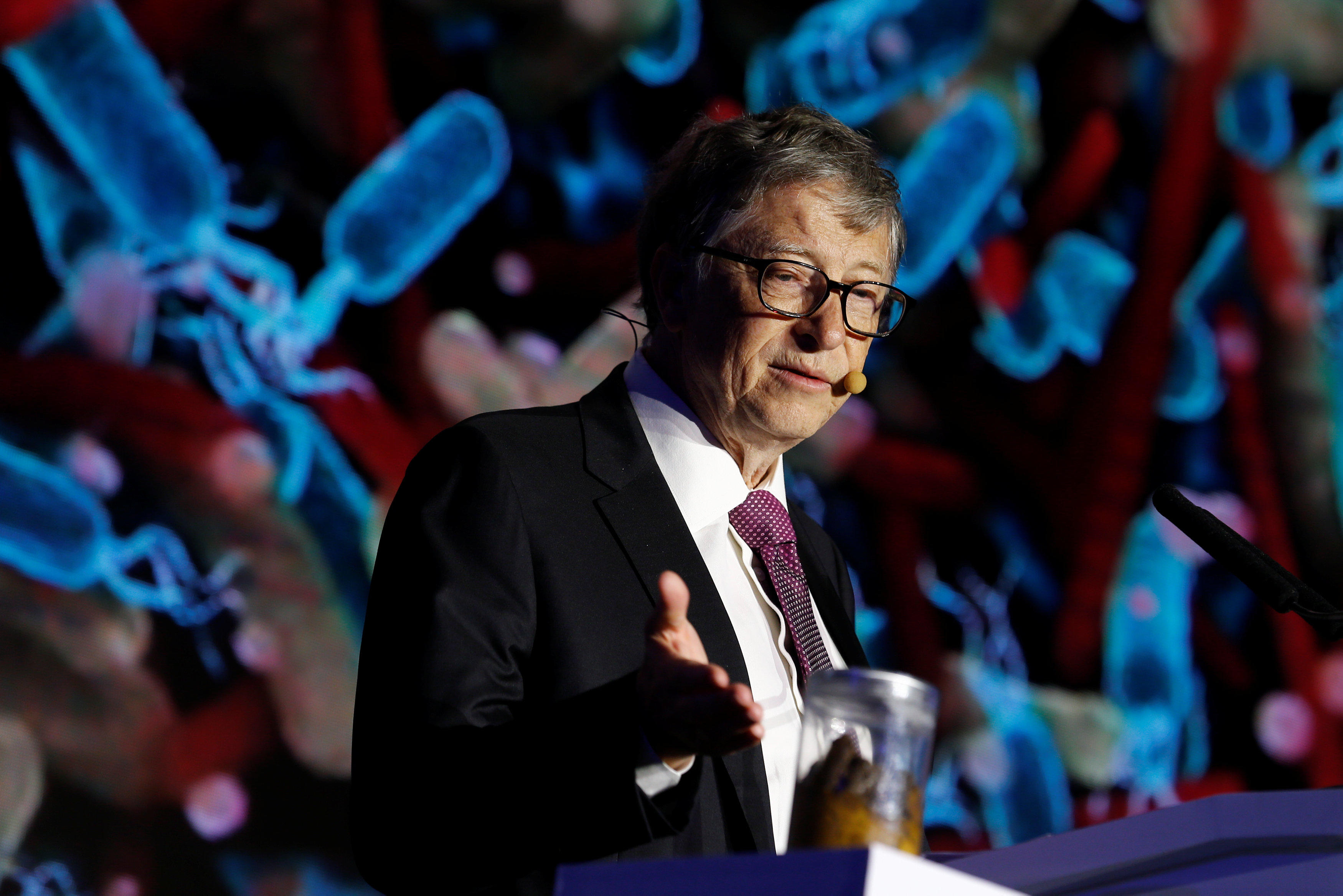 BEIJING -- Placing a jar of feces on a pedestal next to him, billionaire philanthropist Bill Gates made a plea Tuesday for the safe disposal of human waste as he kicked off a "Reinvented Toilet" Expo in China.

"You might guess what's in this beaker -- and you'd be right. Human feces," the former CEO of software giant Microsoft said. "This small amount of feces could contain as many as 200 trillion rotavirus cells, 20 billion Shigella bacteria, and 100,000 parasitic worm eggs."

He went on to say that pathogens like these cause diseases that kill nearly 500,000 children under the age of 5 every year.

More than 20 companies and academic institutions are exhibiting new toilet technologies at the three-day expo in Beijing, from self-contained toilets to a small-scale, self-powered waste treatment plant called the Omni Processor.

The Bill and Melinda Gates Foundation that Gates co-founded with his wife has spent more than $200 million since 2011 to stimulate research and development of safe sanitation technology.

"The technologies you'll see here are the most significant advances in sanitation in nearly 200 years," he said, according to a text of his prepared remarks.

Gates, and the expo itself, remained focused on the need -- driven by present and future water shortages and a lack of infrastructure in many parts of the world -- for toilets that process human waste without the need for water-fed sewers.

"For the first time we're really saying, 'can we make it more economic to avoid all of that?' And in the same way that a personal computer is sort of self-contained, not a gigantic thing, 'can we do this chemical processing actually at the household level?"'

UNICEF estimates that 4.5 billion people worldwide do not have access to safely managed sanitation, and that 480,000 children under 5 die every year from diarrhea, primarily in South Asia and sub-Saharan Africa. There is an economic cost too: Poor sanitation cost the world nearly $223 billion in 2015, according to a study by Oxford Economics and Japanese toilet maker Lixil.

Gates left the feces on display for about 10 minutes before removing it, his point made.