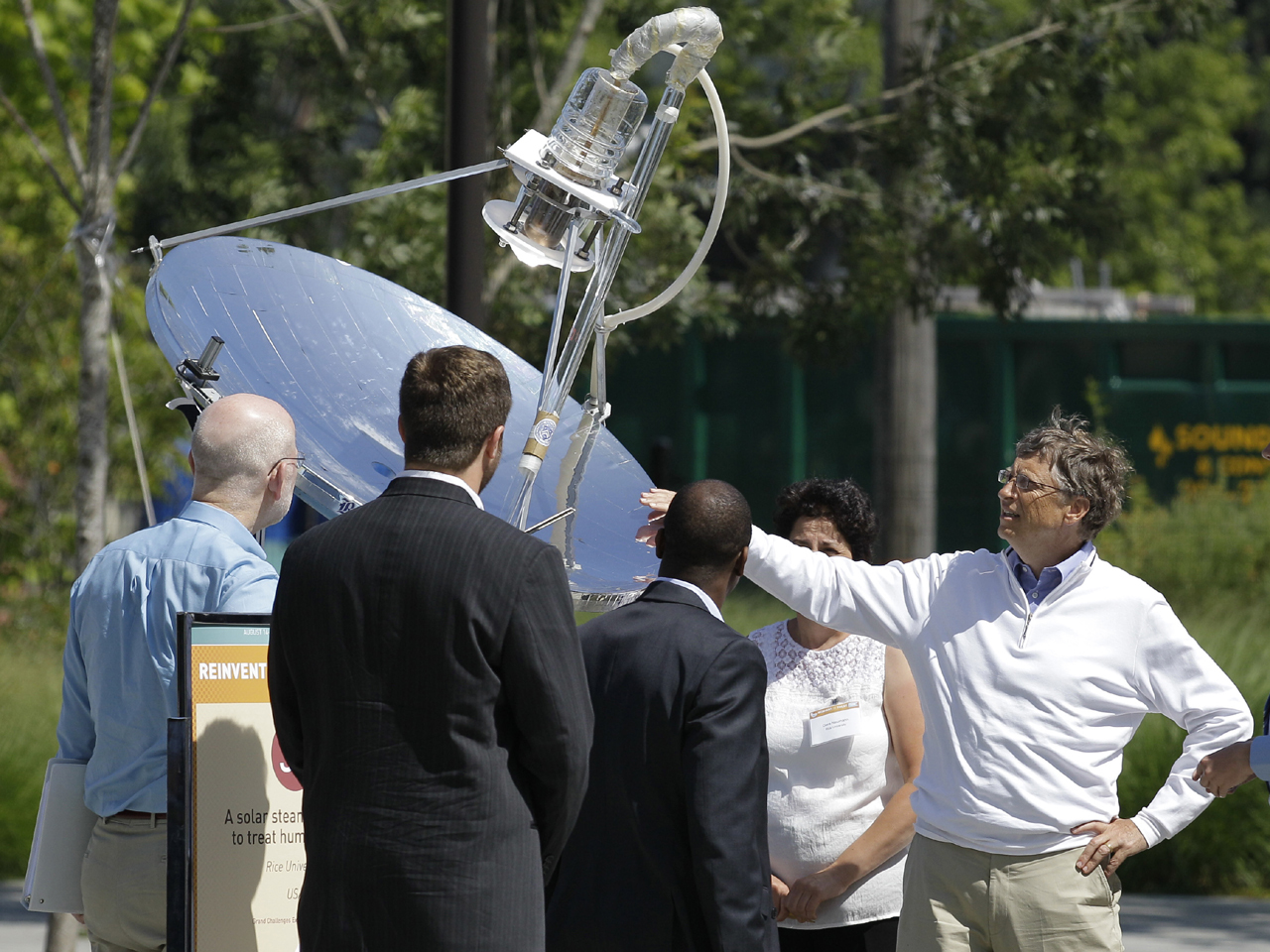 (CBS News) Microsoft magnate Bill Gates is best known for creating a revolution in computers. But he believes innovations in toilet technology could also change the world and save millions of lives.

Gates could spend his billions on just about anything, but he decided to have his foundation host a toilet fair in Seattle.

"We need to come up with something that has the same attractive properties as the flush toilet and yet can be made available to everyone on the planet," Gates said in an address at the fair. "And so we can think of that as a toilet for the 21st century."

The Bill and Melinda Gates Foundation is offering up nearly $7 million for engineers to overthrow the kind of "throne" we've known.

It's not glamorous but it is important. An estimated 2.6 billion people - about 40 percent of the world's population - do not have access to sanitation. That's eight times the population of the United States.

A cheeky video on the foundation's website sends a serious message. It's an animated and frank look at where human waste piles up without access to functioning toilets that warns "in no time you have a big pile of...problems."

Drinking and bathing water becomes contaminated and disease spreads. Children often suffer the most with 1.5 million dying worldwide each year from poor sanitation.

Sanjay Wijesekera, who heads UNICEF's water, sanitation, and hygiene programs, says this is a huge problem. "About 2,750 children die every day as a result of poor sanitation, access to water, and poor hygiene, that can give you an idea of the scale," he says. "That's about a hundred school buses every single day."

Yet the obstacles to fixing the problem are also huge. There is no sewer infrastructure in many developing nations and water is scarce. So any new approach to toilets has to be self-contained, cheap, and produce its own energy.

At the toilet fair in Seattle, some models turned urine into water for flushing, biodegraded human waste into fertilizer, or used insects to eat it.

In the end, Gates himself gave $100,000 to some of the teams, including engineers from California Institute of Technology. Their solar powered design re-uses water and turns human waste into hydrogen gas that then produces energy.

The Gates Foundation says the seven million it's offering is worthwhile because for every dollar spent on improved sanitation in these countries, you get nine dollars back in higher productivity and lower healthcare costs.

For more on this story, watch the Ben Tracy's full report in the video above.