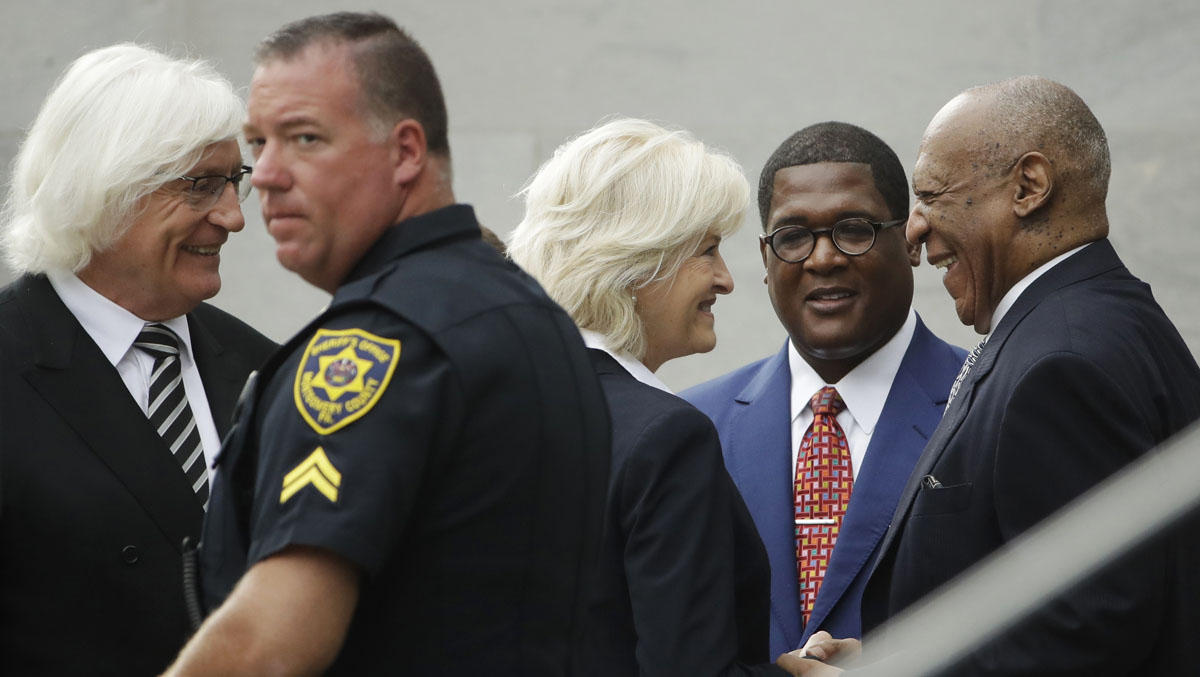 NORRISTOWN, Pa. -- Bill Cosby's new legal team said Tuesday it wants to delay the start of his sexual assault retrial, which had been set for November, as the 80-year-old comedian's lawyers get up to speed on the case.

Judge Steven O'Neill granted the delay and said that he still expects the 80-year-old comedian to be tried before next summer.

Cosby's new lawyers made their first court appearance on behalf of "The Cosby Show" star, who is charged with drugging and molesting a woman at his home near Philadelphia in 2004. His first trial in June ended in a hung jury, setting the stage for a retrial.

The attorneys who represented Cosby at the first trial, Brian McMonagle and Angela Agrusa, had asked to be let off the case. Montgomery County Judge Steven O'Neill granted their request, praising them for their "extraordinary advocacy."

As they left the courtroom, the departing lawyers shook hands with Cosby and his new legal team, which includes Tom Mesereau, the high-profile attorney who won an acquittal in Michael Jackson's child molestation case. Others on the new team are former federal prosecutor Kathleen Bliss and Sam Silver, who represented now-imprisoned former U.S. Rep. Chaka Fattah in a corruption case.

The new lawyers said they want jurors picked from Montgomery County, where the alleged assault at Cosby's home took place. The first jury was selected from the Pittsburgh area and spent two weeks sequestered 300 miles from home.

Cosby is being retried on charges that he assaulted Andrea Constand in 2004. He has said their sexual encounter was consensual.