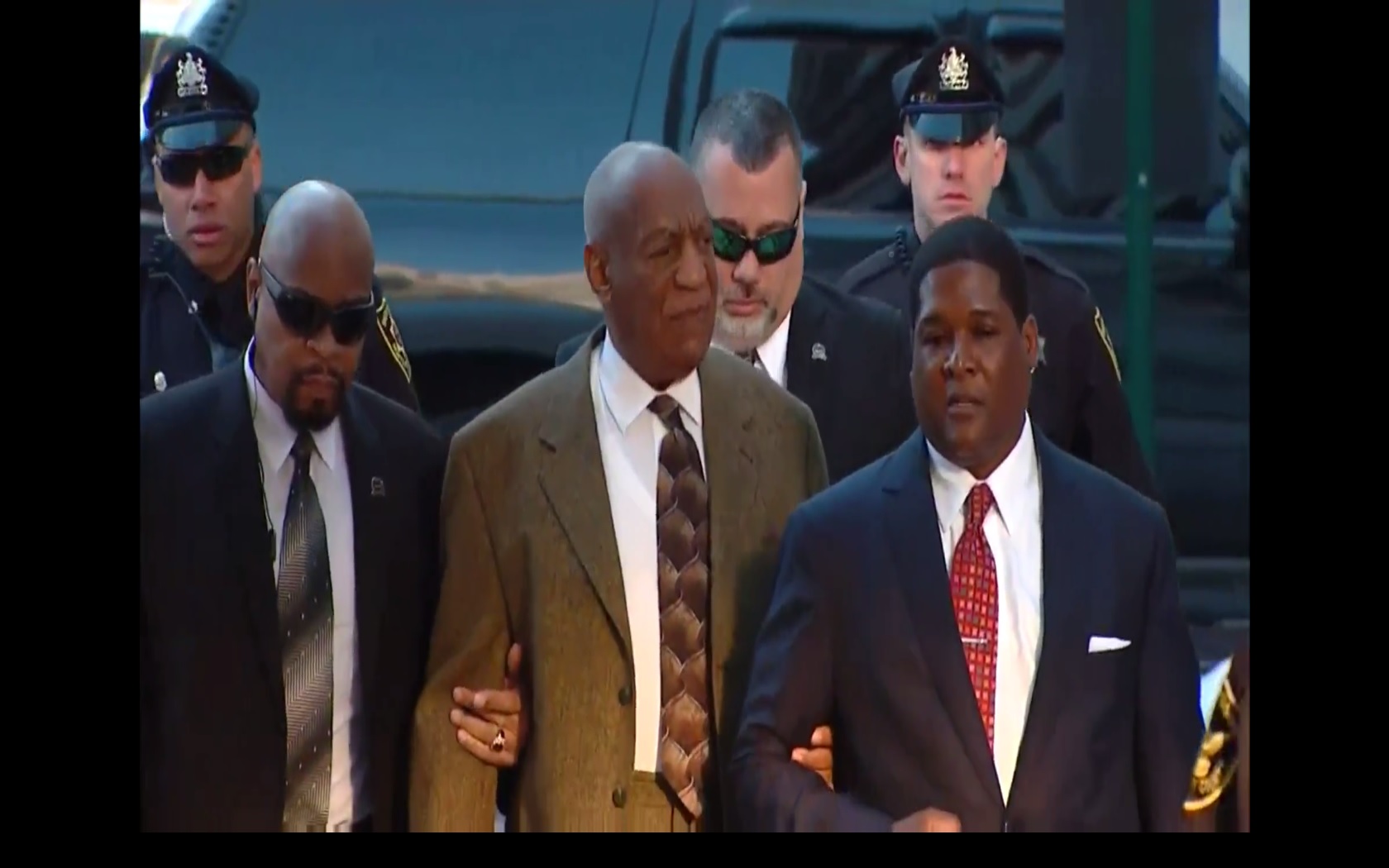 PHILADELPHIA -- Bill Cosby arrived at court Tuesday to try to get a sexual assault case against him thrown out, because of what his lawyers say was a binding commitment by a previous district attorney not to prosecute him a decade ago.

The current district attorney has said he has no record of such an agreement.

Cosby, 78, emerged from a black SUV just before 9 a.m., dressed in a tan suit and tie. Two men held his arms for support as he walked up a ramp to the Montgomery County Courthouse, and one carried Cosby's cane. The comedian chatted with his handlers while ignoring reporters' questions.

Cosby admitted in the deposition that he had a series of affairs with young models and actresses; had obtained quaaludes to give women before sex; and gave accuser Andrea Constand three pills before a January 2004 encounter at his home.

He called it consensual but she said she was drugged and violated. In an unusual twist, Castor is slated to be the defense's key witness on Tuesday. Castor insists that he forged an oral "non-prosecution" agreement in 2005 with Walter M. Phillips Jr., a Cosby lawyer who died last year.

It's not clear if anyone can corroborate Castor's account. However, Temple University board chairman Patrick O'Connor represented Cosby at the deposition. He still represents Cosby in some civil matters.

Anne Poulin, a law professor at Villanova University, said those involved in the case probably would want to hear from O'Connor "on the theory that, certainly as the lawyer representing Cosby in the civil case, he therefore needed to know what (Cosby's) exposure was to criminal prosecution before he was deposed."

Poulin believes the defense has a high bar to meet to get the case thrown out early on. At the same time, she said, "if they can win without this ever going to trial, then they've done their client a big service."

Kevin Steele, the new county district attorney, believes Cosby needed an immunity agreement - in writing - to avoid prosecution. He has said he has no evidence that one exists.

"I never made a deal that involved criminal cases that was not in writing," Lynne Abraham, a longtime judge and district attorney in Philadelphia, said Monday. "This is, to me, is an extremely unusual arrangement because the prosecutor, Bruce, has made a deal not involving a criminal case, but a civil matter."

The lawyer who served as Castor's top assistant in 2005 could also be called to testify. Risa Vetri Ferman, now a county judge, worked on the Constand case before succeeding Castor as district attorney in 2008.

She reopened the complaint last fall, asking Castor to submit any documentation of the supposed deal. Castor pointed to a 2005 press release about his decision not to prosecute Cosby.

Steele defeated Castor in the November election to succeed Ferman. He believes that Cosby needs a written immunity deal to get the case thrown out.

It's not immediately clear when Common Pleas Judge Steven T. O'Neill will rule.