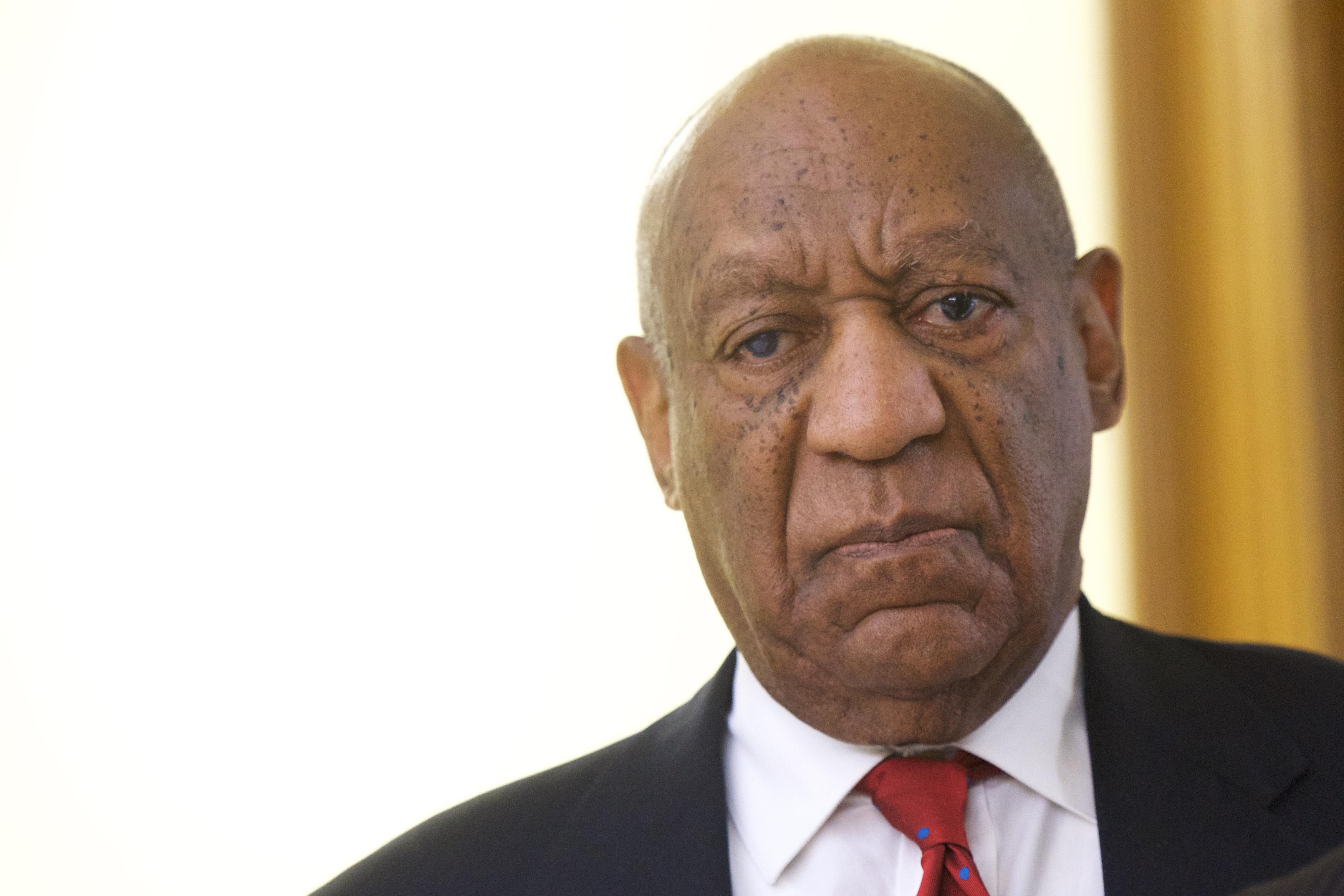 NORRISTOWN, Pa. -- Once among the most admired people in the country -- a role model known to television viewers as "America's dad" -- Bill Cosby now faces a long stretch in prison. The 80-year-old was convicted Thursday of three counts of aggravated indecent assault stemming from a crime that dates back more than a decade.

CBS News' correspondent Jericka Duncan reports that Cosby had no words for the cameras as the now-convicted felon headed home on bail, awaiting a sentencing hearing that the district attorney says will happen in the next 60 to 90 days.

After the verdict was read, there were tears and cheers from inside the Pennsylvania courtroom. Some emotional witnesses left the room and spilled into the hallway.

"I feel overcome by emotion," Cosby accuser Lili Bernard told Duncan after the verdict was handed down. "Like, it's surreal."

Cosby was stoic as he learned his fate and called District Attorney Kevin Steele an expletive after Steele fought to revoke Cosby's million-dollar bail.

Looking relieved and confident, the 45-year-old Canadian walked into Thursday's news conference with a message through her attorney Dolores Troiani.

"Justice was delayed, but it was not denied," she said.

Constand has maintained that in 2004 Cosby gave her pills to help her relax. But the pills left her body limp and paralyzed. She says it was then that Cosby sexually assaulted her in his Philadelphia area home.

Several women who had also accused Cosby of drugging and sexually assaulting them were in court Thursday, and were overcome by the verdict.

Steele held back tears as he talked about Constand's bravery.

"Nineteen who were willing to stand up with us, the prosecution, take the witness stand," Steele said. "We are humbled by the courage all of them showed."

Cosby is facing up to 30 years behind bars, but plans to appeal.

"We are very disappointed by the verdict," defense attorney Tom Mesereau said. "We don't think Mr. Cosby's guilty of anything and the fight is not over."

"He certainly has many issues going all the way back to the fact that he believed he was promised that he would not be prosecuted and therefore did not participate in a civil deposition. Evidence of that deposition came into this trial, including evidence about quaaludes, when the case was about benadryl," Klieman said. "Then there's exculpatory evidence that the defense did not get to present. I think they will have a list of appellate issues."

For Cosby, this conviction is the end of an era. Over three decades, the Philadelphia born comic became famous for creating Fat Albert and the groundbreaking "The Cosby Show." He was seen as a father figure to millions as Dr. Cliff Huxtable.

After his first trial ended in a hung jury, Cosby's new attorneys offered a new approach -- painting Constand as a con artist and pathological liar. That did not sway the jury.

Prosecutors say Cosby's TV dad persona was all an act, suggesting that his true character has not only been revealed, but that it was believed.

Several actors are commenting in support of Constand, from Alyssa Romano to Rose McGowan and comedian Larry Wilmore, who wrote on Twitter, "Believe the women."