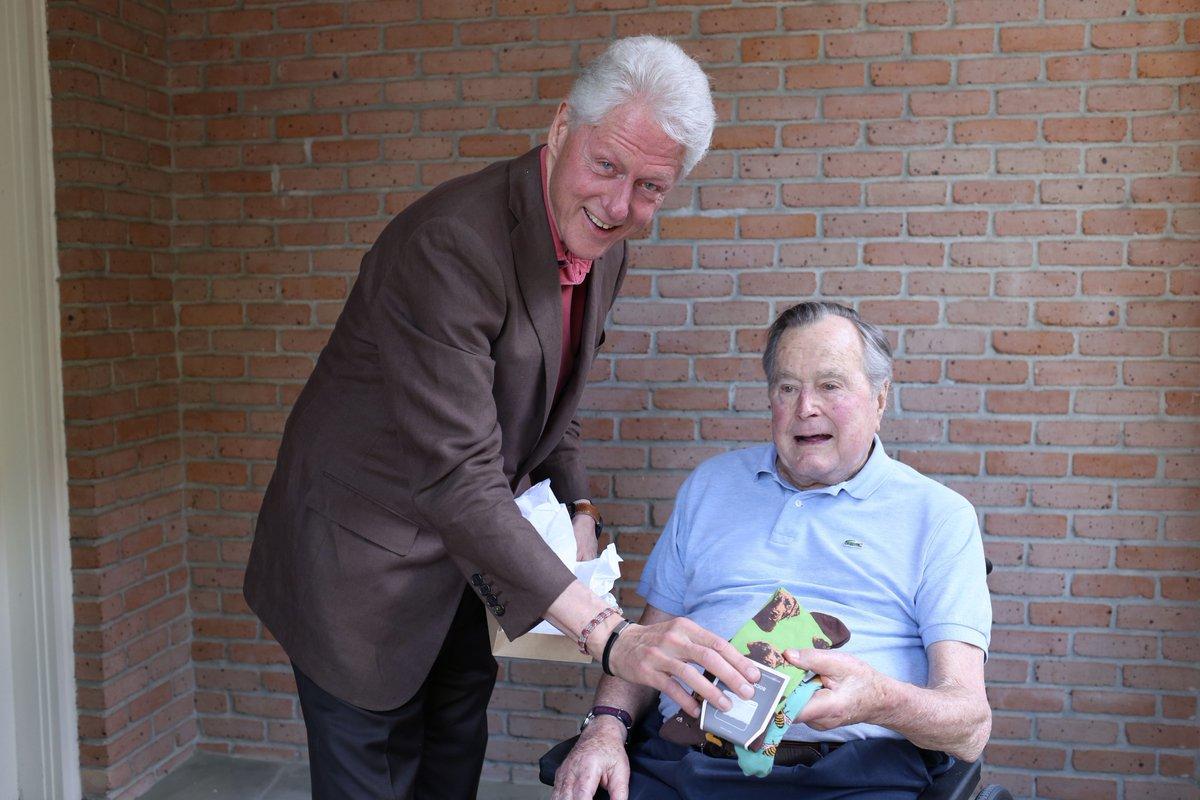 The presidential duo “caught up about kids, grandkids, old times and new times. And socks,” according to a tweet from the 42nd president on Sunday.

The photo included in the tweet shows Clinton gifting Bush two pairs of socks: a blue set featuring bees, and a green pair with chocolate labradors, likely chosen for their resemblance to the Clinton’s dog: Buddy.

The gift is a callback to their 2013 visit in which Clinton tweeted that he was “envious” of Bush’s “#sockswag.”

Bush, 92, is diagnosed with vascular parkinsonism, which mimics symptoms of Parkinson’s disease. In January 2017, he was hospitalized in the intensive care unit for two weeks with bacterial pneumonia.

“President Bush recently declared that he wants to live to be 100, and being a goal oriented person I would never bet against him,” Bush’s spokesman told PEOPLE. “He has rebounded nicely from his recent hospitalization.”