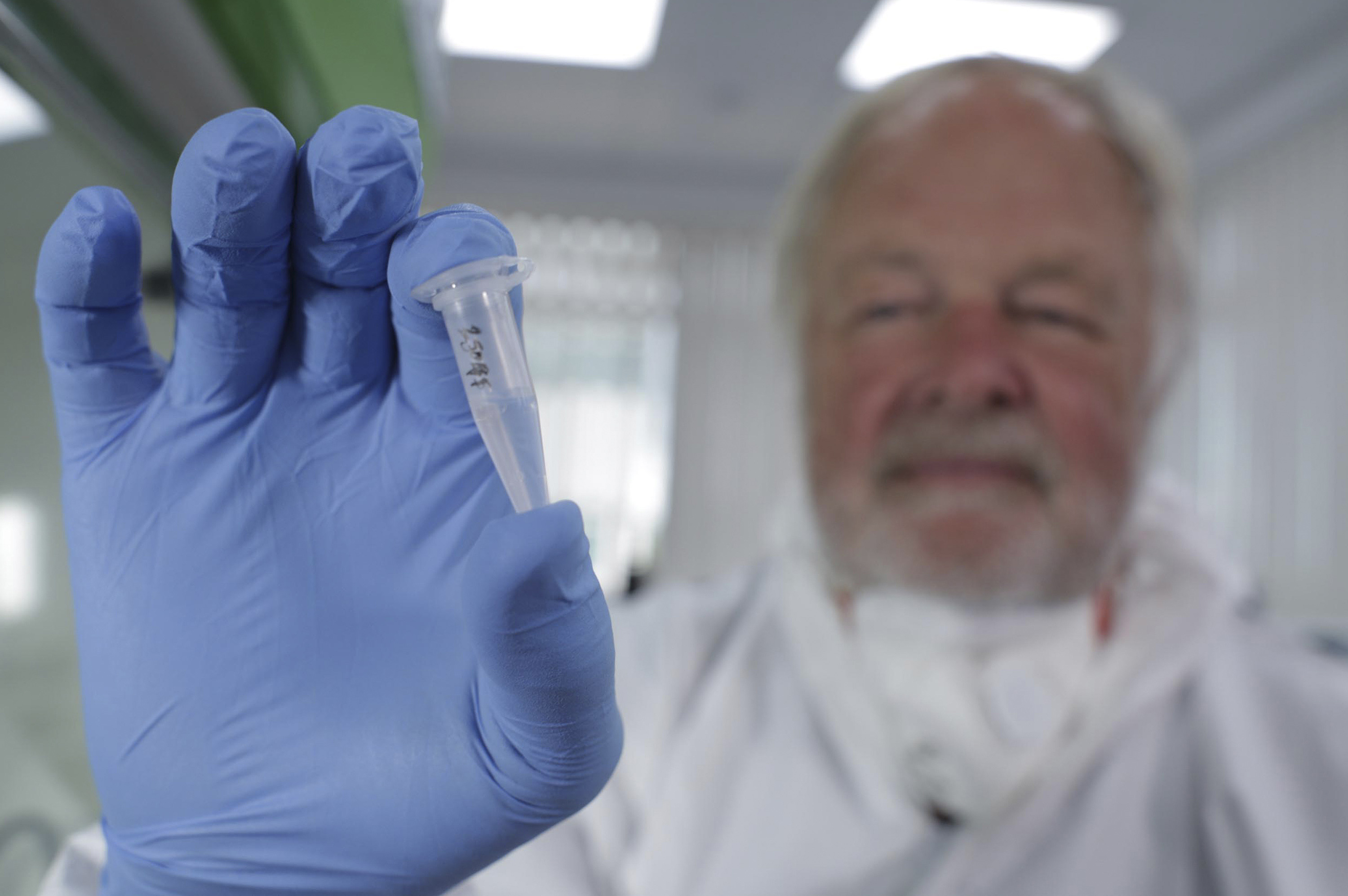 LONDON -- DNA testing is taking a bite out of the Bigfoot legend. After scientists analyzed more than 30 hair samples reportedly left behind by Bigfoot and similar mythical beasts like the Himalayan Yeti, they found all of them came from more mundane creatures like bears, wolves, cows and raccoons.

In 2012, researchers at Oxford University and the Lausanne Museum of Zoology issued an open call asking museums, scientists and Bigfoot aficionados to share any samples they thought were from the legendary ape-like creatures.

"I thought there was about a 5 percent chance of finding a sample from a Neanderthal or (a Yeti)," said Bryan Sykes of Oxford University, who led the research, the first peer-reviewed study of Bigfoot, Yeti and other "anomalous primates." The study was published online Wednesday in the journal, Proceedings of the Royal Society B.

Sykes and colleagues tested 36 hair samples from Bhutan, India, Indonesia, Nepal, Russia and the U.S. using DNA sequencing and all of them matched DNA from known animals. Most were from bears, but there were also hairs from a Malaysian tapir, horses, porcupine, deer, sheep, and a human.

While Sykes said they didn't find any proof of Bigfoot-related creatures, he acknowledged their paper doesn't prove they don't exist.

"The fact that none of these samples turned out to be (a Yeti) doesn't mean the next one won't," he said. The scientists did find two samples from ancient polar bears in the Himalayas, who are not known to live there. That suggests there could be a new or hybrid bear species out there, Sykes said.

Others said proving that Bigfoot is real requires significantly more than a mere hair sample.

"I would want visual or physical proof, like a body part, on top of the DNA evidence," said Todd Disotell, a professor of anthropology at New York University. He warned Bigfoot enthusiasts not to make assumptions when they find weird things in the forest. "Every mammal in the forest leaves hair and poop behind and that's what we've found," he said. "Just not the big guy himself."

Some experts said that if Bigfoot existed, there would be a lot more to find than just a few errant hairs.

"Those who believe in the Yeti, Bigfoot and the Loch Ness Monster need basic instruction in sex," said Stuart Pimm, an ecologist at Duke University, in an email. "Each Yeti has two parents, four grandparents and so on," he said. "There should have been herds of (Yetis)," he wrote. "Where were they hiding?"