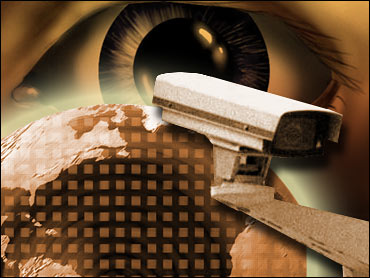 The Pentagon is developing an urban surveillance system that would use computers and thousands of cameras to track, record and analyze the movement of every vehicle in a foreign city.

Dubbed "Combat Zones That See," the project is designed to help the U.S. military protect troops and fight in cities overseas.

Police, scientists and privacy experts say the unclassified technology could easily be adapted to spy on Americans.

The project's centerpiece is groundbreaking computer software that is capable of automatically identifying vehicles by size, color, shape and license tag, or drivers and passengers by face.

According to interviews and contracting documents, the software may also provide instant alerts after detecting a vehicle with a license plate on a watchlist, or search months of records to locate and compare vehicles spotted near terrorist activities.

The project is being overseen by the Defense Advanced Research Projects Agency, which is helping the Pentagon develop new technologies for combatting terrorism and fighting wars in the 21st century.

Its other projects include developing software that scans databases of everyday transactions and personal records worldwide to predict terrorist attacks and creating a computerized diary that would record and analyze everything a person says, sees, hears, reads or touches.

Scientists and privacy experts - who already have seen the use of face-recognition technologies at a Super Bowl and monitoring cameras in London - are concerned about the potential impact of the emerging DARPA technologies if they are applied to civilians by commercial or government agencies outside the Pentagon.

"Government would have a reasonably good idea of where everyone is most of the time," said John Pike, a Global Security.org defense analyst.

DARPA spokeswoman Jan Walker dismisses those concerns. She said the Combat Zones That See (CTS) technology isn't intended for homeland security or law enforcement and couldn't be used for "other applications without extensive modifications."

But scientists envision nonmilitary uses. "One can easily foresee pressure to adopt a similar approach to crime-ridden areas of American cities or to the Super Bowl or any site where crowds gather," said Steven Aftergood of the American Federation of Scientists.

"Once DARPA demonstrates that it can be done, a number of companies would likely develop their own version in hope of getting contracts from local police, nuclear plant security, shopping centers, even people looking for deadbeat dads."

"Police executives are saying, `Shouldn't we just buy new technology if there's a chance it might help us?"' Fyfe said. "That's the post-9-11 mentality."

According to contracting documents reviewed by The Associated Press, DARPA plans to award a three-year contract for up to $12 million by Sept. 1. In the first phase, at least 30 cameras would help protect troops at a fixed site. The project would use small $400 stick-on cameras, each linked to a $1,000 personal computer.

In the second phase, at least 100 cameras would be installed in 12 hours to support "military operations in an urban terrain."

The second-phase software should be able to analyze the video footage and identify "what is normal (behavior), what is not" and discover "links between places, subjects and times of activity," the contracting documents state.

The program "aspires to build the world's first multi-camera surveillance system that uses automatic ... analysis of live video" to study vehicle movement "and significant events across an extremely large area," the documents state.

Both configurations will be tested at Ft. Belvoir, Va., south of Washington, then in a foreign city. Walker declined comment on whether Kabul, Afghanistan, or Baghdad, Iraq, might be chosen but says the foreign country's permission will be obtained.

DARPA told the contractors that 40 million cameras already are in use around the world, with 300 million expected by 2005.

Great Britain has an estimated 2.5 million closed-circuit television cameras, more than half operated by government agencies, and the average Londoner is thought to be photographed 300 times a day.

But many of these cameras record over their videotape regularly. Officers have to monitor the closed-circuit TV and struggle with boredom and loss of attention.

By automating the monitoring and analysis, DARPA "is attempting to create technology that does not exist today," Walker explained.

Though insisting CTS isn't intended for homeland security, DARPA outlined a hypothetical scenario for contractors in March that showed the system could aid police as well as the military. DARPA described a hypothetical terrorist shooting at a bus stop and a hypothetical bombing at a disco one month apart in Sarajevo, Bosnia-Herzegovina, a city with slightly more residents than Miami.

CTS should be able to track the day's movements for every vehicle that passed each scene in the hour before the attack, DARPA said. Even if there were 2,000 such vehicles and none showed up twice, the software should automatically compare their routes and find vehicles with common starting and stopping points.

Joseph Onek of the Open Society Institute, a human rights group, said current law that permits the use of cameras in public areas may have to be revised to address the privacy implications of these new technologies.

"It's one thing to say that if someone is in the street he knows that at any single moment someone can see him," Onek said. "It's another thing to record a whole life so you can see anywhere someone has been in public for 10 years."