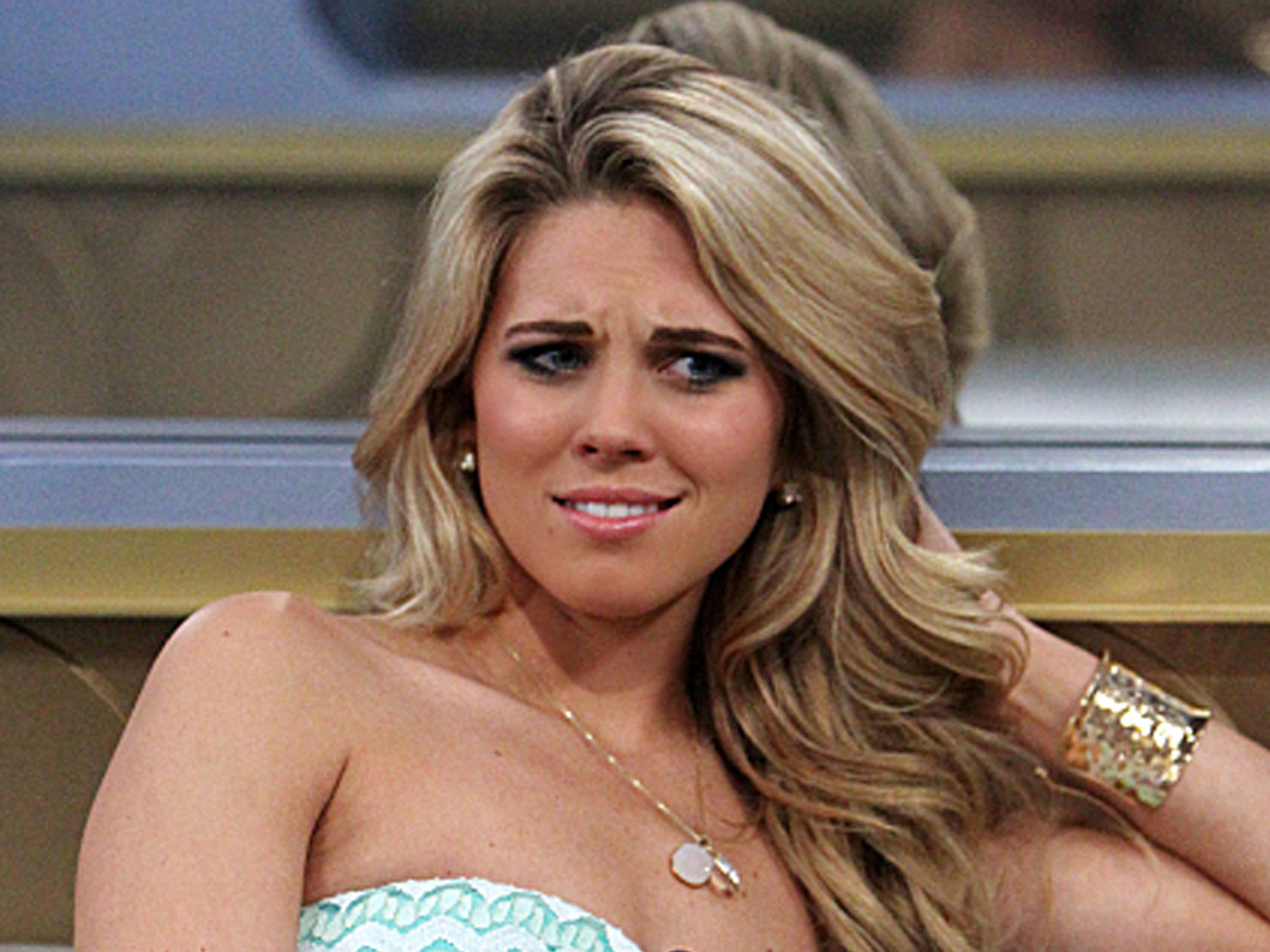 Racial tensions on"Big Brother" are only getting more severe as season 15 of the CBS reality competition series wages on.

Several of the houseguests, most notably Aaryn, have come under fire over the last several weeks for their racially-charged comments and it seems they haven't changed their behavior yet, perhaps because they have been isolated from the outside world while on the series and do not yet know how their remarks have been perceived by the public.

An intense war of words erupted on the show's 24/7 live feed Thursday night between Candice, who is black, and several of the other white female contestants. There aren't enough beds for all of the houseguests, which has forced them to share sleeping space. Aaryn played a prank on Candice by flipping her bed over and the two became engaged in an argument.

It was at that point that Aaryn then began using a mocking accent, snapping her fingers while asking, "Whatcha gonna do girl?"

GinaMarie got involved and asked Candice if she wanted to see her "black come out."

Howard, a black houseguest who works as a youth counselor, pulled Candice out of the room and de-escalated the situation, urging her to rise above the comments.

The full exchange can be viewed here, but we caution that there's graphic language throughout the clip.

The comments concerning race have offended some viewers, including the show's own host Julie Chen, an Asian- American, who previously addressed the issue on her other series, CBS' "The Talk."

Chen signaled out Aaryn in particular for her comments about houseguest Helen, who is of Asian descent.

"The really sad part was, it took me back to the 70s...being called a 'chink' and people pulling their eyes," Chen said on "The Talk" on Monday. "It just made me sad, because [Aaryn is] 22 and she's college-educated."

On Thursday night's episode of "Big Brother," Chen once again addressed the issue and how it has affected the contestants' lives inside the house.

After several of the houseguests discussed Aaryn's past remarks, Amanda urged her to be more mindful of what she says. Aaryn wasn't having it, displaying no remorse and refusing to back down from her previous statements.

"I'm not even going to acknowledge it because it's the biggest joke," Aaryn said, pointing out that she has often been made fun of by the houseguests for being blonde.

It looks like the tensions are only going to intensify.

The next episode of "Big Brother" airs this Sunday at 8 p.m. ET on CBS.

Tell us: How do you think the issue of race on "Big Brother" should be handled?