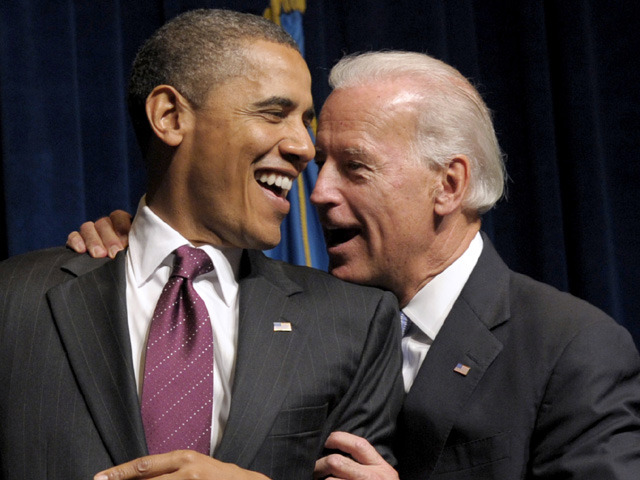 Sarah Palin has used the weeks since the Nov. 2 election to declare that she is indeed considering a run for president in 2012 and that she believes she could defeat President Obama.

In television appearances Thursday and Friday, Vice President Joe Biden pushed back - at least a little - saying that he believes Palin has a good chance of winning the Republican nomination in 2012 but that Mr. Obama "would be in good shape" to beat her in the general election.

"My mom used to have an expression - 'Be careful what you wish for, Joe, you may get it.' So I never underestimate anyone," Biden told CNN's Larry King Thursday. "But I think, in that race, it would be a clear, clear choice for the country to make, and I believe President Obama would be in very good shape."

It's not clear what the White House had to gain from responding to two years ahead of the next election, but Biden made a point of repeatedly stressing that Palin is not to be underestimated, even though he believes Mr. Obama would win.

Biden echoed the same theme during a Friday appearance on MSNBC's "Morning Joe."