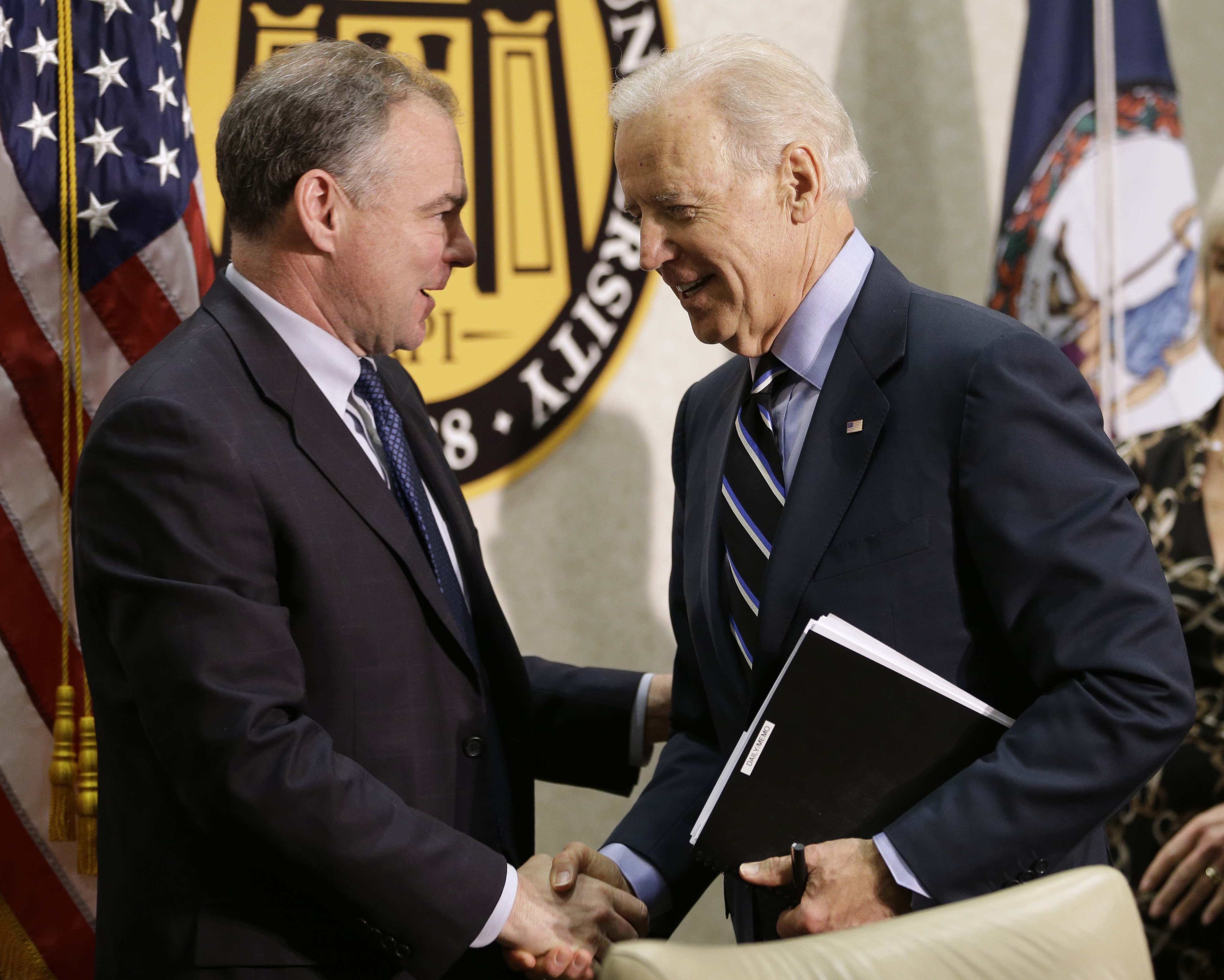 As the White House continues its push to gain public support for stronger gun laws, Vice President Joe Biden today took his case to Richmond, Va., where he consulted a handful of experts and public officials about how to reduce gun violence in America.

Speaking at Virginia Commonwealth University after an hours-long meeting with both federal officials and several people who served on a review panel following the 2007 Virginia Tech shootings, Biden said he and his team were able to "quiz" those who had studied and learned from the Virginia Tech massacre, and emphasized a few points about which "there seemed to be a pretty broad consensus." Among those points include a background check system that would more effectively prohibit certain people from owning a gun and increased access to mental health benefits.

"We talked about the need to expand mental health capacity across the country. We talked about access and we talked about resources," Biden said. "But most of the focus was on, what are the recommendations from these professional about how we can detect earlier than later those folks who would have the propensity" to carry out mass shootings as well as more commonplace gun violence.

In the aftermath of December's mass shooting at Sandy Hook Elementary School, in which 20 first-graders and six adult administrators were shot and killed, the White House has made a hard push for tough new gun laws. In the days following the attack, President Obama tapped Biden to lead a task force aimed at developing actionable ways to reduce gun violence in America, and last week, the president unveiled a wide-ranging list of proposals based on Biden's recommendations. Now, Biden is participating in the public campaign to build support for those ideas.

Democratic lawmakers have also been working in conjunction with the White House to put forward legislation relating to these proposals, and yesterday unveiled an updated version of the Assault Weapons Ban, which expired in 2004. The new bill would prohibit 158 specifically named military-style firearms and certain semiautomatic weapons, as well as outlaw ammunition magazines that hold more than 10 rounds. Unlike the 1994 ban, however, which defined an assault weapon as a gun that had two or more features or cosmetic accessories such as a pistol grip, the 2013 ban would limit those features to one, which Sen. Dianne Feinstein, D-Calif., said would make it harder for assault weapons manufacturers to get around the law. The new bill would also not expire, as the 1994 bill did after 10 years.

There are significant congressional hurdles, however, to actually passing any legislation to this effect. Pushing tough new gun laws through Congress would require at least some Republicans to buck longstanding party opposition to any such legislation, and so far there is little evidence of that kind of movement.

Still, advocates are insistent that, while by no means easy, the task at hand is not impossible.

Speaking after the vice president, Sen. Tim Kaine, D-Va., argued that despite the political hurdles surrounding the debate, "there are things you can do that work to reduce gun violence."

Biden, who has ardently advocated gun control throughout his career, argued that the nation has an "obligation to act."

"What happened up in Newtown - beautiful little babies, six and seven years old, riddled-- riddled -- with bullets," he said. "There are certain things we know with certainty would diminish the prospects of what happened at Virginia Tech" and Newtown.

"With our help of our colleagues in the House and Senate we're going to get something done," he insisted.

Asked by what means he might achieve that, Biden replied, "persuasion and information."