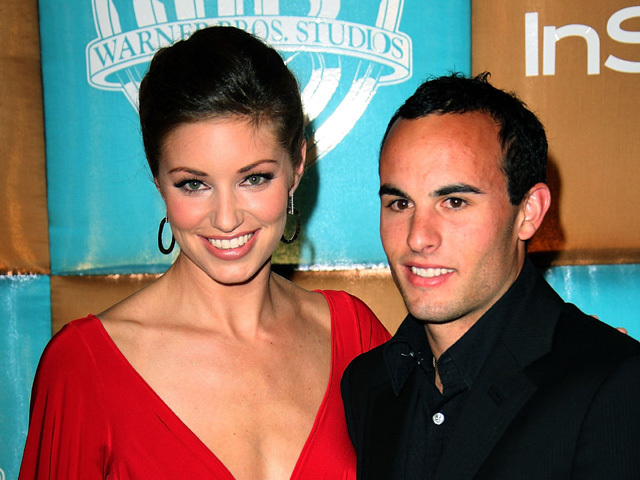 NEW YORK (CBS) After being separated for a year, soccer star Landon Donovan is now seeking to officially end his four year marriage to "Rules of Engagement" actress Bianca Kajlich.

The 28-year-old midfielder filed for divorce from Kajich, 33, Tuesday, according to Los Angeles Superior Court papers obtained by TMZ.

"We remain the closest of friends and will always be important parts of each other's lives," the pair said in a joint statement.

Rumors circulated about a possible reconciliation during the World Cup in June after Donovan blew a kiss to Kajlich on-camera after scoring the winning goal against Algeria.

Shortly after, a report surfaced that claimed Donovan fathered a love child while he was playing on loan for the English Premiere League's Everton club in the winter of 2009.

The USA soccer player later said the report was false, telling E! News while at this years ESPY Awards, "I will not be a dad any time soon, which is good news for me."

He cited irreconcilable differences in the divorce petition and is seeking spousal support. The two have no children together.