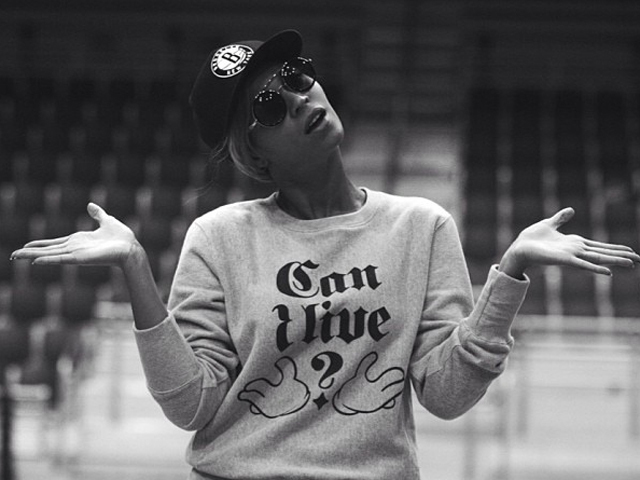 Beyonce is gearing up for Super Bowl Sunday, posting photos from her halftime show rehearsals in New Orleans.

The R&B pop star, who's been making headlines over her inauguration performance, is seen in a series of personal Instagram pictures. In one shot, she's wearing a sweatshirt with the phrase, "Can I live?" -- which happens to be the name of one of her husband, Jay-Z's, songs. Beyonce is seen in another photo wearing a Brooklyn Nets T-shirt.

She shared another snapshot, featuring a group of dancers.

There's been a lot of speculation over Beyonce's potential set list and overall performance set-up. Last week, Us Weekly reported that Beyonce was planning to bring out Destiny's Child as part of her halftime show. But fellow Destiny's Child member Michelle Williams blasted the reports, telling WRUG Media it's "not confirmed," adding, "I'm going to be in the musical Fela!. I hate to disappoint the people and tell them that it's not true."

Williams said that they've talked about performing together again and that she hopes it happens "one day soon."

The Baltimore Ravens will take on the San Francisco 49ers at Super Bowl XLVII on Feb. 3.