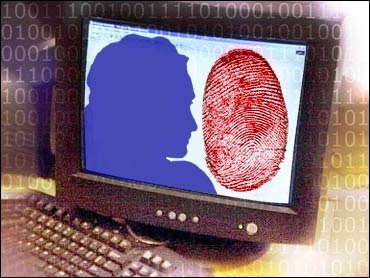 The FBI, the Federal Trade Commission, and the National Consumers League held a news conference Monday to warn about so-called "phisher sites" reports CBS News technology consultant Larry Magid. Stealing identities and credit card numbers with bogus e-mail and Web sites that appear to come from legitimate companies is an increasing problem on the Internet.

The Federal Trade Commission said it had brought its first case against this type of scheme. A 17-year-old California boy accused of posing as America Online agreed to settle federal charges by accepting a lifetime ban on sending junk e-mail and paying a $3,500 fine, the FTC said.

The FBI has received increasing numbers of complaints about this kind of scam, said Keith Lourdeau, a section chief with the bureau's Cyber Division.

"Due in part to this growing scam, we are seeing a rise in identity theft, credit card fraud and other Internet frauds," Lourdeau said at a news conference. Officials said they didn't know how many people have been victimized by the scam.

In the California case, consumers received authentic-looking e-mails claiming there was a billing problem with their AOL account and asking them to update their information or risk losing Internet access, the FTC said. The message included a link to an "AOL Billing Center," a fake Web page dressed up with the company's logo, colors and links to real AOL sites.

The FTC said the stolen information was used to order merchandise and make online payments worth at least $8,000. The agency said it would not release the name of the teen involved because he is a minor.

Also be on the lookout for e-mail about eBay. Police say e-mail currently making the rounds is connected to a Caribbean scam. The e-mail claims to come from online auctioneer eBay. It tells customers that their eBay accounts are being suspended for violations of Web site policy -- such as pretending to be another user. The e-mail says the accounts will be deleted -- unless customers can prove they're the real owners. That also requires personal information, sent to a Web site called Safe-harbours-dot-com.

"Don't take the bait. Be skeptical of e-mail messages telling you your account will be shut down," FTC Commissioner Mozelle Thompson said. "If you do receive an e-mail warning like this, don't click on the link."

Instead, he said, people should contact the company directly by phone or through a Web site or e-mail address known to be authentic.