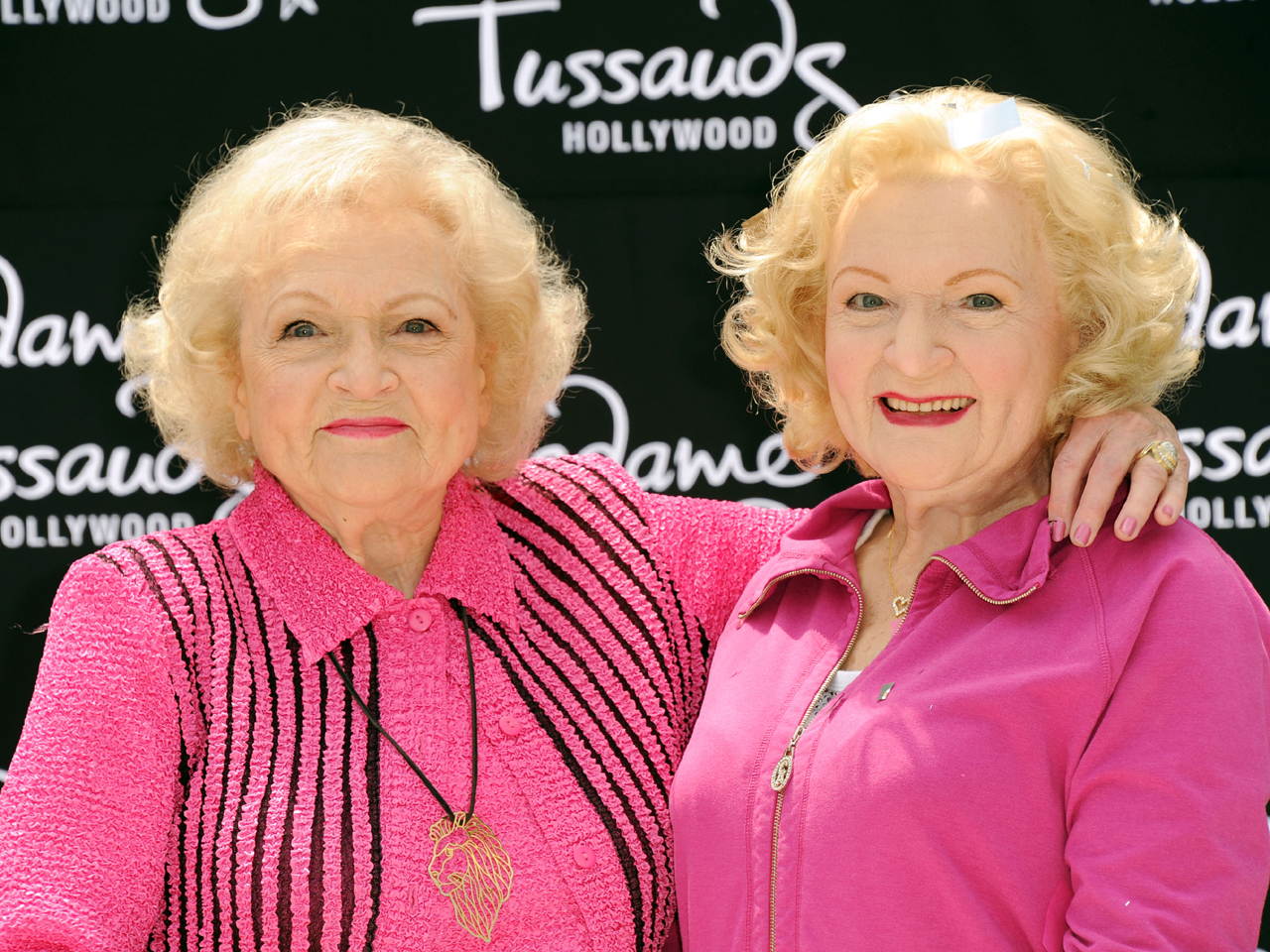 (CBS News) Betty White is the latest star to be immortalized in wax.

The "Hot in Cleveland" star unveiled her pink-clad replica at Madame Tussauds in Los Angeles on Monday.

But, she joked, "Why did they wait to do this until I was 90? A few decades ago would've been swell."

The season finale of "Hot in Cleveland" airs Wednesday at 10 p.m. EDT on TV Land.