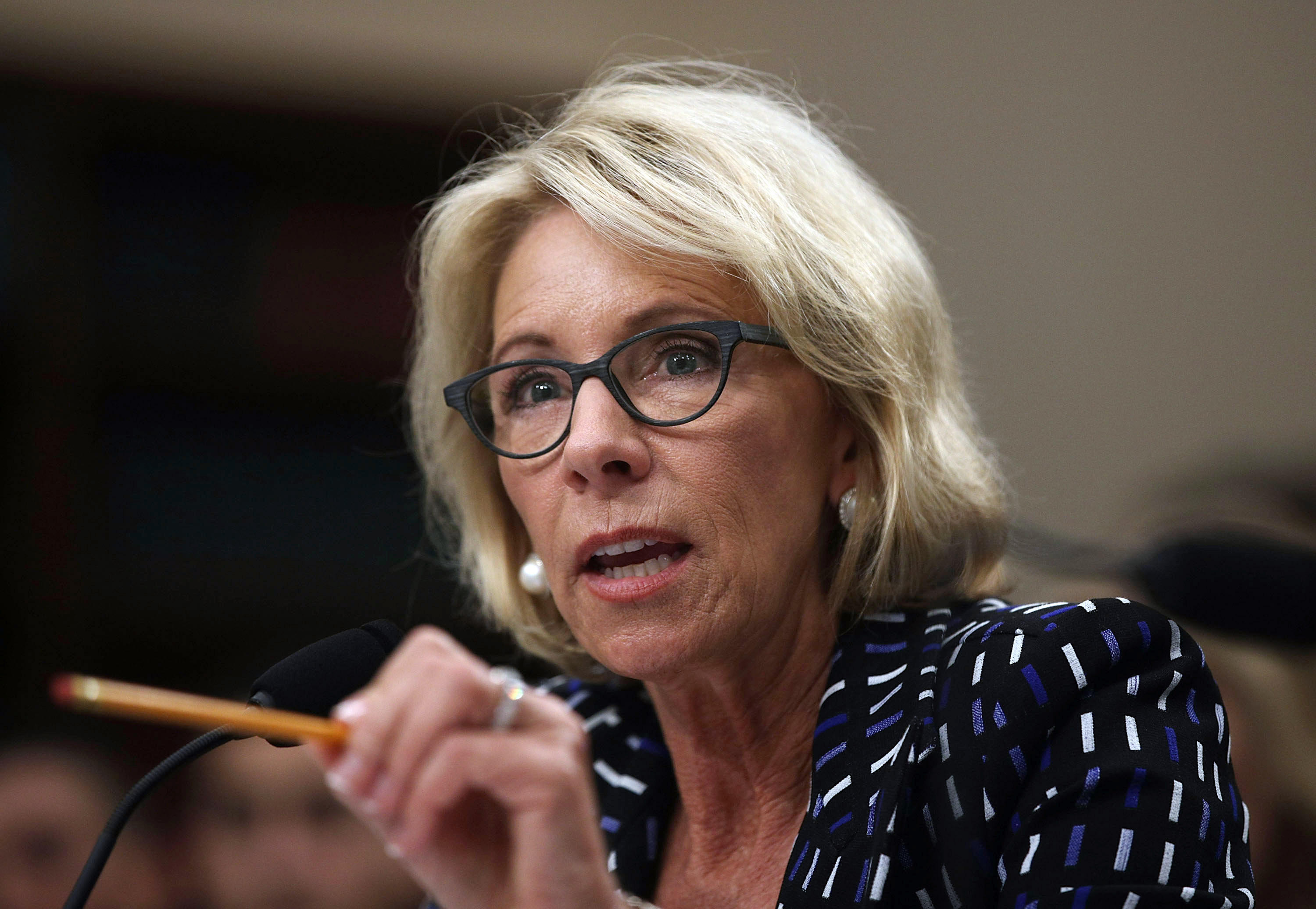 Education Secretary Betsy DeVos is proposing a major overhaul to the way colleges handle complaints of sexual misconduct. The Education Department released a plan Friday that would require schools to investigate sexual assault and harassment only if the alleged misconduct was reported to certain campus officials and only if it occurred on campus or other areas overseen by the school.

The plan would narrow the definition of sexual harassment and allow students accused of misconduct to cross-examine accusers in campus hearings.

"Every survivor of sexual violence must be taken seriously, and every student accused of sexual misconduct must know that guilt is not predetermined," DeVos said in a statement.

Such as Corey Mock, who was expelled from the University of Tennessee-Chattanooga after the school found him responsible for sexual misconduct. Mock's father Conrad said his son was wrongly accused.

"This never leaves you," Conrad Mock said. "It follows you forever"

Mock fought back and won. A judge ruled there was not enough evidence the sex was nonconsensual.

"We won our case, and my son still has issues," Conrad Mock said. "This will follow him for the rest of his life. It's a horrible thing."

The new rules restore some rights for the accused -- allowing cross examination of witnesses and no longer requiring a lower standard of proof for sexual assault cases.

Opponents say they will make students less safe. Fatima Goss Graves of the National Women's Law Center told CBS News one in five students say they have experienced sexual misconduct while in college.

While DeVos has condemned acts of sexual misconduct as "reprehensible, disgusting and unacceptable, they are acts of cowardice and personal weakness," DeVos has criticized the investigative process of Title IX investigations and cases.