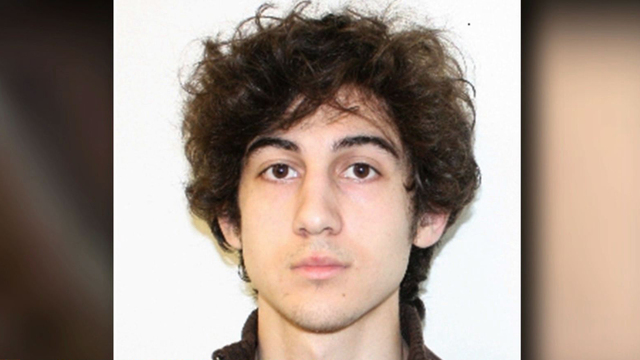 BOSTON - A federal judge ruled Wednesday that "betrayal of the United States" may not be among the factors prosecutors cite when arguing that Boston Marathon bombing suspect Dzhokhar Tsarnaev should get the death penalty if he is convicted at trial.

U.S. District Court Judge George O'Toole said it was "highly inappropriate" for prosecutors to draw a distinction between a "naturalized" and "natural-born" U.S. citizen.

Federal prosecutors have argued, in part, that Tsarnaev, now 20, deserves the death penalty because he betrayed his allegiance to the country that granted him asylum and, later, citizenship. Tsarnaev lived in the former Soviet republic of Kyrgyzstan and later in Russia before moving to the U.S. with his family at age 8.

"Just seven months after swearing an oath to defend his adopted country and stand by his fellow Americans, Tsarnaev violated the oath by attacking America and terrorizing and murdering people on American soil," U.S. Attorney Carmen Ortiz's office wrote in an April filing. "He did so, by his own account, to punish America for the actions of American soldiers who, in fulfilling their own oaths to protect and defend the Constitution, were waging a war against terrorism overseas."

Tsarnaev's attorneys have said the government's argument is unprecedented in death penalty cases.

"(I)n not one of the 492 cases before Mr. Tsarnaev's has the government cited the fact of a defendant's American citizenship, the way he became a citizen, any aspect of his immigration history, or his enjoyment of the freedoms of an American citizen as a reason to sentence him to death," the defense wrote in a May filing.

The betrayal argument was among a number of factors prosecutors cited in January when they gave the court notice of their intent to pursue the death penalty. Others were Tsarnaev's apparent "lack of remorse," the "substantial planning and premeditation" in involved in executing the attack and the bombers' decision to specifically target the city's "iconic" marathon.

In other matters Wednesday, O'Toole denied a request by Tsarnaev's lawyers to allow them to meet with their client and his sisters in prison without federal agents present.

Instead, he accepted a compromise offered by prosecutors: assigning an FBI agent or other federal official not assigned to the case, for security purposes.

The judge also issued a warning to prosecutors about former or current members of its team speaking to the media. The warning comes after the defense objected to what it called "leaks" from retired FBI agents during interviews they gave around the April anniversary of the bombings.

But O'Toole declined to impose sanctions if such disclosures happen again, as Tsarnaev's lawyers sought. Prosecutors have said the interviews contained information that already was public.

One key question not addressed at the hearing was the Wednesday deadline for the defense to formally request to move the trial out of Boston.

Tsarnaev's lawyers have said they will pursue a venue change, citing the intense media coverage of the case.

The defense had wanted until Aug. 3. to craft its legal argument. But O'Toole denied that request last week after already pushing the deadline back once before, from Feb. 28 to June 18.

Prosecutors say Tsarnaev and his brother, Tamerlan, planted two bombs that exploded near the finish line of the 2013 marathon, killing three people and injuring about 260 others. Tamerlan died following a shootout with police several days later.

Dzhokhar Tsarnaev has pleaded not guilty to 30 federal charges. His trial is expected to begin in November.