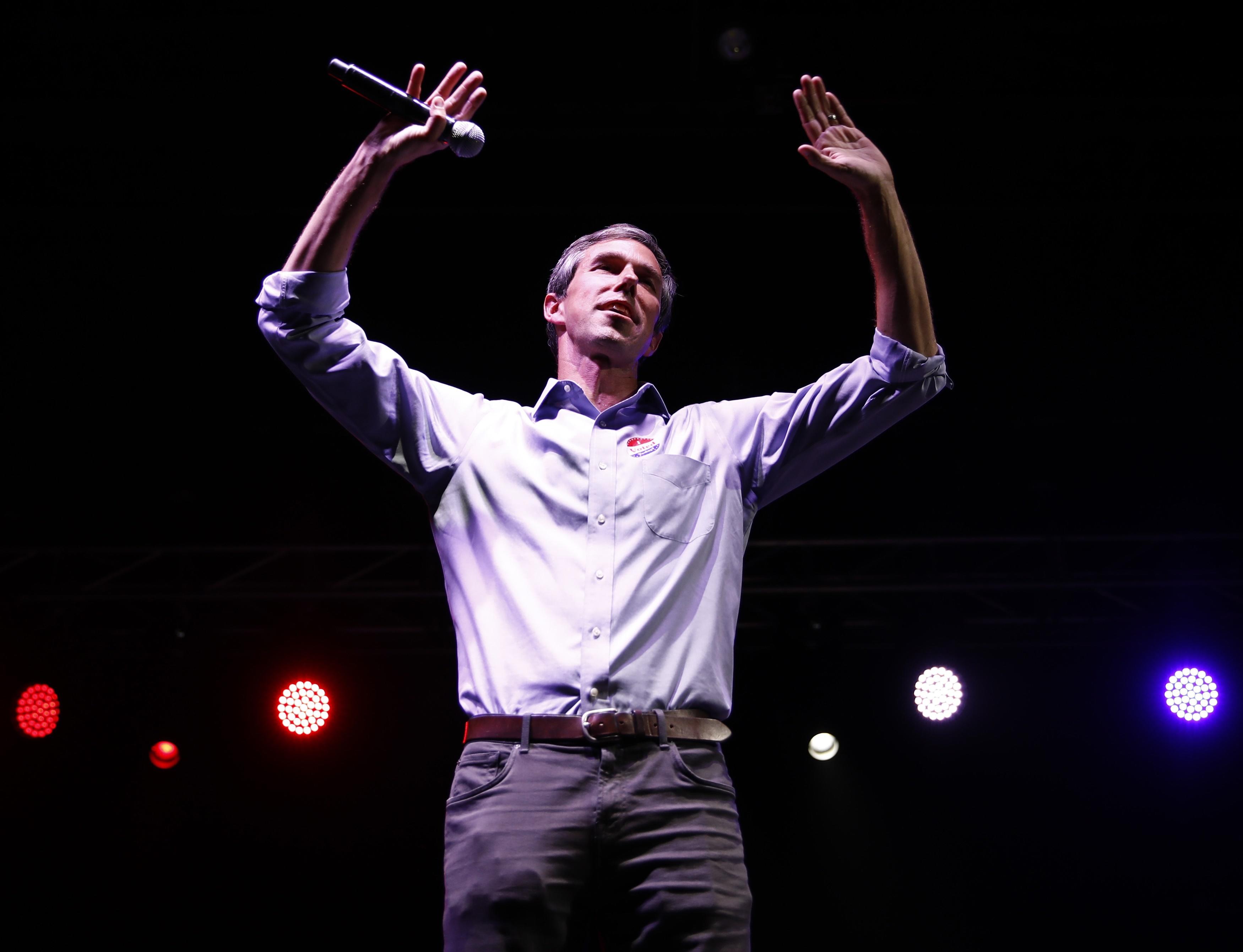 AUSTIN, Texas -- Democrat Beto O'Rourke said Monday he isn't ruling out a potential 2020 presidential run, walking back earlier pronouncements that he wouldn't seek the White House regardless of the outcome of his Senate campaign in Texas. O'Rourke told "60 Minutes" just days before Election Day that "win or lose, I'm not-- I'm not running in, in 2020."

O'Rourke, a three-term congressman who lost to Republican Sen. Ted Cruz this month, was asked during a town hall in his native El Paso about whether he was considering a presidential bid. He described vacationing last week with his family - something he said he couldn't do for 18-plus months while challenging Cruz.

O'Rourke said he's focused on "being together as a family" and representing his district until leaving the House on Jan. 3. But after that, he and his wife will "think about what we can do next to contribute to the best of our ability to this community."

The congressman then grinned at his wife, Amy, who was in attendance, and playfully asked, "How was that? Was that OK?"

O'Rourke told similarly told "60 Minutes" that he wanted to focus on his family. "Amy and I are raisin' an 11-year-old, a 10-year-old and a 7-year-old," O'Rourke said. "And we spent the better part of the last two years not with each other, missing birthdays and anniversaries and time together. And we-- we-- our-- our family could not survive more of that. We, we need to be together."

O'Rourke shattered fundraising records and became a star in national political circles amid his race with Cruz, which he lost by less than 3 percentage points. That was close enough in deep-red Texas to spark speculation O'Rourke could try and keep the momentum going with a presidential campaign.

"I want you to be president," declared one questioner at the El Paso town hall, to which O'Rourke only smiled and changed the subject. He also refused to say whether he might accept being on a Democratic ticket as the nominee for vice president.

Addressing reporters later, O'Rourke acknowledged that his latest answer was a departure from his earlier insistence that he wasn't interested in a presidential run. However, he provided no further details on what his next moves might be. According to the Texas Tribune, O'Rourke told reports that now that the Senate race is "no longer possible," he and his wife have "made a decision not to rule anything out."

"The best advice I received from people who've run for, and won — and run for, and lost — elections like this, is: Don't make any decisions about anything until you've had some time to hang with your family and just be human," O'Rourke said. "And so I am following that advice."

According to the Texas Tribune, Monday's town hall was the 102nd since he took office at the start of 2013. He said he has two more left.

Beto O'Rourke drops out of the presidential race

Beto O'Rourke says he expects Americans to surrender their guns

Amy O'Rourke has mixed feelings about her husband's cursing

Texas lawmaker tweets at O'Rourke: My AR-15 "is ready for you"
More