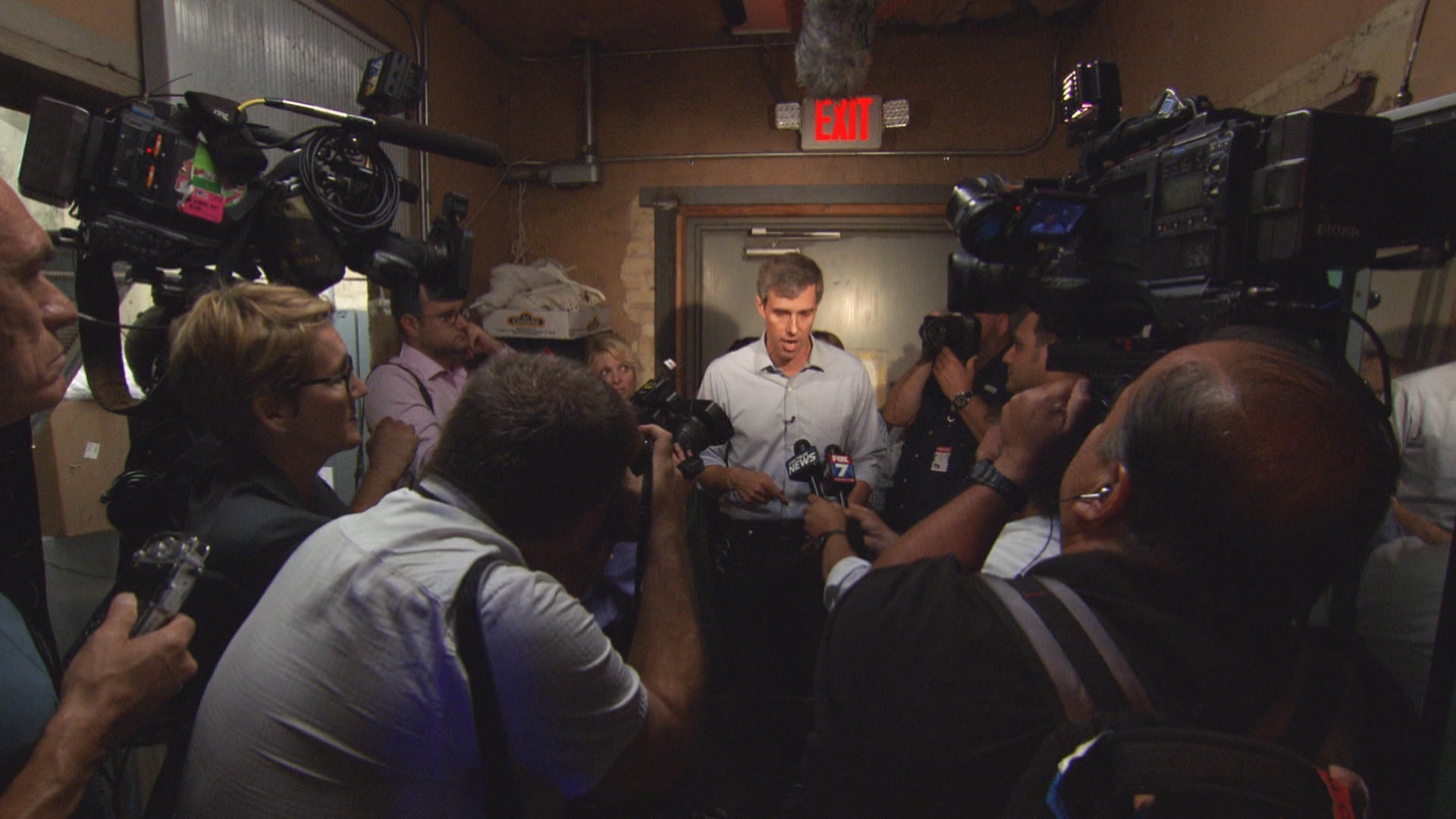 In the video above, correspondent Jon Wertheim asks Senator Ted Cruz and Congressman Beto O'Rourke about their possible plans for higher office beyond 2018. Below is a transcript. For 60 Minutes' full report on the Senate race in Texas, click here.

JON WERTHEIM: You share the others seem to have that this race may have a rematch. And it may not be the in Texas Senate. That we may be witnessing two future presidential candidates here.

TED CRUZ: Look, who knows? I-- I-- I do think Congressman O'Rourke has his eyes set on Iowa and New Hampshire. He--

JON WERTHEIM: We've heard a lotta people speculate that you and Sen. Cruz may face each other again, not in a Senate rematch but running for a higher office. What are your thoughts on-- on running for president?

BETO O'ROURKE: I don't wanna do it. I will not do it. Amy and I are raisin' an 11-year-old, a 10-year-old and a 7-year-old. And we spent the better part of the last two years not with each other, missing birthdays and anniversaries and time together. And we-- we-- our-- our family could not survive more of that. We, we need to be together.

JON WERTHEIM: Is that reversible? You're saying you'll, you'll never run for president?

BETO O'ROURKE: I'm saying that if elected to the Senate, I'll serve every day of that six-year term, that I'm not lookin' at 2020. And, and, in fact, am completely ruling that out, not going to do that.

JON WERTHEIM: No matter what? Win or lose you're not gonna run--

BETO" O'ROURKE: Win or lose, I'm not-- I'm not running in, in 2020. I gotta tell you, it's incredibly flattering that anyone would ask me the question or that that's even up for discussion. But, but since people have asked, the answer's no.

JON WERTHEIM: You didn't sidestep that.