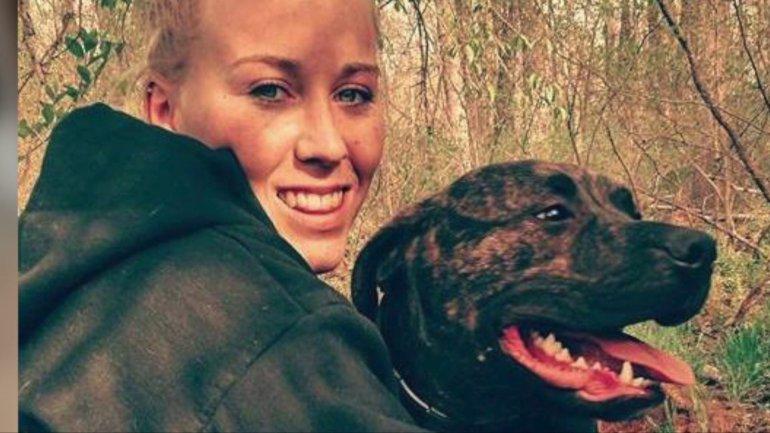 GOOCHLAND, Va. -- Authorities have revealed gruesome details about the death of a 22-year-old woman who was mauled by her pit bulls in Virginia. Goochland County Sheriff James Agnew said deputies found Bethany Lynn Stephens' dogs, which each weighed more than 100 pounds, eating her rib cage when they located her body Thursday in a wooded area of Glen Allen.

"There was no evidence of any larger animal there," Agnew said during a news conference Monday, in response to the widespread belief that perhaps Stephens was attacked by a wild animal. "There were also scratch marks consistent with a smaller animal than something like a bear."

Stephens' father said he made the decision to capture the dogs instead of shooting them at the scene. They were euthanized shortly after the attack. The dogs' remains are being preserved at the attorney general's office until a lab can run a toxicology test.

CBS News affiliate WTVR-TV reports there were no strangulation marks on Stephens' body. Detectives do not believe foul play is involved in her death, and the medical examiner concluded there was no sexual assault involved in the incident.

But Agnew says authorities are "still doing forensic tests." A toxicology report is being run on Stephens and is expected to be completed in about three months.

During the news conference, Sgt. Mike Blackwood said Stephens left her dogs with her father, but "he wasn't taking care of them" because "it wasn't his responsibility." The indoor dogs were moved outside where they stayed "in the cold." Stephens visited about five times per week so the dogs subsequently became more isolated and only had contact with each other, police said.

"The family is devastated, they are worn out," Agnew said. "They are dealing with trying to piece everything together. They wish to remain private."